The Sunshine Girls are as bright as their name suggests. The Jamacian team are a formidable outfit and will prove a challenging test for any of their World Cup opposition. Ranked second in the INF World Rankings, they have appeared at every World Cup since its inception in 1963 and have won bronze three times. As one of the top five teams in the world, they automatically qualified for the competition.

Netball is the most successful sport in Trinidad and Tobago. Indeed, in 1979, they became the only nation other than Australia and New Zealand to win the World Cup. They have also appeared in 13 of the 14 editions of the tournament. Affectionately known as the Calypso Girls, Wesley Gomes’ team went through their regional qualifiers undefeated to book their place in Liverpool.

Vibrant, athletic and accurate, goal attack Kalifa McCollin will represent Trinidad and Tobago this summer. The 23-year-old was a standout player for Celtic Dragons in 2019 and was rewarded with a place in the league’s All-Star VII. McCollin scored 419 goals last season and achieved a 92% shooting average at the 2015 World Cup.

Celtic Dragons goal keeper Stacian Facey, 25, has been selected to appear at the 2019 World Cup by Marvette Anderson after a hugely successful period in her career, winni 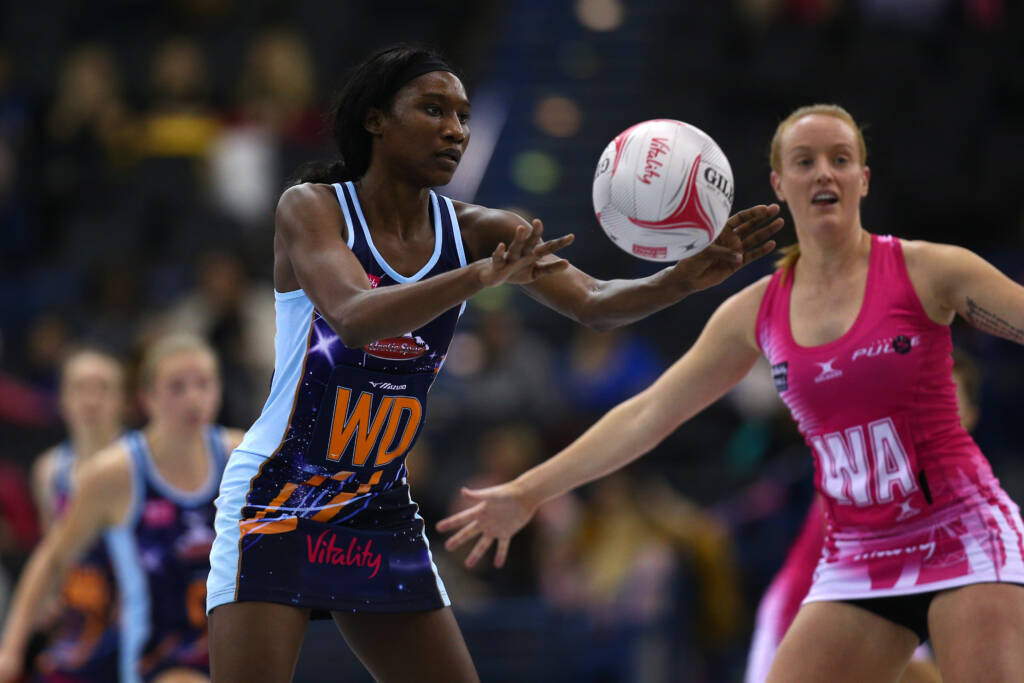 Making her World Cup debut in Liverpool, Jodi-Ann Ward has enjoyed a stellar season for Severn Stars. Ward, who can play as wing defence and goal defence, was instrumental for Stars as they qualified for the British Fast5 Netball All-Stars Championship. The 24-year-old was also among the top ten for Vitality Netball Superleague interceptions last term with an impressive 29.

The Sunshine Girls have come head-to-head with Trinidad and Tobago twice in recent years. Two international friendlies in October 2018 were organised in Jamaica and the hosts came out on top both times. The Trinidadians fell 61-40 before losing 51-40 three days later.

When the Vitality Netball Superleague’s sole Trinidad and Tobago representative, Kalifa McCollin, came up against Jodi-Ann Ward’s Severn Stars, her Dragons side lost on both occasions. Ward earned herself the accolade of Player of the Match in their first encounter and constantly stifled the Dragons attack, turning over ball-after-ball in the first five minutes.

Ward was a lot busier against McCollin and international teammate Stacian Facey in the reverse fixture, though. It took a gargantuan effort in the final quarter from Stars to overturn a five-goal deficit.

Make sure you’re following the Vitality Netball Superleague on Twitter for the latest news and updates!