Wasps Netball Head Coach Mel Mansfield has put pen to paper on a new contract to lead the club next season.

The new deal will see Mansfield at the helm for a third season and take her into a fifth season involved with the club.

Mansfield was Assistant Coach for Wasps’ back-to-back title winning campaigns and led the team to the Vitality Netball Superleague Grand Final in her debut season as Head Coach in 2019.

The 2020 Vitality Netball Superleague campaign was cut short due to Covid-19 and Mansfield says her team has unfinished business after a strange year.

“It was incredibly disappointing that the season barely got started this year and I know the squad feel like there is unfinished business from that campaign,” she said.

“We’re looking forward to getting back on court and competing for our third title” – Mansfield.

“Next year will be season five for Wasps and I’ve been honoured to be involved in every one so far. We’re viewing this as a new phase for the club and the pandemic has afforded us time to think about the direction we are heading in.

“We have a phenomenal culture at Wasps and the players really took care of each other throughout the pandemic. Now we’re looking forward to getting back out there on court and competing for our third title.”

Wasps have also confirmed the return of Assistant Coach Bianca Modeste and the addition of a second Assistant Coach in Colette Thomson MBE – a West Midlands coach who joins the club with a wealth of international experience.

Modeste, who was previously under-21s coach at Surrey Storm, has been with Wasps since 2019 and is known as a defensive expert.

Thomson is head coach for Linden Netball Club who have just gained promotion to Premier League 1 and was on the coaching bench when England won Commonwealth Games gold in 2018.

Mansfield added: “We have a brilliant coaching team on board, and I am thrilled to have Bianca and Colette alongside me.

“I’ve known Bianca for many years and she has been a hugely popular figure with the team since joining us. We’re delighted to have her back on board. She’s a defensive specialist, straight talking, a joy to be around and I love working with her. 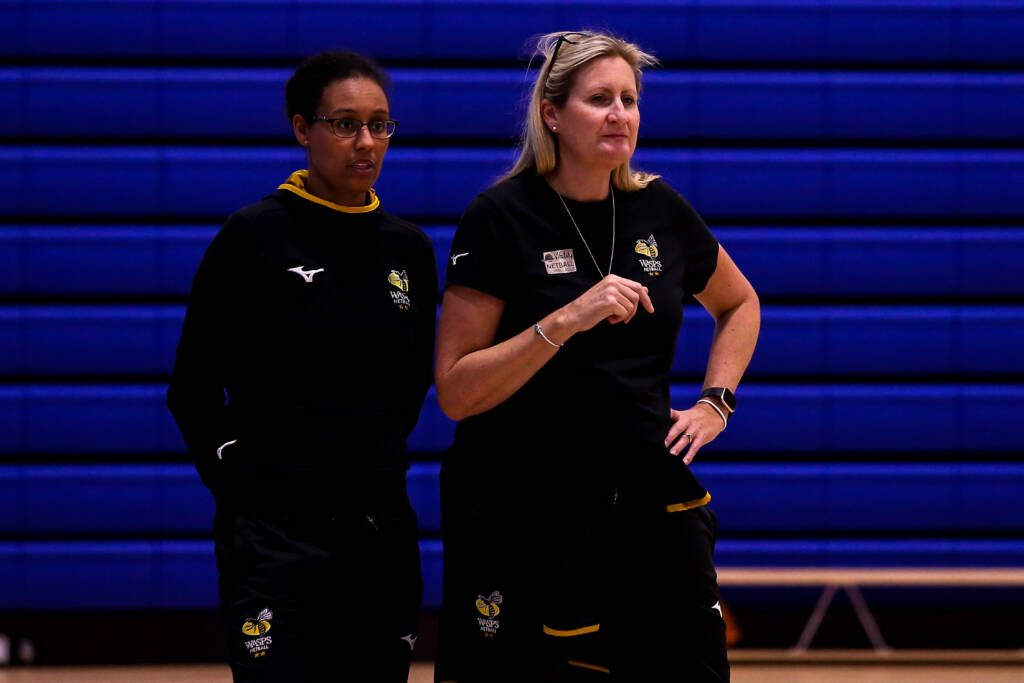 “Colette has a fantastic netball brain and is one of the most respected coaches in the sport both regionally and nationally. She has a great eye for talent and will help us to further develop our talented youngsters at Wasps.”

The off-season has also seen former Director of Netball Tamsin Greenway leave her coaching and ambassadorial role with Wasps, as she joins the Scotland international set-up.

Sarah Taylor, Franchise Manager at Wasps Netball, said: “We have benefitted at Wasps from having a consistent management team.

“Whilst I am personally delighted to have Mel lead our coaching line up for another season, her re-appointment puts the club in a great position to challenge for the Superleague title once again.

“Bianca is a real asset to the first team set up at Wasps. She brings a different dynamic and coaching perspective to our group, that I very much respect, and to then be able to complete our line up with the experience and reputation of Colette is a real coup.”

Stephen Vaughan, CEO at Wasps Group, added: “Mel is a hugely experienced coach and has been central to the success of the team since it was formed in 2016 – and we’re pleased to have her on board for another season.

“There is an excellent culture at Wasps Netball and the coaches perpetuate that. We have a trio of well-respected, experienced coaches and have strong foundations to build on for the upcoming season.”