Leeds Rhinos Netball have secured two of Yorkshire’s most talented young stars for their squad ahead of the 2021 Vitality Netball Superleague (VNSL) season.

Brie Grierson, 23, and Rosie Harris, 22, who both grew up in Leeds and played their junior netball in the city, are the latest signings for Leeds Rhinos Netball and the pair come with VNSL experience having represented Loughborough Lightning and London Pulse.

Dan Ryan, High Performance Director and Superleague Head Coach at Leeds Rhinos Netball, said: “Within our recruitment strategy, it was incredibly important to us as a franchise to secure some home grown talent in our foundation year and through signing Brie and Rosie we have two high calibre athletes who are so proud to be representing the region again.

“Both athletes have come through the Yorkshire Netball Pathway and have a some really solid Superleague playing experience under their belts.

“It’s great to be able to provide them with the opportunity to return to the place where their netball careers started and I know they’ll make the most of it.”

Grierson, who plays wing and goal attack, joins her hometown club from London Pulse. After playing her early netball with Yorkshire Jets NTL, she worked through their pathway to Superleague.

While studying at Leeds Beckett University, Grierson represented their netball side before joining Team Northumbria ahead of the 2016 Superleague season. She signed for Loughborough Lightning in 2018 and then switched to London Pulse in 2019.

“I am proud to be joining my hometown club and to be part of the first ever Leeds Rhinos Netball side. I used to watch the Rhinos when I was growing up and I worked at the stadium, so it feels good to be back home,” said Grierson.

“Everyone knows who Leeds Rhinos are and I am hoping the netball team will have the kind of impact in the league and to be part of a team based in Leeds is a big honour.

“I am looking forward to working with Dan Ryan and his coaching team and am excited for the challenge of a professional and competitive full-time environment.” 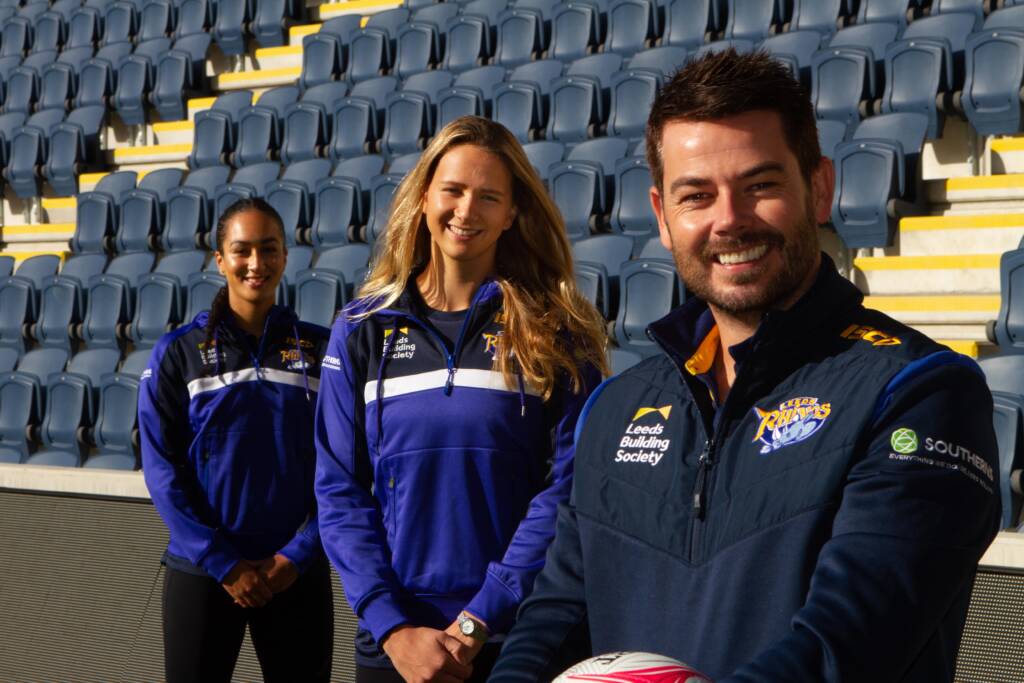 Ryan added: “Brie is a really dynamic and crafty attacker who can play in the mid court and in the shooting circle. She adds so much flexibility and versatility to our attacking line up and at her best can really rip open a defensive unit.

“She’s a real student of the game, a natural playmaker with great instincts and vision. I know it means a lot to her to play for her home city and she’s so committed and determined to re-establish herself back on the national scene.”

Rosie Harris, who plays centre and wing defence, was born in Sheffield and educated at The Grammar School at Leeds.

She played her early Netball with Linden and Leeds Athletic before joining the Yorkshire Jets. While at University, she played for Lightning for three years and signed her first VNSL contract with the club in 2018.

“I’m really excited and I can’t wait to get started. We have got a great squad this year and I am looking forward to working with them all,” Harris said.

“Being a Leeds girl and growing up here I am extremely proud to be part of the franchise that is bringing Superleague back to the region.”

Ryan added: “Rosie is an athletic machine with so much untapped potential and I’m so excited by what she could become. She boasts some brilliant attributes and has some big weapons in her game and I’m really enjoying seeing her hunger and desire to be her best, come to the fore.

“After stepping away from netball at the end of the 2019 Superleague season, it’s great to see her back and really enjoying her netball. She’s refreshed, focused and clear on what she wants to achieve and I believe she’s really going to shine in our programme.”

You can keep up to date with all the latest signing window news on our dedicated Transfers page or with our Twitter Moment.