Almost two years on and it’s the Hertfordshire Sports Village and Emirates Arena that have the privilege on Friday night as netball and the Superleague return home.

It’s a fact not lost on the players, coaches and staff of all 11 teams who were unanimous not just their delight to be returning home, but in agreement on the roles the fans have to play and the value of home form.

“You want your home court to be a fortress,” says Wasps’ star Rachel Dunn ahead of their clash with Severn Stars on Saturday.

“You want people to fear playing you at your home ground. As good as it was to play throughout the pandemic – and we appreciate that we could do that, we miss the home event and we are really looking forward to it.

Wakefield’s Studio 001 and London’s Copper Box Arena filled the void last season as the 2021 campaign went behind closed doors until the final weeks of the competition.

On Friday, Saracens Mavericks play host to London Pulse – in a game you can watch live via the Sky Sports YouTube channel – and Glasgow will welcome Strathclyde Sirens and Leeds Rhinos.

Loughborough have been hatching plans for their home opener nd a trophy unveiling in a game that will see Lightning fans able to welcome their champions back to the Sir David Wallace Arena after claiming their first ever Superleague title.

“To have the trophy there will be amazing for the fans to see, along with all our friends and family. It’s definitely going to be one to remember and very special.”

In Round 4, Team Bath, Celtic Dragons, Severn Stars, London Pulse and Surrey Storm get to welcome their fans home and in a wide open looking battle for the top four, the value of three points at home is not lost on the players and coaches.

Fans to roar on challengers

For teams like Pulse and Sirens, new franchises determined to make their mark, the importance of their home arenas could be the difference in making a top four challenge or missing out entirely. 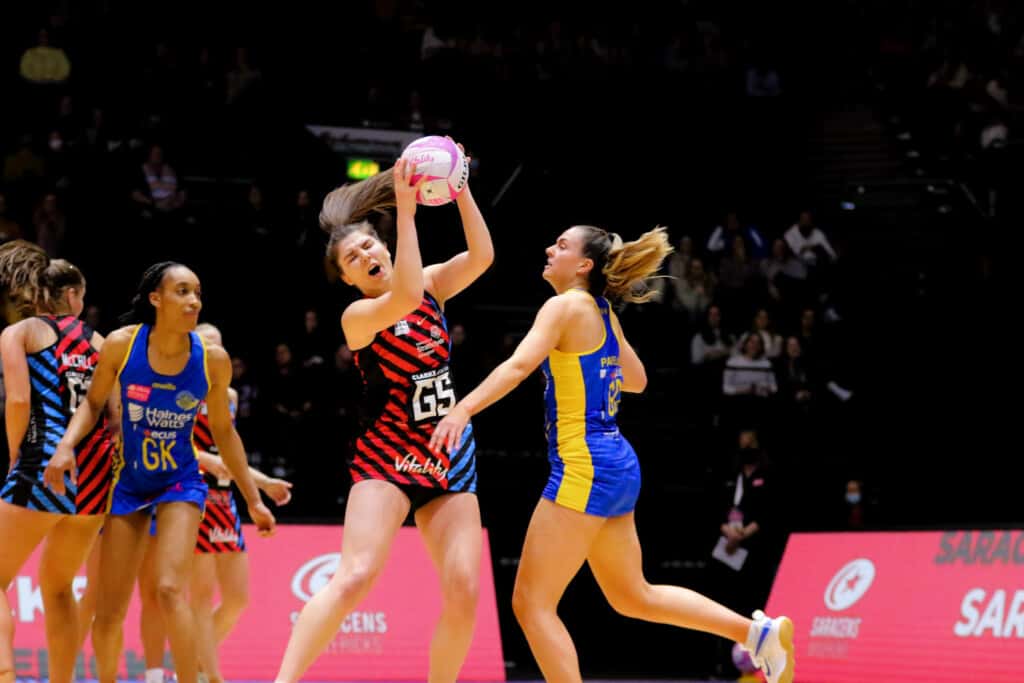 Sirens impressed against Team Bath and now get to launch their home campaign (Image: Ben Lumley)

“I can’t wait to play in front of a home crowd, have the Sirens tribe behind us and hopefully go out and get a win for them,” Sirens shooter Beth Goodwin smiled.

“The added pressure that the opposition feels when they feel the support behind us – we can’t wait to get back on court at the Emirates!

The Superleague is spreading it’s wings. As well as the Copper Box in London and the Emirates Arena in Glasgow, bigger arenas are playing host to the sport at it’s highest domestic level across the 2022 season.

In Yorkshire, on Monday night, the county will host it’s first home netball matches since 2016 – the last season of the now disbanded Yorkshire Jets.

Leeds Rhinos will host Team Bath at Sheffield’s English Institute of Sport Arena – the first of several matches away from the First Direct Arena in Leeds but a chance to bring the whole county together.

Rhinos will also play in Hull at the Allam Sports Centre and new recruit Sigi Burger believes the fans have a huge role to play.

“I always used to see on Twitter, ‘bring netball back to Yorkshire!’,” she recalls with a grin.

“I think the Jets set the fanbase, and I think it’s making people aware that we are bringing netball back home.

“[The three venues] means Rhinos have made it so accessible for everyone.”

“I think it’s about getting a fanbase in every location, and if you are a fan we would love to see you at the games, because it would mean so much to us to have you there.”

Not to be outdone, Pennine rivals Manchester Thunder are doing their bit as well – they host Surrey Storm on Saturday, another game you can see live on the Sky Sports YouTube channel, while Manchester Netball Live will host the battle of Roses.

“The Thunder fans are so loud, and the drum is so loud. Manchester Thunder is a real family and we’re growing,” Roses and Thunder shooter Eleanor Cardwell told us.

“I’m a teacher and I’m getting so many messages from kids who are getting behind me and so it’ll be great to see them in the stands.” 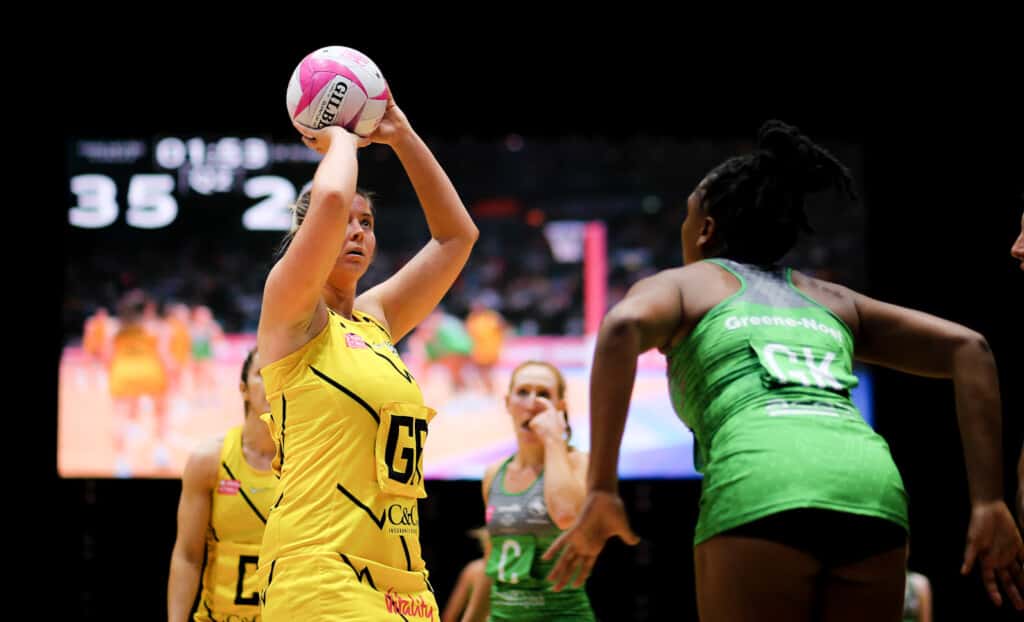 This year’s Roses match-up will be one not to miss. The AO Arena in Manchester will play host to the Thunder-Rhinos contest in Round 7 and Leeds’ First Direct Arena will host the return in Round 17.

Not that they’ll be losing ‘the drum’ in fact it’s only likely to enhance that experience. More than one player when asked about the toughest places to go referenced Thunder’s drum.

“I don’t particularly like being the away team at Thunder! That drum never shuts up, you can’t hear yourself think,” said Sara Francis-Bayman, the Loughborough Lightning head coach who is about to embark on an 18-month break from her role.

“You cannot underestimate the increased visibility, of last season has done. Fans were able to follow the journey of their team – they didn’t just seen them play once every  three or four weeks, you followed every game and knew the highs and the lows.”

Rivalries like the battle of the Roses match-up, in high profile arenas are the next step for the Superleague. The chance for more fans to get along to matches, and to cheer their teams on is crucial to the competition’s journey towards a professional set up.

“Crowds can make such a big difference this year, teams will be desperate to get them back into the arenas and feel the love from them again.”

“Now fans can have conversations about things that would never have happened before, whether it’s coaching decisions, injuries, form and selection and that has only come about because they are seeing the sport so much more, that can only be a good thing,” Sara Francis-Bayman.

Tickets are still available to watch your favourite Vitality Netball Superleague team across the season – check out your local team’s pages and buy tickets here.

The First Interview: Cat Tuivaiti on hopes and fears for Wasps coaching role

How the 2023 Signing Window looks so far

The First Interview: Pitman and Pulse ready to stake their claim