Round 4 looms large and it’s time for the next round of Vitality Netball Superleague predictions, stepping up to the plate in an Olympic week – it’s  former 400m runner and netball fan Iwan Thomas (@IwanRunner).

In 1996 Thomas and his Great Britain teammates took silver in the 4x400m relay and followed up with a gold in the same event at the 1997 World Championships.

With a netball-playing partner, and netball-commentating close friend in Katherine Merry, Thomas has become an avid watcher of the sport and we caught up with him to get his thoughts on what he loves about the game.

“My good friend Katharine Merry does a lot of the commentary so I follow her on social media and chat to her a lot so whenever she’s got a game on, I’m pretty interested.

“My other half plays netball as well so she’s always got it on, so if there was something on that I want to watch and the netball is on, I didn’t get a say.

“I’m not saying it was forced upon me because I just enjoy it and as a lover of sport it’s a great and so widespread with it’s reach and the amount of people that take part.

“It’s one of the sports that – it seems to me from the outside – everybody is welcome to come and play the game and that’s what I like about it.

“It’s fast, it’s physical. The speed, the skill level and the goal shooters are under so much pressure, and they very rarely miss, do they! The standard now I can’t really recall anyone ever missing! 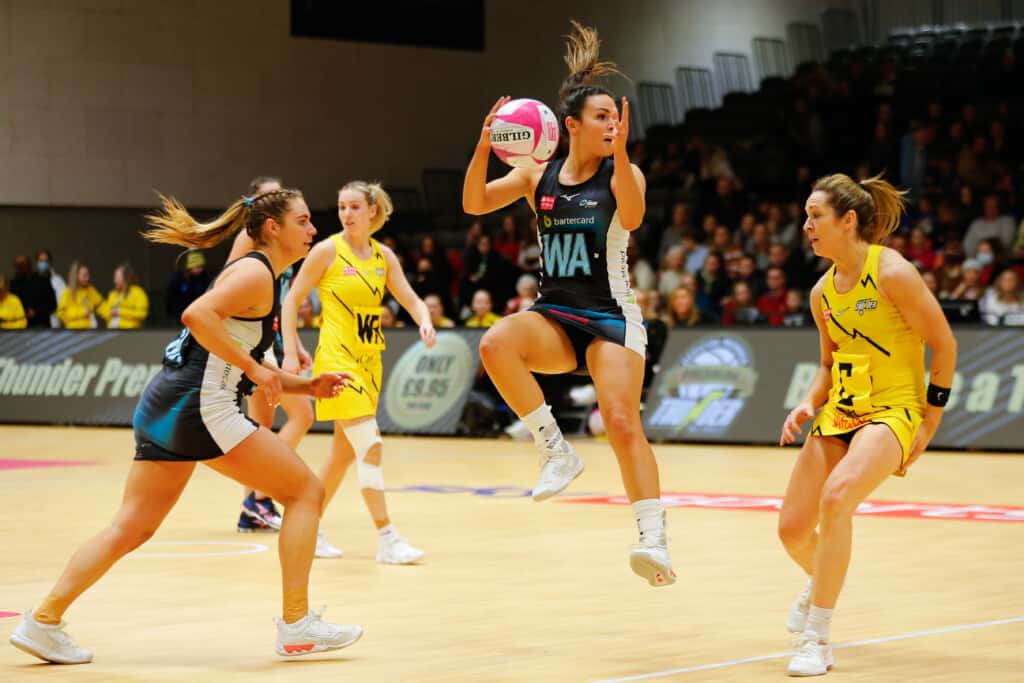 “I played basketball at school and the boys never really played netball – I know they do now, but I would have liked to have played it.

“You come up amongst some formidable opponents and it it’s exciting to watch! I don’t think it’s one of those sports where you ever think ‘oh this is a bit boring’ – it seems to me that both attacking teams are always going for it which makes it quite an exciting sport.

A sport for all

“I think it’s great that a lot of women who played at school or at uni and maybe went off and had children and think oh I can’t play come back to it.

“I watch my partner play from time to time and it’s really good to see the range of age groups that do take part at club and fun level if you like.

“At the elite levels they’re such athletes. I remember stopping for petrol on the A3 once, and I can’t remember who the netball player was, I but I saw someone in their tracksuit and it was the first time I’d seen a netball player in the flesh and I just remember thinking she’s really tall, so athletic

“I often wonder as a crossover what other sports they could be good at, because you know you quite often find elite sportspeople are good at most things they try. 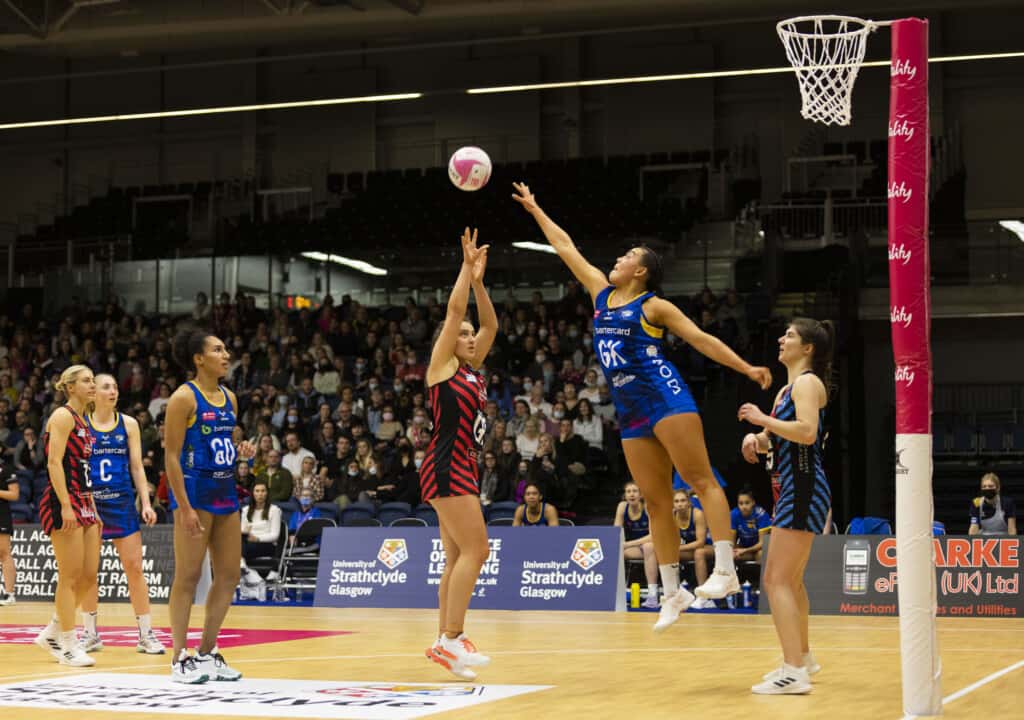 “I look at some netball players and they’d make a really good heptathlete because they’ve got the strength and the size to be a great all round athlete.

“As I say it’s one of those sports that’s always on in my house, and like I say – I love it, it’s amazing to watch.”

It’s also a huge year for England’s Vitality Roses and Thomas, a Commonwealth Games gold medalist for Wales himself, is looking forward to the action in Birmingham later this year when Jess Thirlby’s team defend their gold medal of four years ago.

“I think there may have been people who weren’t necessarily into netball before the last Commonwealths but I’m sure they’ll be watching it this time around.

“I’m driving to Birmingham right now; it’s a brilliant city and I think they’re going to do a fantastic, the World cup in Liverpool a few years ago, there was a buzz around that as well.

“It’s got a big following; I think a lot of people can relate to the sport of netball because they will have done it at school or at uni or wherever

“Hopefully England netball can build on that success, and this Commonwelaths they can retain and keep the title.”

Tamsin Greenway set the benchmark in Round 1 with a 27-point haul. That tally was matched by The Netball Show and The Guardian’s Chloe Merrell in Round who landed the first spot on prediction of season with her prediction of a 9-goal win for Wasps over Stars.

A reminder of the scoring system is below, and Thomas, who is hosting the Muller Indoor Grand Prix in Birmingham on Saturday, has made his calls for Round 4.

A reminder of the points system

3 bonus points if score prediction is within 1-3 goals

2 bonus points if score prediction is within 4-9 goals

1 bonus point if score prediction is within 10-15 goals

Reading: 5 mins
Previous Story Netball is Home: Youthful London Pulse out to inspire on Copper Box return
Next Story Where to watch Vitality Netball Superleague 2022 – Round 4