Team Bath are out to build on their return to winning ways against Severn Stars on Monday night (Image: Gareth Everett)

Head coach Anna Stembridge is relishing a run of home games for Team Bath that starts with this Friday night’s sell-out clash against top of the table Manchester Thunder.

With three wins from their five games so far Bath find themselves in the top four despite injury and illness giving Stembridge plenty to juggle in the early weeks of the season.

Having overcome those challenges, the head coach is preparing for a run of fixtures that could shape their season and three of the next four will be played in front of their fans at Team Bath Arena.

“I’ve been really looking forward to March and this run of big home matches, it’s going to be a brilliant few weeks,” Stembridge said.

“They are going to be tight games and that’s where the home crowd can really play their part as our 8th player. They have given us the edge many times over the years and I can’t stress enough how important they are to us. 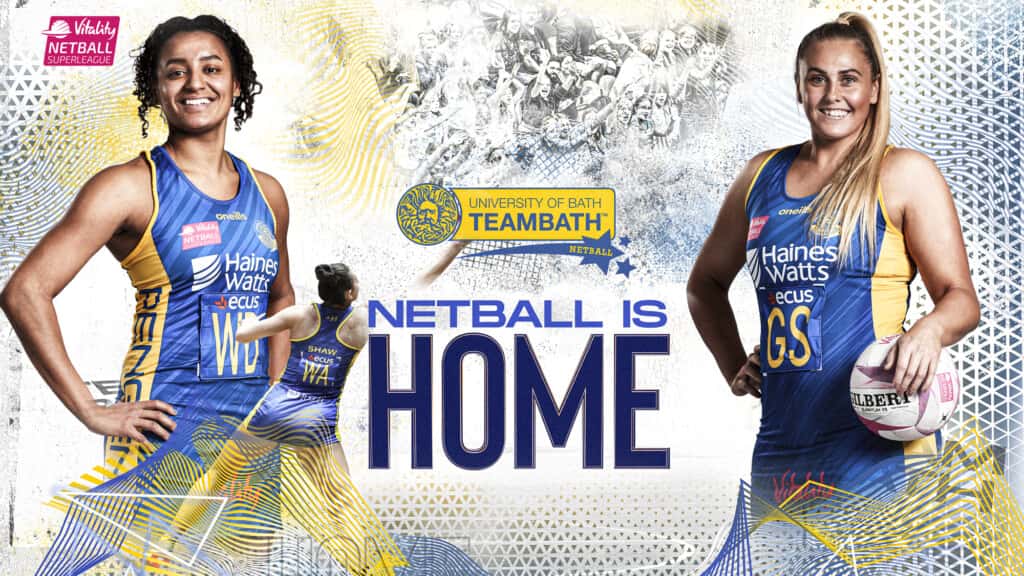 Serena Guthrie has yet to feature this season and Phumza Maweni only made her debut in the Round 5 win over Severn Stars.

Injuries and illness has meant Rachel Shaw, Betsy Creak and Hannah Passmore have missed out on game time.

But with training partners stepping up, captain Imogen Allison leading by example and Layla Guscoth setting the tempo it’s been an impressive first half of the season.

“February has thrown us a number of challenges but I’m really pleased with how we’ve come through it and the depth we’ve shown in the squad, all 18 including training partners and associates.

“We saw it again at Stars on Saturday where we had to manage players returning from illness or injury, and use different combinations that we haven’t tested much in training or matchplay, but the girls really stepped up.

“Imogen Allison played her first full Superleague match at centre for us and I thought she was outstanding, particularly in attack.

“Kirsty Harris did really well at wing-attack again and when Stars made some tactical changes we were able to introduce Rachel Shaw, who has missed a couple of games through illness but injected a real point of difference to our attack as did Betsy Creak.

“Defensively we put Stars under a lot of pressure, which built and built throughout the game until we saw the full benefits of that labour in the last quarter.

“Phumza more than lived up to the expectations we have for her, she and Layla Guscoth got some really critical turnovers as a unit and their partnership promises to get better and better.”

First up it’s Manchester Thunder, with Loughborough Lightning and Saracens Mavericks also on the agenda – all three are alongside Bath in the top four and all three are visitors over the next few weeks with tickets available here.

Friday’s contest, live on the Sky Sports YouTube channel, promises to be a thriller with Thunder perfect so far this season after six straight wins.

Bath can draw on recent experience having won all three games last season, including their epic semi-final success at the Copper Box and Stembridge is relishing the task.

“It is always a great game when we face Thunder and they have started the season as we would expect them to,” said Stembridge. “We have to make sure we are clinical with our given ball, cultivate clean turnovers and work as a unit to take on this strong Thunder side.”