Nat Metcalf and the Manchester Thunder attack have made a fast start to the 2022 season Credit | Touchlinepics.

Karen Greig has underlined the hard work that has gone into Manchester Thunder’s blistering start to the Vitality Netball Superleague season, while Natalie Metcalf is vowing to sharpen up her shooting skills.

Metcalf returned to Thunder in the off-season and after missing the first couple of games through injury has played a huge part in a six-game winning run to start the campaign.

However a surprise switch to goal attack has left the Vitality Roses star pondering a bit of extra training work.

“A little bit rusty if I am honest! It’s been a while since I’ve been in there but it was really fun,” Metcalf told us after last Saturday’s win over Saracens Mavericks.

“It’s just about doing my job….and getting those cobwebs off.

“When Eleanor is in there with you, it’s great to have that support and then Caroline [O’Hanlon] and Lois [Pearson] worked the ball nicely to the circle edge. 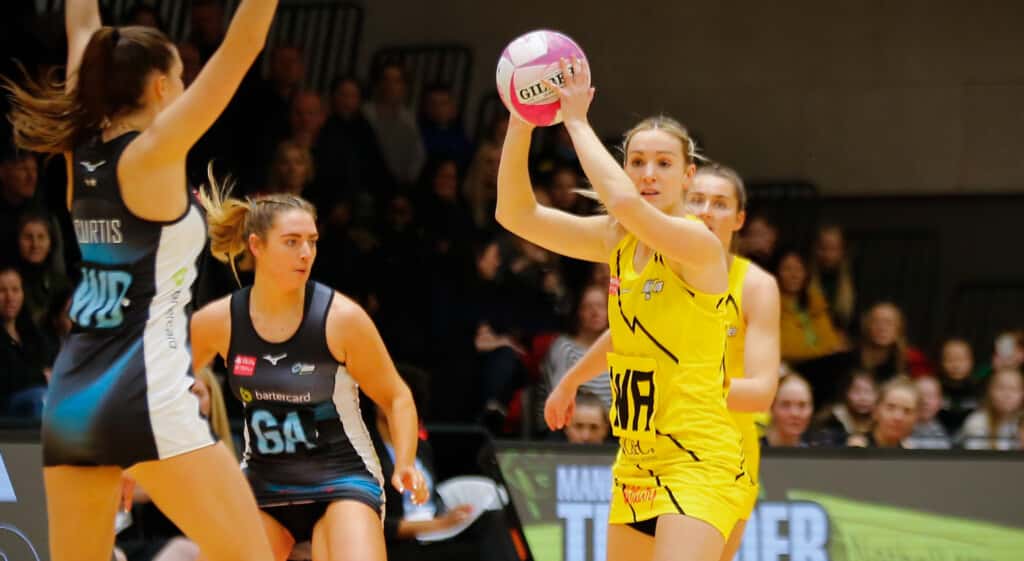 Metcalf made her second Thunder debut against Surrey Storm in Round 3. Credit | Touchlinepics.

She was at it again in the Monday Night Netball as Thunder saw off Wasps to stay perfect with six wins from six games and Karen Greig is happy to have such an option at her disposal.

“To be able to have the change in the attacking end – moving Nat [Metcalf] to goal attack is a real privilege for us this season,” said Greig.

“To have that option and get Lois Pearson onto the games , on Saturday it just added a little bit more speed to our attacking end and opened it up really nicely.”

They have been unplayable in that attacking third 😱 pic.twitter.com/PRSeYSV82t

Thunder have scored at least 70 goals in five of their six games and Metcalf’s in-game move to goal attack has freed up Eleanor Cardwell to move into goal shooter.

With Joyce Mvula – the league’s third top shooter – and Lois Pearson among the additional options there is no shortage to what Thunder can unleash.

In the first episode of this season Off the Court, Thunder head coach Greig opened up on the the work that’s gone into being able to make those changes. 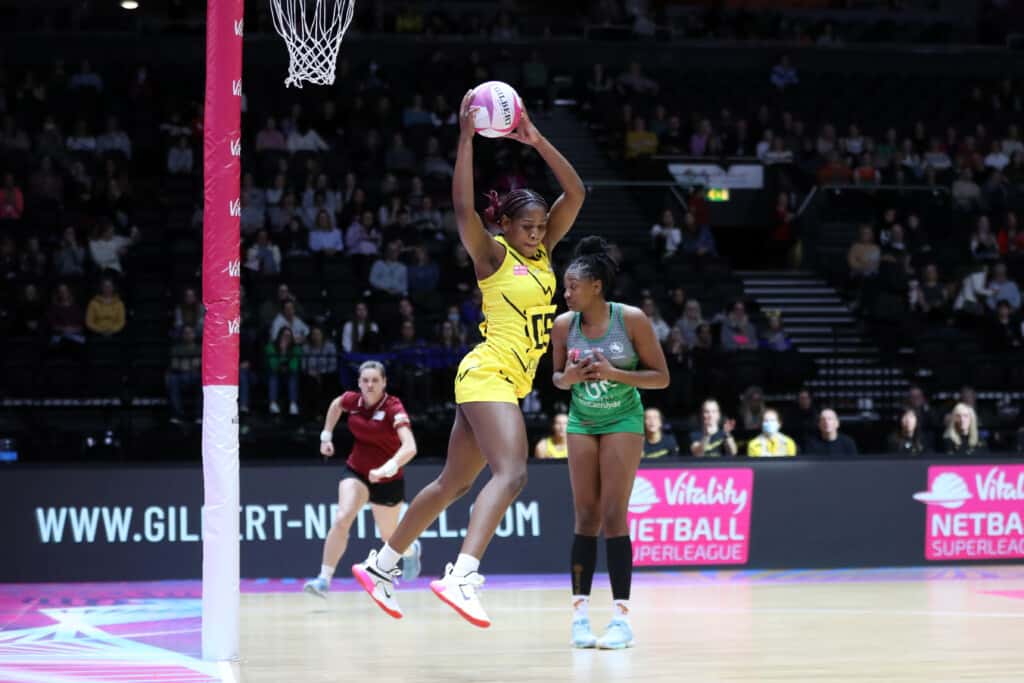 “You are constantly looking at who you are coming up against and where you can create those mismatches and how players play up against each other.

“It’s important that we are able to break other teams down or throw something different at teams.

“Getting Joyce out of the circle is something that we have been working on and evolving over the last 18 months – it doesn’t happen overnight.

“Joyce has been so used to being that strong dominant force in the circle as that hold that her actual distribution around the circle edge wasn’t that fantastic.

“She loves coming out, she loves that freedom and she’ll tell you that she wants to play goal attack but its about what do those options look like for us when Joyce comes out of the circle.

The fluidity in the squad is making an already strong Thunder look formidable and Metcalf is delighted to see the club’s highly-regarded Pathway continuing to prosper.

Despite the superstar names at her disposal Greig has also used Pearson, Yomi Eza-Wilson, Mille Sanders, Emilia Roscoe, Yasmin Roebuck and Emma Raynor throughout the season.

“Embracing the challenge is fun,” Metcalf said when asked about her advice to the next wave of players.

“Making sure when you come into the game the people around you are bringing them into it. We’ve got some amazing young guns, so it’s about getting them in and letting them thrive.

“It’s epic to see them growing from week-to-week, the other day in training Lois [Pearson] threw me a ball that made be go ‘Woah!’

🔝 Of the table
🔝 Goal scorers
🔝 Performances

Didn't see it on @SkySports? Watch the highlights 👇 pic.twitter.com/dW6lbQ3vRp

Back in the Superleague

Thunder travel to Bath on Friday night – a repeat of last season’s superb semi-final encounter – and the match is a sell-out.

Coverage is available via the Sky Sports YouTube channel from 7.30pm as Thunder prepared for a third game in six days – but Metcalf is not making any excuses as the leaders prepare to go again.

“Everyone has a run like we’ve got at some point in the season so we’ve just got to get on with it, make the most of it.

“Karen and Tracey are able to roll the dice and get people on and off, so it’s about utilising the whole squad to get through the games.

“I am loving being back to be honest, everyone has been so welcoming at away venues and home venues

“Saturday’s game [against Mavericks] gave me tingles, it was so epic to be out there in games like that.”