Serena Guthrie has announced her pregnancy and immediate retirement from netball

Team Bath mid-courter and Vitality Roses captain Serena Guthrie has announced that she is expecting her first baby – and taken the decision to retire from international and elite domestic netball with immediate effect.

Wednesday’s news means that Guthrie will not feature for England at this summer’s Commonwealth Games or take to the court for Bath during the 2022 Vitality Netball Superleague season as she looks forward to the exciting next chapter in her life with partner Bob Kersten.

“Bob and I are thrilled to be expecting our first child together,” Guthrie said.

“Being a mum is an amazing new chapter in my life and I’m really excited about what that’s going to bring to me.

“I cannot wait to be part of the Netball Family willing on the Vitality Roses in the Commonwealth Games this summer in Birmingham and being the biggest cheerleader for Team Bath for the rest of the Vitality Netball Superleague season.

“It’s been an absolute pleasure and honour to have been able to play netball domestically and internationally for so long, working and playing alongside the most incredible group of athletes and staff along the way.

“It’s been a real privilege to be the Vitality Roses captain for as long as I have and want to thank everyone for their support in helping to make my journey in netball so special.”

Widely regarded as one of the greatest mid-court players in the game, Guthrie returned to the Superleague with her first and only domestic club – Team Bath – in 2019 after five years playing in the prestigious Australian and New Zealand domestic leagues with Northern Mystics and Giants Netball.

“I’ve had an amazing career in the Blue & Gold and to the Team Bath fans, I want to say thank you for being an amazing part of my journey – my career wouldn’t have been as special without that support.

“I first played Superleague here when I was 16 years old and I’m now 32, so the supporters have been a part of my life for a really long time. Thank you for your unwavering support throughout the years.” Serena Guthrie

Domestically, Guthrie began her career with Bath in 2006 winning the 2006-07 Superleague title in her very first campaign with the Blue & Golds. She reached the final with Bath last year, falling short of adding a fifth Superleague crown to her collection.

“My biggest standout memory probably has to be one of the first titles we managed to win and playing with the likes of Pamela Cookey, Tamsin Greenway and Rachel Dunn.

“It was just such an incredible team to be a part of and those players had a huge influence on me moving forward into the England team as well. I had such a good start to be around such amazing athletes, so those are memories that I’ll definitely cherish forever.” 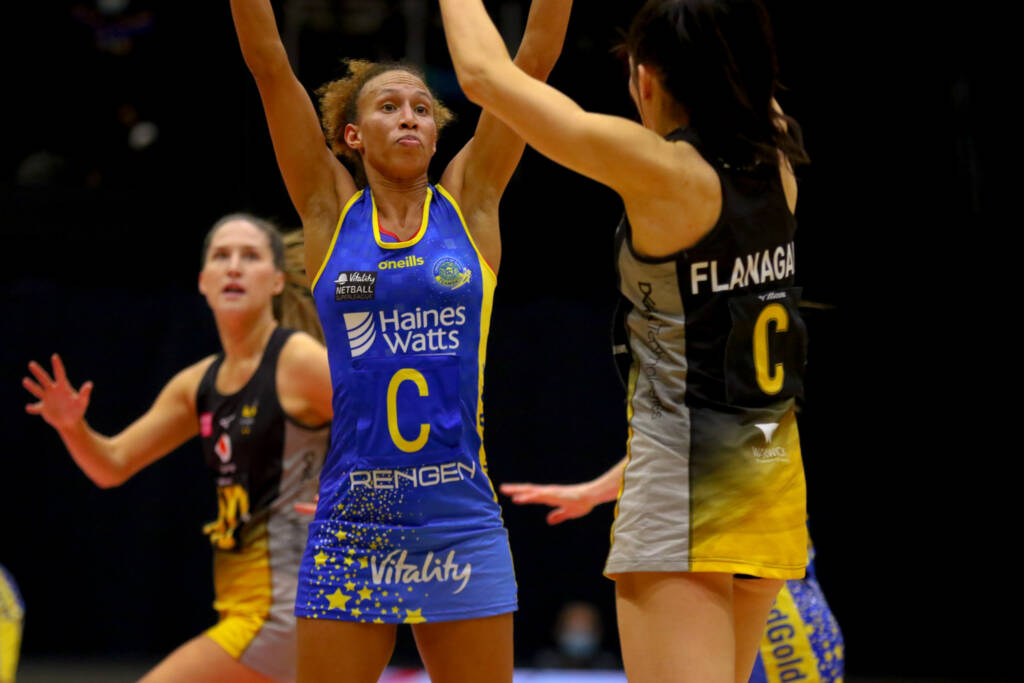 “Congratulations to Serena and Bob, It is absolutely wonderful news and so exciting for them both,” said Team Bath head coach Anna Stembridge said.

“Serena had been very open with me that this was going to be her last season in netball but the news has come sooner than she expected. I know fans will be disappointed not to see Serena on the court again but I also know how happy everyone in the netball community and beyond will be for her.

“It was important that we gave Serena the time and space she needed over the past few weeks to decide when she wanted to share this news. We’ve also worked closely with England Netball, particularly Jess Thirlby and the England doctor, to ensure her wellbeing physically and mentally was the priority.

“The Team Bath fans will definitely still be seeing Serena around, she wants to support the team as much as she can. We are navigating what that will look and feel like but it’s great that we’ll still have her off-court leadership, her knowledge and her insight into the Team Bath way.”

The 32-year-old achieved the first of her 110 caps for England when she was just 18 and she has gone on to play in three World Cups and two Commonwealth Games – captaining the team at the home 2019 competition in Liverpool and in her final netball match, the Quad Series Final against Australia in January. 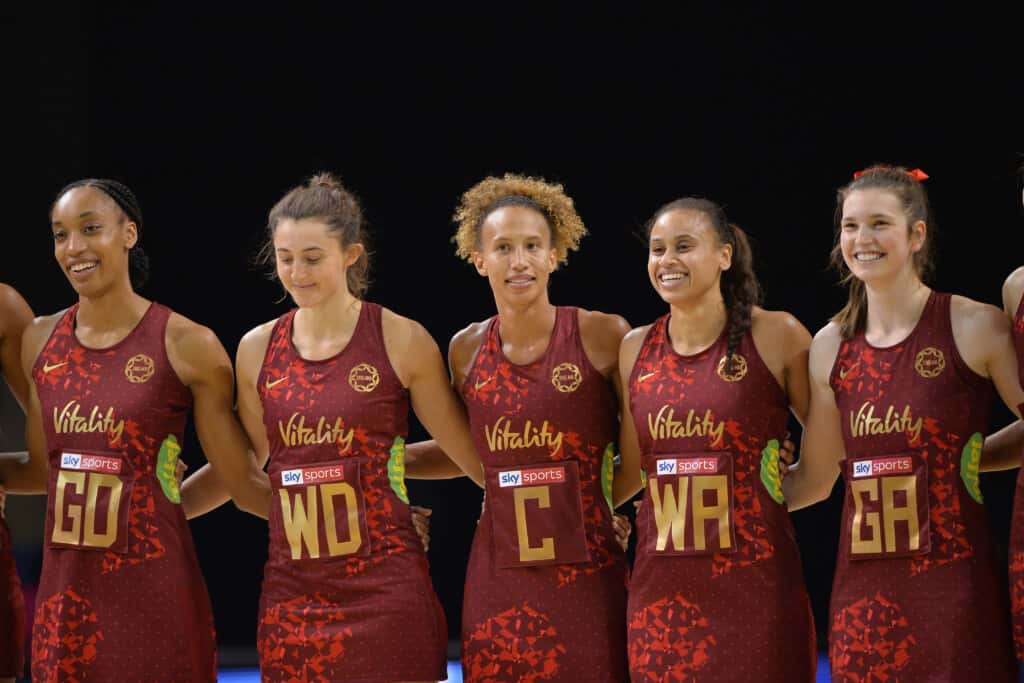 Most famously, Guthrie was part of the Roses team that secured an historic and record-breaking gold medal on the Gold Coast with victory over Australia at the 2018 Commonwealth Games.

The talismanic player has captained her country 28 times and was appointed a Member of the Order of the British Empire (MBE) in the 2020 New Year Honours for services to netball.

She shared her happy news with the Vitality Roses and Team Bath squads and staff earlier this week and will continue to be supported by medical staff and performance teams in the coming months as  she prepares for her next chapter.

England head coach Jess Thirlby was among the first to pay tribute to to her captain and the role Guthrie has played for netball over the last 15 years.

“I’m overjoyed for both Serena, Bob and their families at the news of Serena’s pregnancy. There is nothing more important in life than life itself and to be fortunate enough to begin the journey of parenthood is always such a special moment.

“Serena has long been a part of her own Vitality Roses family and has led them as captain in her own maternal way, invested in each and every person and wanting the best for them and out of them.

“As Serena embarks on the next chapter of her life she leaves her DNA across this exciting Vitality Roses team and in her own, very special way has helped to ready the team for the upcoming Commonwealth Games in Birmingham this summer.

“Not only is  Serena one of the most well-respected netballers across the global landscape but she is much loved by the fans and her teammates and it has always been her character, charisma and free spirited outlook on life that has translated onto the court in how she performs which has drawn so many people into the game.

“Serena is the ultimate team player, always putting the needs of the team above herself. Whilst we will miss her hugely it is a time to celebrate all that Serena has contributed not only to the Vitality Roses but to the sport overall.

“Her legacy will continue to live on in generations of players to come, such is the impact she has had on and beyond the court.

“This Vitality Roses team, players and staff are buoyed by Serena’s news and it will inspire us all to continue to prepare meticulously for Birmingham and make the nation proud.” Jess Thirlby, England Head Coach.