“Happy, relieved and proud. Everything is coming together.”

These were the words from Celtic Dragons head coach, Dannii Titmuss-Morris after she saw her side earn their first three points of the season, beating Severn Stars 58-42.

Before joining Dragons, Titmuss-Morris was a core part of the London Pulse team for two seasons, serving as assistant coach to Sam Bird and leading as the Head of Academy.

Prior to her work in the capital, she was Wasps’ inaugural Under 21 Head Coach and Head of Academy, playing a critical role in player development and overseeing two undefeated National Premier League campaigns.

With 14 years of coaching experience already under her belt, the next step naturally pointed to the hot seat of head coach.

Her appointment at Dragons fulfilled a lifelong ambition for Titmuss-Morris who was given the full support of Wales Netball CEO Sarah Jones, highlighting Dannii as “one of the UK’s most exciting young coaches.”

While it may have taken a month for Dragons to register their first three points of the season, the win comes with great significance.

Not only was it a first win for Titmuss-Morris but the win also comes seven weeks earlier to their sole win in last year’s campaign in Surrey.

“I felt that we put out a consistent performance across the four quarters and it all tied together.

“There were some stand out performances, but it wasn’t just one or two people, it felt like everyone out there on court was doing a really good job.”

Gilbert Player of the Match, Annabel Roddy particularly impressed for her side on the night, registering six turnovers.

“It’s been a long time coming but the girls have worked really hard,” a delighted Annabel commented. “It’s a big relief to get that first win.

“We were really happy with our play through the court and in attack as that was something we’ve been trying to nail in training so it’s good to see that hard work pay off.”

What contributed to their first win was the team’s effectiveness in the shooting circle. The Cardiff outfit scored 50+ for a fourth game out of six, 82 more than the total they had up to this point last year.

Goal shooter Georgia Rowe, who joined from Stars in the off season, has not shied away from her new challenge, scoring 176 goals with an impressive shooting percentage of 92.63%, a stat that can only be bettered by the experienced Rachel Dunn of Wasps and Proscovia Peace from Surrey Storm who is top of the goal scoring charts.

Part of her success has been down to her growing partnership with South Africa’s Lefébre Rademan who joined from Pulse.

“I was with Febs [Lefébre Rademan] at Pulse and I knew what she was capable of,” Titmuss-Morris began to explain. “She is one of the hardest working, most professional people that I know. She is so determined and she just raises everything that she’s in and around. She’s also really humble and I’d say that goes for everyone here. There are no egos. Everyone just wants to do a good job.”

In line with their rebranding in the off season, Dragons have adopted a new culture as part of the new era under Titmuss-Morris.

For her and the Dragons leadership team, they want to cultivate a brand of netball and a culture to live and breathe by and according to Lefébre Rademan, everyone’s really buying into it.

“I love the culture Dannii is creating. Everyone works so hard and shares the same goal.

“Dannii doesn’t push us to get a win, she’s just pushes us to play good netball and focus on each quarter.”

Amongst the raft of new arrivals at Celtic Dragons is Shaquanda Greene-Noel. The defender from Trinidad & Tobago has been making waves since her arrival in the Vitality Netball Superleague with her impressive defensive work and her infectious character on court.

“Quanda had never played in the VNSL before and she’s such a joy to work with,” Titmuss-Morris said. “She’s really hungry, she wants to do well and she’s quite an intuitive player. You just tell her to go and play netball and she’s like OK!” 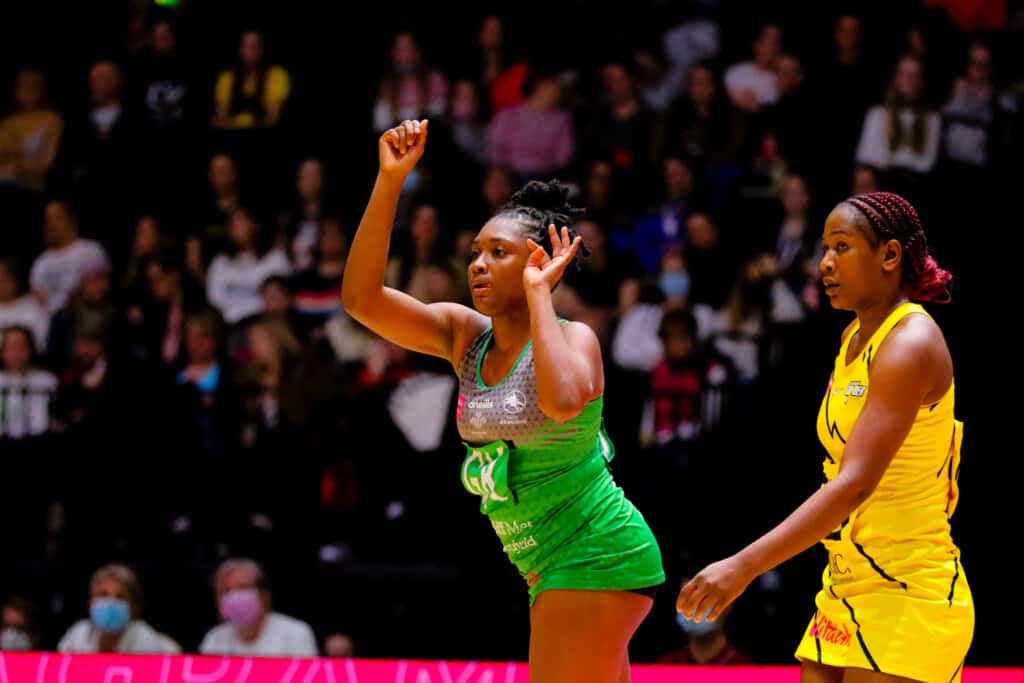 After playing five of the top six teams prior to their win at Stars, Dragons now have the opportunity to record back-to-back wins for the first time since 2018 when they travel to Wasps on Friday night.

The East Midlands side ran Leeds Rhinos close in their homecoming game in Round 6, narrowly losing out 43-42.

Despite a spirited performance, Wasps are now on a run of three successive defeats and have only registered one win from their first six games.

Whilst Titmuss-Morris acknowledges this is a great opportunity, she is not getting carried away.

“Before this game [Stars] we had only won two quarters. We’ve played well in patches and it’s hard when you don’t have the results on paper but we knew they would come.

“We’re very aware that we’re still at the start of our journey. There’s definitely more to come from this team but I’m really happy with the performances the guys have been putting in.”