This April, round up your teammates for an incredible weekend of netball at the Vitality Netball Superleague Spring Showdown.

All 11 of our Vitality Netball Superleague teams will be back in action in Birmingham on 16 and 17 April. With ten games over two days, it’s the perfect team day out or weekend away.

The event takes place at Birmingham’s Resorts World Arena, which also played host to the electric Season Opener this February.

“The whole atmosphere was one of the big highlights as well as the high level of netball, that social aspect was really important for us,” Lisa from Pumas Netball told us.

“We are all friends and friends who play netball, so it’s the perfect day out for us!” 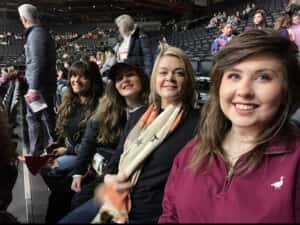 Lisa, by her own admission, is the organised one of her group. When she and her friends and teammates from Pumas Netball decided they needed a netball day out, they looked no further than the VNSL Season Opener in Birmingham.

Four of the squad made the trip from just outside Nottingham, to just outside Birmingham and the Resorts World Arena that was home to the VNSL for the whole weekend in February.

Nine games – and one bonus men’s exhibition match – kept everyone in attendance happy with top class action on the court and entertainment off it as well.

Get your tickets for April’s Spring Showdown here

Stratford Ladies Netball Club also rounded up their squad to see the action in Birmingham.

“There were about 20 of us? Not the whole club but quite a few of us, about 1/3 of the club,” Emily and Laura tell us excitedly.

“I rang England Netball to book and they helped seat us in two rows so we were behind each other.”

The Stratford Ladies group had travel parties setting off from Stratford upon Avon in cars and on trains, while Lisa’s Nottingham crew rounded up into one car for the journey.

After an understandable browse around the stalls and an all important sampling of the food and drink that would keep them going all day, Lisa and team were soon taking their seats in the stands.

“We were really excited to go as a team because we’re quite a new team. We’re all still getting to know each other, and we’re becoming really good friends,” Lisa told us.

“It was really exciting to be able to see some professional netball! We play in our local leagues but it’s always nice to see the high level that you can see from Lightning and Thunder and all of the other teams.” 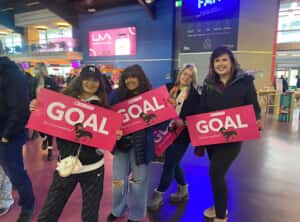 Pumas Netball are already planning their return to Birmingham in April (Image: pumas.nc)

Tips from the best

Scouting, it appears, is a big part of the day: the team from Stratford were also making notes to aid in their own performance on court.

“We watch every game on TV, YouTube, we try and go,” Laura and Emily added.

“Some of the girls haven’t really seen proper netball, so for some of them it’s their first live game.

“We like to encourage them to come along. It’s not even just the young girls in our club, some of the older ladies still haven’t really seen it properly so it’s great to be able to go and see what netball is supposed to look like. 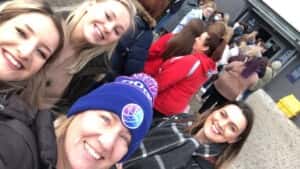 Stratford Ladies brought half their club with them to Resorts World (Image: @stratfordladiesnetballteam)

“The day after, everyone is always like: ‘I’m going to be like this player, I’m going to try and do that.’ We’re always looking at the warmups and making notes on them!”

Eating, drinking, watching top class sport – there’s plenty for everyone. We asked Lisa what her favourite part of the day was:

“Everything! All elements of it! The social with my team, obviously we saw people there as well that were from other teams that we play locally, so that was really nice.

“The food stands, the merch, the whole atmosphere! It was buzzing with excitement!”

Tickets for Spring Showdown on April 15/16 are available here

All 11 teams are back in one place for another double header round, and there may be another London-Birmingham outing on the cards.

“It’s a whole event: I think having it all together is quite exciting, like a big day out,” Stratford Ladies say. 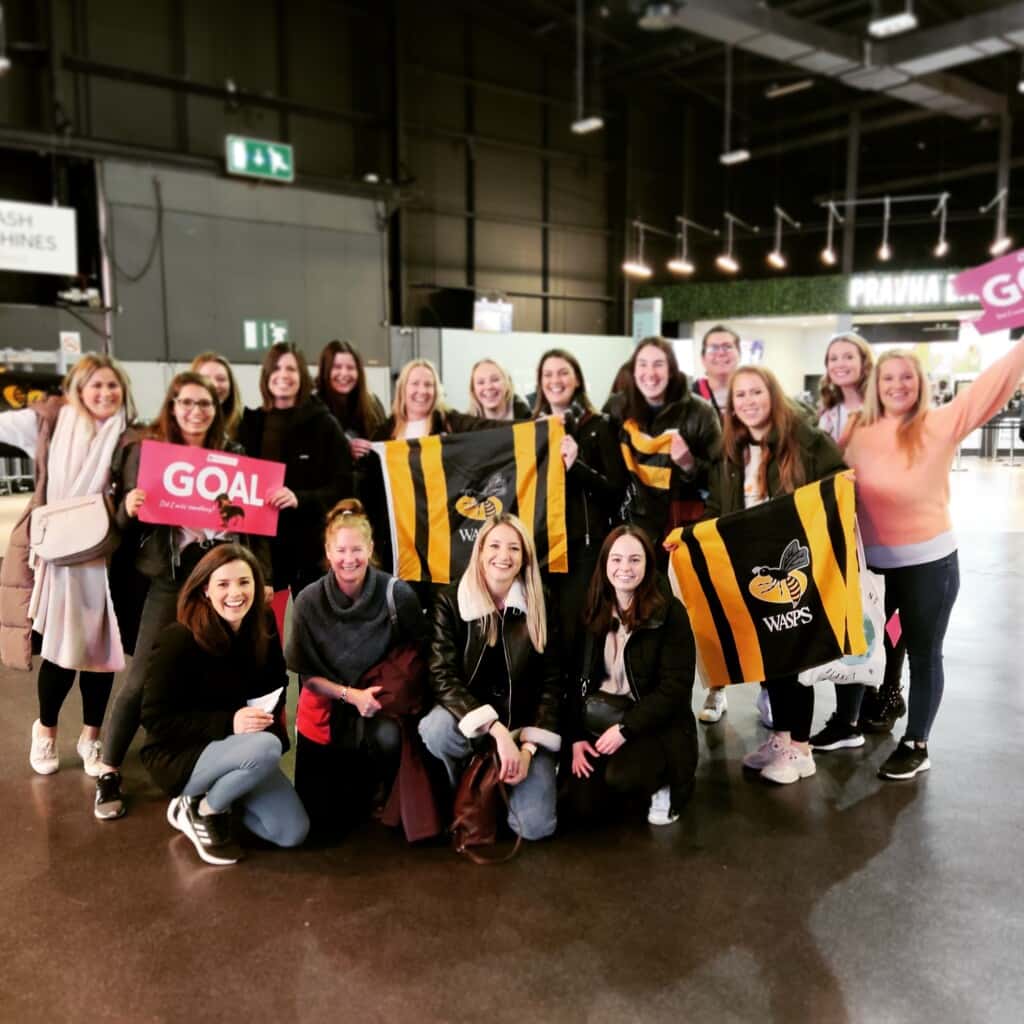 In Nottingham, plans are already in place for the next trip for Pumas Netball.

“We see them locally but it’s so good to see them in the whole big arena with the atmosphere.

“We just had such a good time last time that as soon as the Spring Showdown tickets came up we were like ‘let’s do it again!’”