Mikki Austin admits there’s work still to do in her mission to cultivate a cut-throat mentality at Surrey Storm.

Storm beat Wasps on Monday night for a fourth victory of the Superleague season, seeing them settle into seventh place and continue a promising campaign.

They haven’t finished a season higher up the table than seventh since 2017, two years after Austin joined the franchise, and she knows exactly why that is.

“We want to show that we’re mentally resilient because that’s not something you would have associated with a Surrey Storm team,” said the Director of Netball.

“We’re still the team people think they can shoot at to get three points off because inherently, we haven’t performed. It’s just this season that we’re trying to get that monkey off our back.

“It’s not perfect yet, but we’re working really, really hard to execute when it matters. I’m really happy with how we’re tracking currently.”

After nine games, Austin’s side have already surpassed the three wins they amassed the entirety of last season.

A statement 55-53 win over Saracens Mavericks in Round 8 set the standard and there are signs the south-east side are closing the gap on the top four.

The Wasps win pointed to the scale of the challenge.

Storm got off to a fast start for the second game running, blasting into a 17-11 lead before losing the second quarter and drawing the third. 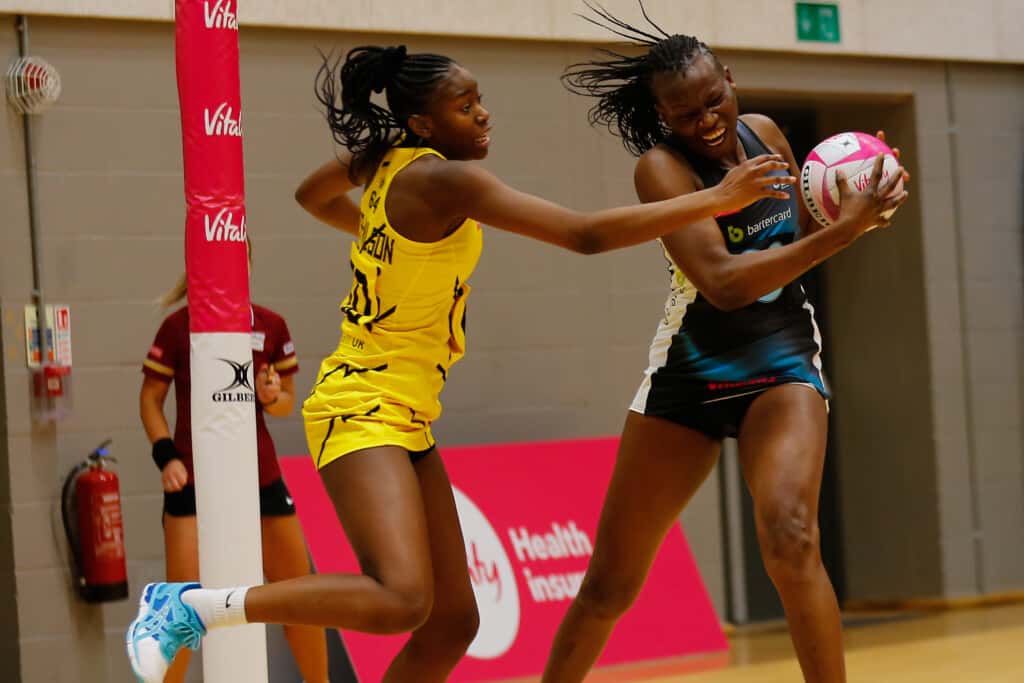 “We came out of the blocks firing in that first quarter and if we had more of a ‘step on the throat’ mentality, we could have killed the game off then and we didn’t,” said Austin

“We let a classy side like Wasps come back at us, just with some lapses in concentration. The middle of the game definitely wasn’t perfect.

“To ride through the pressure in the final quarter and come out with an almost ten-goal win is really impressive, but definitely not perfect.”

Peace Proscovia leads the league in goals and her arrival into the Storm circle has certainly moved the dial.

What strength from Proscovia Peace 😲 pic.twitter.com/p9oCLwtHiS

But it is another off-season acquisition in Sophia Candappa that Austin singles out for praise.

“Sophia is a class attacker, she’s been like that for years now,” said Austin.

“I’ve played with her for a number of years and that’s one of the reasons why we wanted her to come back to Storm, so she gave us the mental toughness when it mattered.

“She can put the ball on a sixpence into Peace and they’ve got an incredible relationship.

“When the backs are against the wall and the pressure’s on, Sophia wants the ball. She’s a winner and you can tell that in the dying moments. That’s a fantastic weapon to have in our arsenal.” Mikki Austin on Sophia Candappa

A trip to Celtic Dragons comes next for Storm followed by a clash with Severn Stars, live on Sky Sports on Sunday 3 April.

Austin wants to seize the opportunity posed by back-to-back meetings with the franchises propping up the league table.

“We’d be silly if we sat here and didn’t look at the teams we’ve faced already and those we’ve got to come and say these are the games that matter,” said Austin.

“Our feet are firmly on the ground, we take one team at a time and we prepare for that opposition diligently because we know that any opposition in this league have got the calibre of player to beat you.”