The Spring Showdown is nearly upon us – but what pointers can we take from Round 12?

Ten games over two days at Resorts World Birmingham marks a turning point in the Vitality Netball Superleague, marking the start of the ‘business end’ of the season.

The Play-Off race is now wide open and teams carrying form and confidence will be best equipped to take advantage of a hectic Easter hunt for points.

Here is what we gleaned from last weekend’s action.

Round 12 simply couldn’t have gone any better for Team Bath.

Double game weekends are always pivotal but Anna Stembridge’s side took full advantage, rising from sixth all the way to third thanks to two wins.

They laid down a marker by beating Surrey Storm by 25 points on Friday night.

Then the five-time champions blasted past London Pulse, going 16-8 up in the first quarter and never looking back.

Nine points in nine days make them the hot hands ahead of the Spring Showdown – where they will fancy their chances against Leeds Rhinos in Sunday’s first match.

They’d threatened it for a while and delivered a historic win on Monday Night Netball.

Strathclyde Sirens gave their season a shot in the arm by beating Leeds Rhinos for the first time in their three-year Superleague history.

The @SirensNetball shooters are on 🔥

Can @RhinosNetballSL get back into this? Find out on @SkySports Main Event, Arena & Mix 📺 pic.twitter.com/CB7KT3RWLw

Gia Abernethy won the battle for supremacy in centre-court but it was all-action Beth Dix who made the difference, giving Niamh McCall all the ball she could handle.

Four wins from 11 games mean they have already excelled their 2019 total and are well on track to match their tally of ten wins last term.

Their task at Spring Showdown couldn’t be any steeper with Manchester Thunder lying in wait – but they showed against Rhinos they have the tools to give the leaders a first-half headache.

One of these days, someone is going to get a pasting from Celtic Dragons.

They have been narrowly beaten by top-half teams Thunder, Mavericks and Storm in their last three games, all by a margin of fewer than ten points. 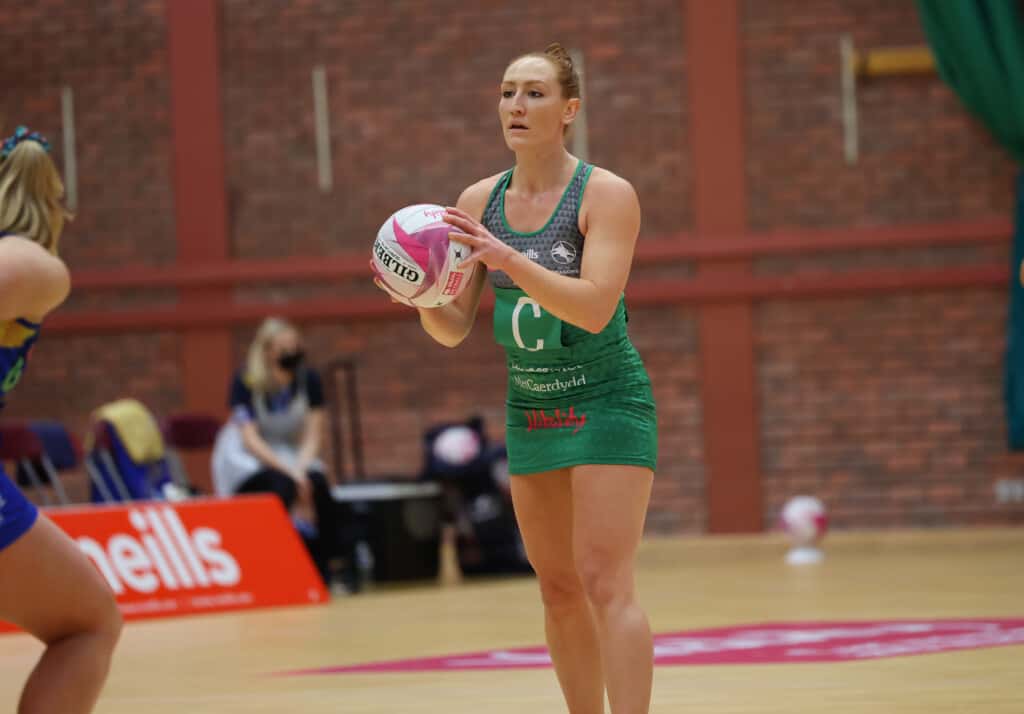 Their high-risk style is troubling teams and they disrupted Mavs on the road in Round 12, with Shaquanda Greene-Noel applying remorseless pressure to Britney Clarke in the circle.

The first quarter was split 13-13 in Hertfordshire before the visitors scored three straight points to give them an advantage that they couldn’t capitalise on.

Dannii Titmuss-Morris’ outfit will sniff an opportunity to turn over Leeds Rhinos on Saturday, setting up a clash with second-placed Loughborough Lightning on Sunday.

Easter weekends haven’t always been kind to Manchester Thunder. In both 2018 and 2019, they brought losses to Loughborough Lightning on the second day of games.

It says a lot that four-year old portents – laid down in a different world – might be the single biggest source of hope for the two teams hoping to turn over Karen Grieg’s side this weekend.

Thunder were at their irresistible best and barely gave Severn Stars a look in as they romped to 78-53 victory.

Sirens and Storm await at the Spring Showdown, where crowds can expect to see the reigning champions in full flight.