Monday Night Netball returns for the first time in a fortnight with a fascinating match-up between Celtic Dragons and London Pulse.

The very best teams in the Vitality Netball Superleague have been burned by the Dragons and the Sport Wales National Centre is certainly a fortress.

The challenge for play-off chasing Pulse is to raise their game once again on the road and not lose ground in the race for the top four.

Coverage on Sky Sports Mix and Arena is underway at 5pm with build-up and analysis ahead of a 5.30pm centre pass.

Pulse led from gun to tape in the reverse fixture, taking victory in a low-scoring Round 5 contest at the Copper Box.

Dragons showed their resilience to stay in touch and were within three in the third quarter.

But the introduction of Jasmin Odeogberin and Berri Neal gave the home side extra momentum in the closing stages to make the scoreline more emphatic.

They have come within ten points of beating both Manchester Thunder and Loughborough Lightning and a point shy of upsetting Surrey Storm.

A crucial win over Leeds Rhinos in their first game at Spring Showdown showcased their potential and there is no such thing as an easy game against Dannii Titmuss-Morris’ side. 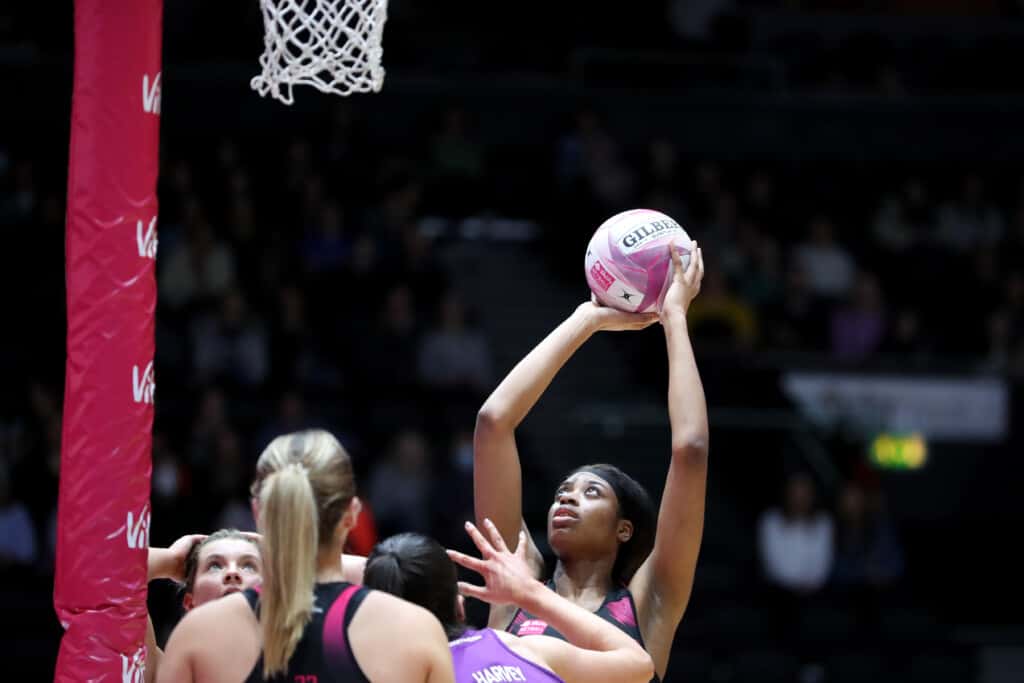 Pulse have taken the crucial next step into a play-off team this term but still have work to do to solidify their spot in the top four.

The absence of Funmi Fadoju threatened to derail their hopes but successive Showdown wins over Wasps and Saracens Mavericks saw them surge back into the top four.

With Stars, Sirens and Storm in their next three games followed by a heavyweight clash with Thunder, there are plenty of opportunities for Sam Bird’s outfit to pick up points and secure a first-ever finish in the Play-Offs.

Funmi’s injury recovery looks to be progressing well but she will miss out on Round 15.

A huge amount of work by our staff and Funmi herself to get back to doing what she does best ⁦@FadojuFunmi⁩ FF1 🥰👀 #borntofly pic.twitter.com/fTkDsgF6o6

Roses Futures star Olivia Tchine has been asked to step us as a senior player this season and proven equal to the challenge.

Out to stop her on Monday night will be Trinidadian defensive stalwart Shaquanda Greene-Noel, who has impressed in her first season in Wales, and will be confident of keeping Tchine in check.

The importance of that match-up is borne out in the numbers.

21-year-old Tchine is the fourth-heaviest scorer in the entire Vitality Netball Superleague with 494 so far this season, bettered only by the experienced trio of Proscovia Peace, Joyce Mvula and Mary Cholhok.

By the same token, Green-Noel has made 39 interceptions which is the second-highest in the league behind Team Bath and Roses star Layla Guscoth.