Cat Tuivaiti has been limited to a coaching role so far this season for Severn Stars (Image: Ben Lumley)

Cat Tuivaiti is a little overwhelmed, but she’s leaning into her fears.

The 35-year-old shooter has taking on the challenge of head coach for the first time, joining Wasps where she will also take to the court as one of their 12 players for the 2023 season.

This is alongside being mum to two young boys, who she is soon to relocate from Italy where her husband Jimmy will continue to play for Valorugby Emilia.

“It’s been a little bit overwhelming,” Tuivaiti admits. “None of this was a surprise to me but it’s very different.

“There’s a lot of things to consider that I’ve not had to consider before, but I love these kinds of feelings, these feelings of fear and anxiety, because it means I’m doing something meaningful.

“I’m very well supported here at Wasps, the GM [general manager] has been great, the assistant coach Bianca, she’s really helping guide me, as well and reminding me of things that I might be forgetting.

“I’m keen to learn in this space and I’ve made that very clear from the beginning, I’m not here to completely change everything, or to save the day because I am only one person.

“But if we can all learn together, we will be very effective.”

Tuivaiti has made the move from Severn Stars with whom she made her return to the court after having her sons Bash and Leo.

And while the former Silver Fern is well aware of how difficult it will be, she is ready to show her boys what she is made of, and she knows she will have a swarm of people ready to help her. 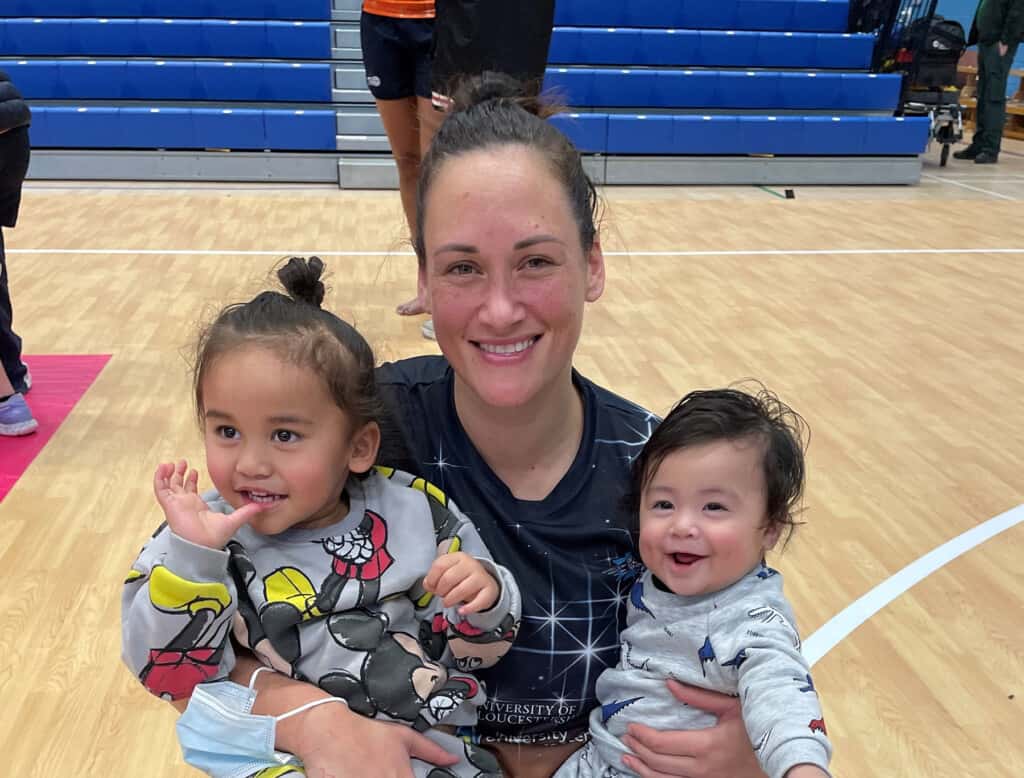 “I’m relocating with my two little boys, they are one and two, so they are lots of fun at the moment,” she says with a wry grin.

“I have my niece coming from New Zealand to help me take care of the boys because my husband will be staying in Italy, finishing out his rugby contract.

“There’s a few moving parts for Team Tuivaiti, but my husband and I have a very clear understanding that we want to still pursue our individual goals.

“It’s not impossible, it’s hard and this is the hard that I choose.

“I think it’s great for other woman to see that we can still pursue things, we can still do things that set our souls on fire, and we can take our families along for the ride.

“I do have my son Leo being walked around in a pram as we speak. This is it. This is a new environment for me.

“Lauren Nichols has a beautiful daughter as well, so we are going to make sure that everyone knows that this is a family friendly environment and we’re all in this together and we support each other.”

The former Northern Mystic’s openness is refreshing, but for her it is necessary as she explains how she has gone from a ‘snotty, naught little girl’ to a strong and resilient woman.

She said: “I’m not afraid to let people know what feelings I’m feeling. I think it’s important to embrace some of these feelings.

“I’ve done it in the past where I suppressed a lot of how I was feeling, and it would always come out at the wrong time or to the wrong people.

“And this is a high-pressure situation, we are in netball where it’s results-based and, people don’t see the hard work, they see the score, but they don’t see all the things that you might sacrifice behind the scenes just to be able to take to the court. 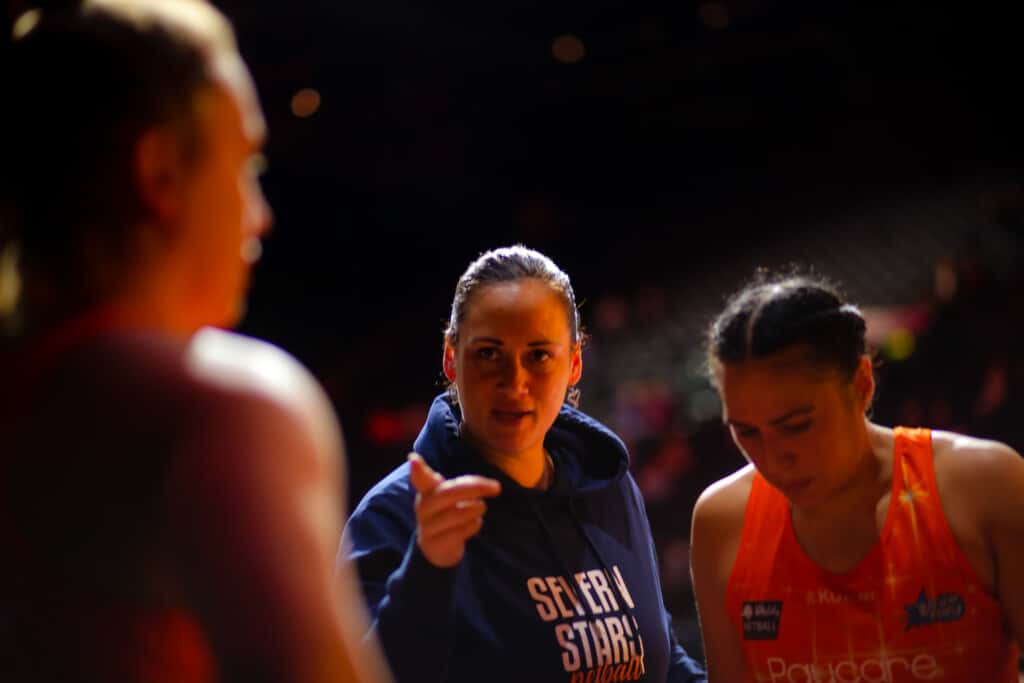 “Whatever I’m feeling, I do like to just feel it and speak about it when I can, and hopefully encourage other people to speak about their feelings because life keeps happening and it’s how we communicate those feelings that helps us get through it.

“We do need to be comfortable being vulnerable because it’s beautiful.”

Tuivaiti built a formidable partnership with fellow Kiwi Liana Leota when the duo was at Stars last season, but with Leota now director of netball at Leeds Rhinos, Tuivaiti jokes that the friendship is on hold.

“My arch enemy, we were friends, we’re no longer friends,” Tuivaiti laughs. “I think what Liana and myself bring to this country is a different style.

“And that’s not just of play, that’s of thinking, the way the game could be played, should be played, but also, we’ve been a part of pretty successful environments.

“We bring just a little bit of something else, and I know we are two Kiwis taking up some very valuable coaching spots here in the UK, but we do not take it for granted and we are absolutely here to do our best.”

Get your first look at the NSL teams in pre-season

Cooper confident new crop can put up a fight for Warriors