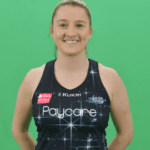 London Pulse further extended their points tally in the play-off places with a confident win over Severn Stars at the University of Worcester Arena.

Stars kicked off the scoring and it didn’t take long to see a Cat Tuivaiti signature move as she found captain Liana Leota in space with a no-look overhead pass, which she then received back and converted.

The head-to-head battle was finely poised as Pulse looked to overturn Bethan Dyke’s centre pass before goal shooter Olivia Tchine put her side ahead after converting her penalty shot.

After a crucial interception from Stars goalkeeper Summer Artman, Stars looked to counterattack at pace but after a misplaced pass from Katie Harris, Pulse’s Funmi Fudoju was there to cut out the attack on her return from injury.

Pulse continued with their rapid pace of play as wing attack Alicia Scholes found Sacha McDonald in space, but her shot only circled the hoop with Stars’ Lucy Herdman first to the rebound and there to clear the danger.

Stars began to grow into the game as they looked to overturn Pulse’s centre pass through Harris after her side produced a series of fast paced passes and quick releases, but Pulse instantly replied through McDonald after Tchine laid the ball off to the attacker

After Pulse’s quick start and clinical conversions, the visitors led 14-10 at the end of Q1.

Tuivati on song for Stars

Heading into Q2, Melissa Bessell looked to switch up the attacking duo as Paige Reed took the place of Harris.

Tuivaiti continued to inject her flair into the game as she found Dyke with another no look long pass, who then drew the defence in and threaded the ball into Reed, scoring and making an instant impact.

Despite not playing since game week 10, Fudoju returned like she never left. The goal defence was full of energy and was alert to the Stars danger as she provided two quickfire interceptions to cut out the turnover.

With Pulse’s lead now drawing to six, Tuivaiti looked to reduce the deficit as she used her strength to hold off the defence and claimed Leota’s pass, bringing the score to 20-15.

As the visitor’s intensity began to improve, so did Stars as a long ball from Pulse’s mid court was cut out by Artman after she was quick to read the play. A second interception from Stars defence came minutes later as Herdman, this time, was quick to react and created the turnover.

As the half time mark approached, Pulse were patient in their build up play as Tchine looked for the low ball from Scholes but Artman, once again, was there to nullify the attack. The strong passage of play following the turnover was capped off with a goal from Tuivaiti.

As the buzzer chimed for half time, Pulse led by six goals with the score line reading 27-21.

Heading into Q3, Pulse looked to work through the gears as they began to take control of the game. Drawing a greater lead, Tchine and McDonald continued to be clinical with their shooting after receiving fast one-twos between the mid court.

Stars, however, remained defensively alert as Artman produced a double interception within minutes as she read the play of the attacking duo and produced yet another turnover.

Substitute Isabelle Eaton looked to make an instant impact as she held her space and found Reed, who converted the turnover. The goal attack continued to link up well with Eaton as she produced a spin off the back of her defender to then receive the ball in from Leota and score.

With just five minutes left of the quarter, Pulse continued to increase their intensity and pressure as they drew a bigger gap in the score line. McDonald and Tchine demonstrated their strong link-up play as they produced a set of fast one-two passes and topped it off with a goal.

In the closing stages, Stars looked to find Eaton with a looping pass, but Fudoju was first to it and cut out the dangerous ball in. The quarter ended with Pulse still out in front at 43-28.

Bessell looked to freshen things up in the final quarter as Chloe Carchrie replaced Dyke in the centre position. It was not long before the youngster was involved as she drilled a chest pass into Reed who scored.

Despite their lead, Pulse didn’t take their foot off the gas as Carchrie looked to find Reed once again, but the quick release was met by the Pulse defence and turned over. The passage of play between the Pulse mid court was faultless and in no time, the ball was in the net.

A double change for Pulse mid quarter saw Scholes and Tchine leave the court as they were replaced by Berri Neil and Tayla Honey. The pair entered the field of play instantly and continued to display high pressure as Neil scored to further improve their lead.

Within the final few minutes, Eaton began to find her flow as she converted three consecutive goals but it was only enough to reduce the deficit to 38-53 at the final buzzer.

You can also watch the highlights from all the games in the VNSL 2022 season HERE. Buy tickets to support Leeds Rhinos at their home games here and support Loughborough Lightning at their home ground by buying tickets here.