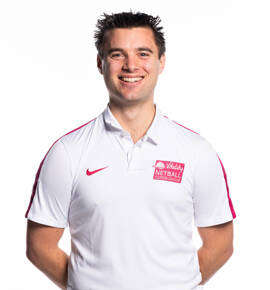 Umpiring at the Macabbiah Games in Israel during 2017

I started umpiring in 2011 following a suggestion from my wife and her teammates.

Flying out to Canada for their National Finals at very short notice. It was a great experience and a really lovely place to go.

I will eat chocolate before every game. Normally a Twirl or Chocolate Buttons.

Umpire a World Cup and a Commonwealth Games final.

I always start a run with “Ashes of the dawn” by DragonForce.

No. I actively avoid embarrassment.

Being able to encourage and inspire other umpires at all levels to push themselves and improve.

Practice and take every experience you can get.

Never be satisfied at just being “okay”; treat every match you umpire as if it’s the most important match you will do.