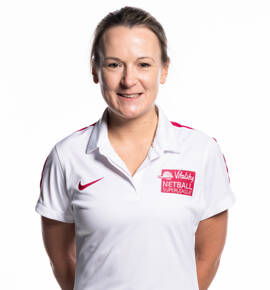 When I was 14 and my mum was delivering a C Award Course.

Celebrating every goal scored at the Marion Smith Championships like it was a gold medal winner!

Listen to music and a set warm up. Focus on the game that is about to happen and get in the zone to ensure I am on it from the first whistle.

Continue to perform at an international level.

My colleagues and friends in the East Midlands. Knowing that there are people who look up to me is a huge responsibility and they influence how I carry myself throughout my netball life.

I fell over after doing a toss up at Yorkshire Jets.

Working closely with the Officiating team.

If you really want it then you have to be prepared to sacrifice some things… but it is worth it. Listen to the feedback you get and take every opportunity you are given.

Everything is done for a reason – even if that reason isn’t clear to you at the time.