All ten Vitality Netball Superleague sides are being represented at the Vitality Netball World Cup in Liverpool this July. The Vitality Roses face Uganda She Cranes at the M&S Bank Arena, Liverpool, on the opening day, with seven players who were involved in the 2019 VNSL season hoping to star.

English netball is at an all-time high following the Commonwealth Games triumph at the Gold Coast last year.

In 1975, under coach Mary French, England finished in second place, their highest ever position in a World Cup. With home support and players at their peak, Tracey Neville’s talented squad are aiming to lift the trophy and they will be hoping for a strong performance against an exciting Ugandan side in their opening game.

The She Cranes, meanwhile, have improved exponentially in recent times, rising from 17th in the INF world rankings to sixth. The current side is littered with world-class talent and they have proven capable against some of the best.

Uganda beat Zambia 64-56 on the penultimate day of their regional qualifier to secure their place in Liverpool. They join Zimbabwe as the qualifiers from the Africa region and are one of five African teams participating at the event.

They first appeared at the 1979 edition of the Netball World Cup where they drew equal 13th with St Lucia, their best finish came at the 2015 edition where they finished eighth.

Mary Cholhok became the second Ugandan to turn out for Loughborough Lightning when she signed for the Midlands outfit last year. The 6’7 goal shooter has made an impression on court thanks to her evident shooting prowess, winning the Gilbert Golden Shot Award.

Serena Guthrie was first selected for the England squad 11 years ago, making her debut when she was just a 17-year-old. Guthrie was named in Super Netball’s Team of the Year in 2018 before returning to Team Bath, who often benefit from her unplayable performances in the centre. One of the world’s most dynamic players, Guthrie will lead the Vitality Roses in Liverpool as captain.

Eboni Usoro-Brown is one of the most decorated and well-known members of the Vitality Roses. The 31-year-old has represented her country at two previous World Cups and in three Commonwealth Games. The experienced defender was nominated for the Vitality Player of the Season Award thanks to her stellar performances with Team Bath.

Jade Clarke is England’s most capped player of all time with 161 caps to her name. The 2018 Commonwealth Games gold medallist plies her trade for Wasps Netball and was among the highest in the league for interceptions last season. The mid-court star brings a vast amount of experience and leadership to the court.

Clarke’s Wasps teammate, Rachel Dunn, enjoyed a highly prosperous Vitality Netball Superleague campaign. The clinical goal shooter finished as the second-highest goal scorer in the regular season and was subsequently awarded the Vitality Player of the Season accolade. Dunn, who has amassed more than 200 Vitality Netball Superleague appearances, debuted for England in 2004 and has since collected a number of medals. 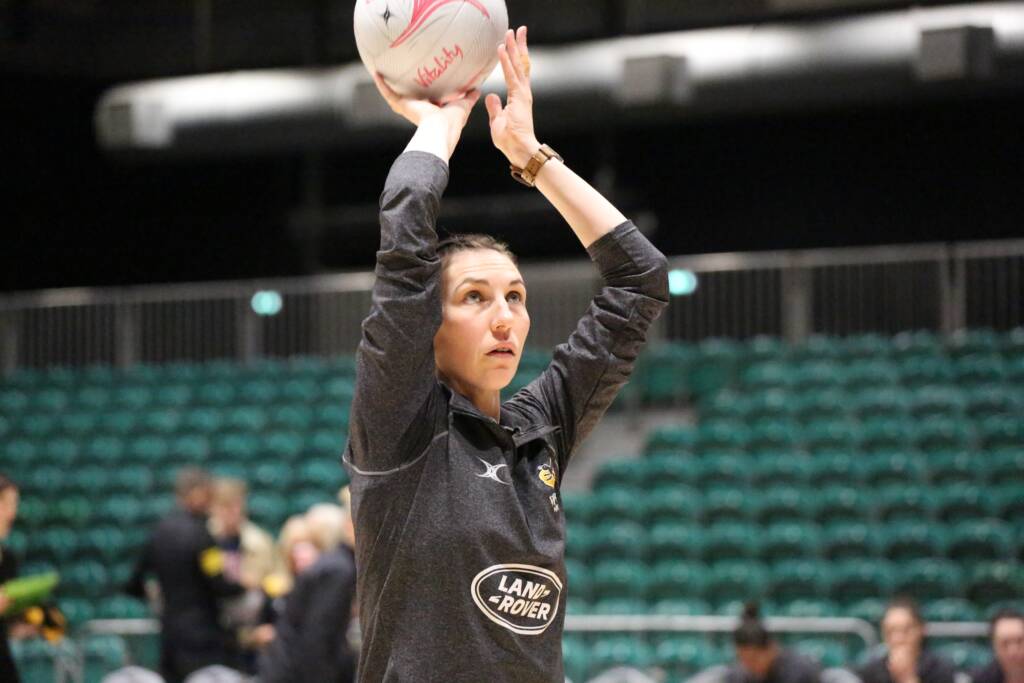 At 21, Fran Williams is the youngest member of Tracey Neville’s World Cup squad. Williams, who has previously captained her country at the Netball World Youth Cup in 2017, comes off the back of an impressive season for Wasps where she finished in the league’s top five players for interceptions. Despite her tender age, the defender has three caps for the Vitality Roses and will play a big part in Liverpool.

Vitality Rose and Loughborough Lightning star Natalie Panagarry is an energetic and popular figure in the netball scene. The rising star, who plays at centre or wing defence, captained Lightning last term and was a standout figure for her side throughout the season. Panagarry was thus nominated for the Vitality Player of the Season Award.

England and Uganda have played each other once previously in netball’s pinnacle event. They went head-to-head in Group 2 at the 1979 World Netball Championships with the Vitality Roses coming out on top.

The She Cranes toured England last November and provided competitive tests for the Vitality Roses. Vincent Kiwanuka’s team ran their opposition close at times but lost 50-46, 65-53 and 66-37 respectively.

In fact, Uganda faced up with England on four occasions during 2018 after a Commonwealth Games clash in Australia. The Ugandans showed significant endeavour but ultimately missed out by six goals.

Against her English counterparts in the Vitality Netball Superleague, Cholhok only won once in six games against Wasps and Bath. The Ugandan proved clinical in many of those fixtures, however, and managed to hand Wasps their second defeat of the season with a last-gasp goal.

Too often, though, the superb mid-court performances of Guthrie and defensive capabilities of Usoro-Brown stifled Lightning’s attacks. Against Wasps, Dunn proved too clinical at the other end of the court and was instrumental in her side’s victories over Lightning.