Samoa are relative newcomers to the competition compared to their opposition, first appearing at the World Cup in 1991. The Samoans have been consistent when on the world stage, qualifying for every edition since their debut and finishing inside the top ten on six separate occasions.

English netball, meanwhile, is at an all-time high following the Commonwealth Games triumph at the Gold Coast last year. They are now second in the INF World Rankings – their highest position on the list – and have won one silver and several bronze medals at the World Cup. With home support and players at their peak, they will hope to go one better in Liverpool.

Serene Guthrie was first selected for the Roses squad 11 years ago, making her debut when she was just a 17-year-old. Guthrie was named in Super Netball’s Team of the Year in 2018 but now plies her trade for Team Bath in the Superleague, who often benefit from her unplayable performances in the centre. One of the world’s most dynamic players, Guthrie will lead the Vitality Roses in Liverpool as captain.

Eboni Usoro-Brown is one of the most decorated and well-known members of the Vitality Roses. The 31-year-old has represented her country at two previous World Cups and in three Commonwealth Games. The experienced defender was recently nominated for the Vitality Player of the Season Award due to her stellar performances with Team Bath.

Jade Clarke is England’s most capped netball player of all time with more than 161 caps to her name. The 2018 Commonwealth Games gold medalist plies her trade for Wasps Netball and was among the highest in the league for interceptions last season. The mid-court star brings a vast amount of experience and leadership to the court. 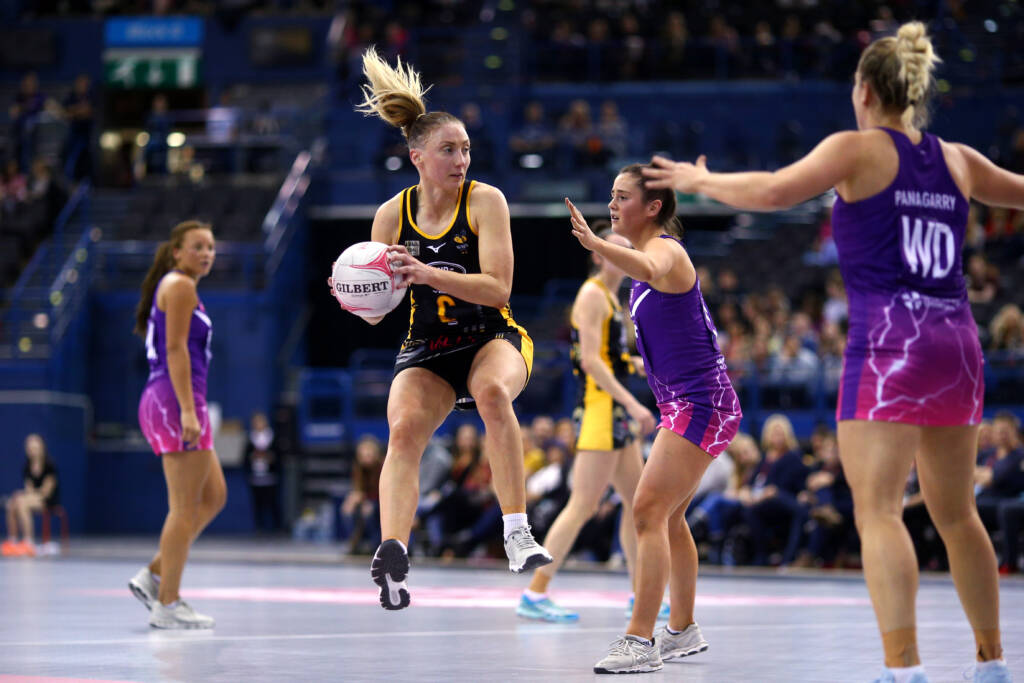 Clarke’s Wasps teammate, Rachel Dunn, enjoyed a highly prosperous Superleague campaign. The goal shooter finished as the second-highest goal scorer in the regular season and was subsequently awarded the Vitality Player of the Season accolade. Dunn, who has amassed more than 200 Superleague appearances, debuted for the Roses in 2004 and has since collected a number of medals.

At 21, Fran Williams is the youngest member of Tracey Neville’s World Cup squad. Williams, who has previously captained her country at the Netball World Youth Cup in 2017, comes off the back of an impressive season for Wasps where she finished in the league’s top five players for interceptions. Despite her tender age, the defender has three caps for the Roses and will play a big part in Liverpool.

Vitality Rose and Loughborough Lightning star Natalie Panagarry is an energetic and popular figure in the netball scene. The rising star, who most commonly plays centre position on the court, captained Lightning last term and was a standout figure for her side throughout the season. Panagarry was thus nominated for the Vitality Player of the Season Award.

The Vitality Roses and Samoa have come together on just a handful of occasions. Their last two meetings, in 1999 and in 2015, ended in victories for the Roses. At the previous edition of the Vitality Netball World Cup four years ago, England triumphed in all four quarters to record a convincing 85-34 victory in Sydney.