When Christina Shaw stepped out onto court in Round 1, she was not only making her Vitality Netball Superleague (VNSL) debut but also achieving vindication for a difficult decision made several years prior.

Shaw started at wing defence for Celtic Dragons against Leeds Rhinos Netball in the curtain-raiser for the 2021 season. At 23, the talented defender’s VNSL debut was a long-time coming for an athlete so highly regarded in the Welsh system.

The youngster had been part of the Welsh Netball set-up since the age of 15 and went onto make her debut for the senior team in 2017. At domestic level, she had already represented Dragons and Team Bath Netball at U21 NPL level.

This delayed entrance to the VNSL was not due to lack of talent or motivation, though, but the opposite. Shaw had actively made the decision to defer her Superleague place to focus on her education.

Shaw had adjudged her options after her A Levels and opted to take a step back in order to get a degree in Biological Sciences at the University of Exeter.

“I had finished my A Levels and was obviously really enjoying my netball. However, at that stage, you really have to weigh up what you have in front of you and where you’re going,” she said.

“I decided to do Biological Sciences and, for me, that was my passion and I really loved what I was doing. Long term, I was looking into loads of career options and found that I enjoyed the microbiology and infectious disease side of things.

“Going to Exeter was quite a big change. That was a very big decision for me. I did a Biological Sciences degree there and my aim was to focus on my education and get my degree above anything else.”

The decision to sacrifice a large part of her netball life for a period was a challenging one for Shaw, who had been playing netball in South Wales since she started in primary school at the age of nine.

It was a challenge she felt she had to take and one she rose to. Despite having no VNSL side on her doorstep in Exeter, she was able to strike a balance between continuing her netball development and furthering her education.

“Being able to get your education and play netball is definitely breaking barriers at the moment. It may not what is expected. To be able to make your own decisions is really empowering.

“It’s important to see where you’re at, what you want long term and focussing on what you enjoy. There are no right or wrong answers. You can now really pursue a netball career as well an academic career.

“I was lucky enough to commit to Welsh Netball and play in BUCS while I was at Exeter. I had to keep in touch with Welsh Netball to keep those links going to enable me to have that on the horizon. Exeter were really key in my journey and helping me excel where I was with the knowledge that there were opportunities to come.”

There was always an expectation that Shaw would return to the VNSL fold once graduating and she did so last year having already landed a new job in Medical Communications.

The Dragons starlet is also now a fully-fledged member of the Superleague and has featured in all of her side’s 2021 games so far.

With Shaw about to start a new job in the field she is passionate about and playing ‘her sport’ at the elite level, she feels rightly vindicated in making her brave decision to put her education first for three years.

“I spent a lot of time thinking whether it was the right decision. Now, I’m lucky enough to be in this set-up. Being 23, there was the possibility of starting earlier but I made that decision to take that time away to focus on my degree.

“Looking back, it was the perfect decision for me. To have now made my Dragons debut, I can reflect knowing I wouldn’t change a thing. It was everything I ever wanted and I’ve really enjoyed it.

“When I got my debut, I was gobsmaked because if how much hard work has paid off. I’m lucky enough to now get my new job and hopefully it all goes well.”

On International Women’s Day (March 8 2021), Shaw now hopes she can be a role model for young netballers who are facing a similar crossroads once they finish school.

Role models, Shaw says, are hugely important for women and that there are now even more athletes to look up to who choose to challenge off the court. 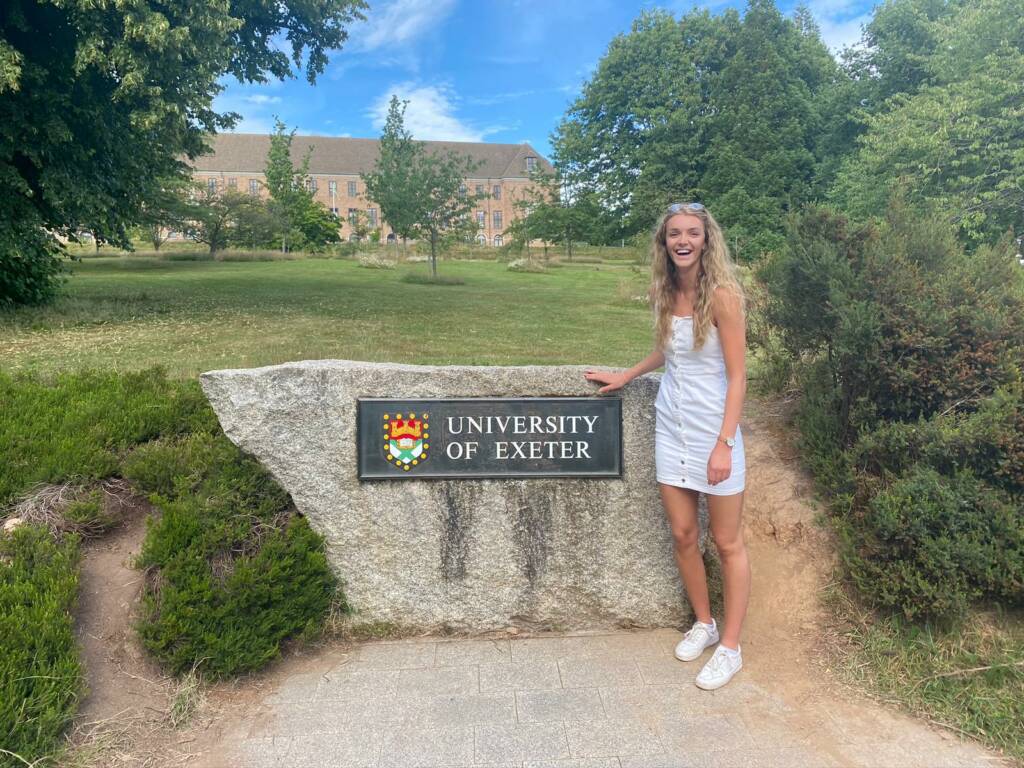 “I think we sometimes forget how much of a platform we have as female athletes. To be able to share our experiences with younger generations and for them to see how they can achieve in life is very important.

“The world is changing and it’s really important to elevate our sport as a whole. We want to recognise the achieves that these individuals are achieving. You have got some with full-time careers and some that might be focussing on their education or something else.

“It’s important to get that diversity within Superleague and really reflect that there is no right or wrong. Long term, anyone can achieve anything. Having those role models is really key to breaking barriers now and in the future.”

Celtic Dragons
Previous Story Nia Jones: “There are no easy games in the Vitality Netball Superleague”
Next Story Felisitus Kwangwa: “For centuries women have never been in the spotlight but things are changing”