After 20 rounds and five months, the Finals Weekend of the Vitality Netball Superleague (VSNL) 2021 season is finally upon us and Team Bath Netball hope to be lifting the trophy on June 27.

They will join Loughborough Lightning, Manchester Thunder and Leeds Rhinos Netball when four top-class sides descend on the Copper Box Arena this weekend.

Get the lowdown on Team Bath Netball ahead of their semi-final encounter with Thunder on June 26:

The Lowdown: Team Bath Netball were many people’s favourites to lift the Superleague title before the start of the 2021 campaign on 12 February mostly on the basis of a stacked squad of 15. 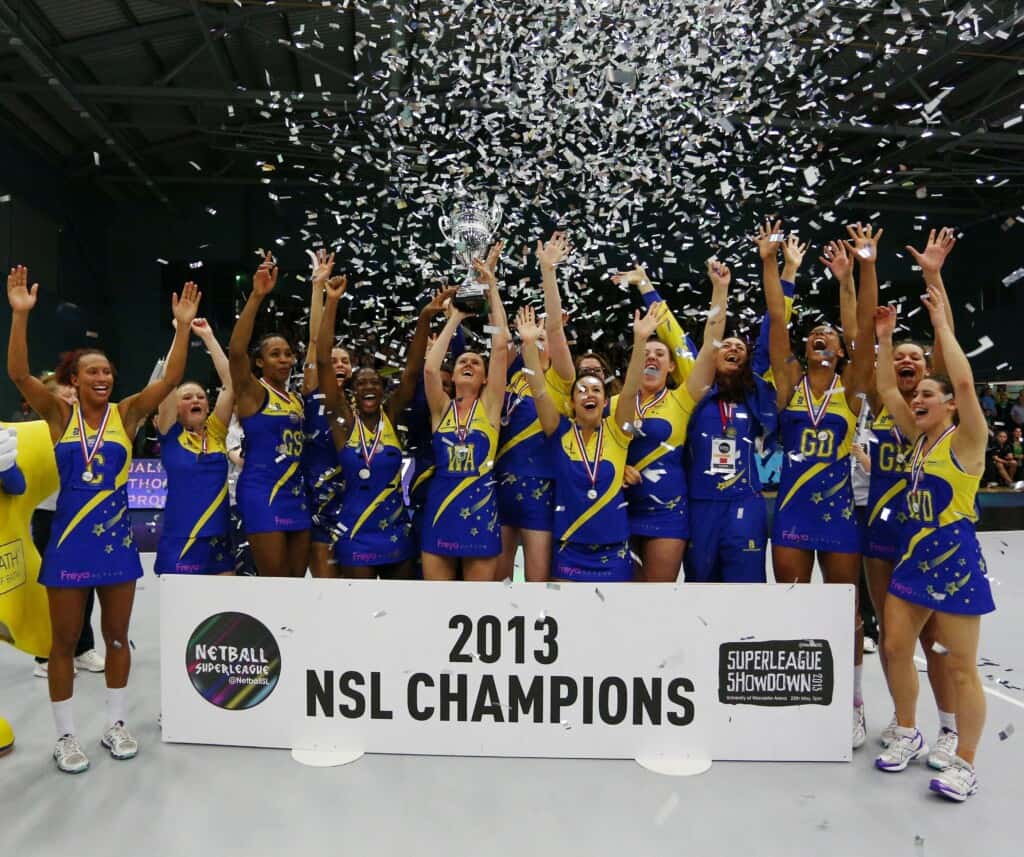 The team featured star players such as Vitality Rose Sophie Drakeford-Lewis, prolific shooter Kim Borger and Imogen Allison in 2020. During the signing window, the Bath outfit added the likes of Serena Guthrie, Layla Guscoth, and Eboni Usoro-Brown to their 2021 roster.

Aided by a host of promising young talents, the team have navigated the regular season very impressively.

They led from Round 7 right up until the final game, winning 17 of their 20 games with two defeats to Saracens Mavericks and one to Loughborough Lightning the only blotches on an otherwise flawless campaign.

The Blue & Gold are entering their fourth consecutive Finals Weekend but will be hoping to make the final for the first time since 2013 when they won the last of a record five VNSL titles.

Anna Stembridge’s side will have to defeat old adversaries Manchester Thunder in their semi-final meeting in London on June 26. In the pair’s previous encounters this term, the Bath triumphed on both occasions (60-35 and 41-44).

Key Players: Team Bath Netball’s Starting VII has regularly consisted of a strong spine from defence right through to the shooting circle.

Layla Guscoth – joined by the world class Eboni Usoro-Brown in defence – has been practically unbeatable. She sits second in the league for turnovers (88), interceptions (43) and third for deflections (71).

Serena Guthrie has been a stalwart in 2021 and her contribution on the entire team since returning to the fold has been immeasurable. The Vitality Rose captain has captured the imagination of those watching at home with her energy, skill and exuberance this season.

A player who has sparked up a strong relationship with Guthrie has been shooter Kim Borger. The Australian has been the beneficiary of feeds from her talented teammates and Borger has made no mistake in converting under the post, scoring 564 goals with a success rate of 93 per cent.

Where to Watch: You can watch Team Bath Netball’s semi-final with Leeds Rhinos Netball live on Sky Sports Action and Mix. You can also watch for free on YouTube here.

The Rise Again Festival is returning this December

Team Bath Netball
Previous Story Where to Watch: Vitality Netball Superleague Round 20
Next Story Lightning’s Sam May to retire from netball after Finals Weekend

The Rise Again Festival is returning this December