Ahead of the 2022 Vitality Netball Superleague season, we checked in with last season’s Grand Final winning Head Coach, Sara Francis-Bayman to pick out the things she’s looking forward to watching in the competition this year.

Francis-Bayman is heading to Australia in the coming weeks to join her wife Stacey who is playing for West Coast Fever in the Suncorp Super Netball competition, as she begins an 18-month leave of absence following a draining 2021 campaign that ended with Loughborough Lightning winning their first Superleague title.

Victoria Burgess will lead the reigning champions when they get the season underway against London Pulse in the opening game of the Season Opener double header at Resorts World Arena in Birmingham this weekend – tickets available  here.

“Last year at the final I was elated at the end of it but I couldn’t find any energy to do anything, it had been so much – so this year I am kind of looking forward to just being a fan,” Francis-Bayman said.

“I am going to miss it, I think this is the part that you enjoy as a coach and a player – when you get to play week in, week out and experience the highs and lows of the season.

“But I am looking forward to not having that responsibility of being at the whim of wins and losses every week and trying to find a way through it when games come at you so thick and fast – it consumes you for five months of the year.”

As the season gets underway, Francis-Bayman will be in the commentary box for Sky Sports but we asked her what she’s most looking forward to in the league this year:

There has been movement with big names coming in, or changing teams. Proscovia Peace to Storm is huge for Surrey, she’ll be a major piece of their puzzle and the same goes for Cat Tuivaiti going to Stars to link up with Liana Leota. Fans of every team will be excited about that.

Nat Metcalf and Shadine van der Merwe going to Thunder – who were already strong – now look like they have no weaknesses across the court.

Lightning have got a new look defence end with Zan Vimbela and Fran Williams coming in and you can put Team Bath’s signing of Phumza Mahweni in that same bracket.

There has been internal movement too but big names coming back into the competition is an indication of where the league is at with players happy to come in and not have to go looking abroad for better options any more.

I think the movement around the league this off-season has made it really interesting especially when you talk about the top four conversation it becomes harder to predict.

Fans have a big role to play

As things get back to a more normal season, there are a few things to watch out for, the return of home and away games and also the return of 60 minutes games.

One of the big things this year is that home advantage is back and for the teams that have great support and great crowds it will make a huge difference.

Teams will have got used to shortened games – but now it’s back to a full hour of game time, getting some stick from the away crowd and all those things that perhaps we had forgotten about during last year’s necessary changes.

This opening weekend will be a bit of a jolt to the teams – they’ll see the crowd and then the feeling of why you do it will come back as the teams return home and how that advantage may work out for them.

I don’t particularly like being the away team at Thunder! That drum never shuts up! You can’t hear yourself think and the likes of Storm always have a sold out crowd which are great.

It will be fun to see how Rhinos react to playing in front of a crowd for the first time, and how teams deal with going to Yorkshire again to play in front of that crowd.

The Vitality Netball Superleague is back 👊

Watch it all unfold live on @SkySports and YouTube 📺 pic.twitter.com/YWLOVlHAOp

The race for the top four

Maybe three of the top four you could have a good guess at who they would be but I think the fourth name…I don’t have any idea because we don’t know what the teams will look like.

Gone are the years when the split in the league was massive and you had a top four and then an ocean to anyone else. I think the exciting thing is that you can’t predict the result of a lot of games and last year’s race for the top four was fantastic.

We are probably in for more of the same, we are at the stage where that fourth position is really hard fought and in a couple of years time we will find it has gone a step further.

We may have no idea who is going to make the top four at all – which will be a great place to be in.

Over the last four or five years, Superleague has made massive strides. It was probably regarded as the third best league behind Australia in New Zealand.

Australia leads the way, but while the British and New Zealand leagues are very different I don’t think one is better than the other and that is shown in the willingness of players to come here and play without it being a stepping stone to something else.

Teams like Northern Ireland have used the Superleague to develop their players and the national team – South Africa are doing the same thing.

They have identified the opportunity that Superleague gives them to play at the highest level, against some of the best players in the world. Lining up against Beth Cobden, Serena Guthrie and Layla Guscoth week-in, week-out you are ready for international netball.

Players all over the world are recognising that and the league is on the right path. 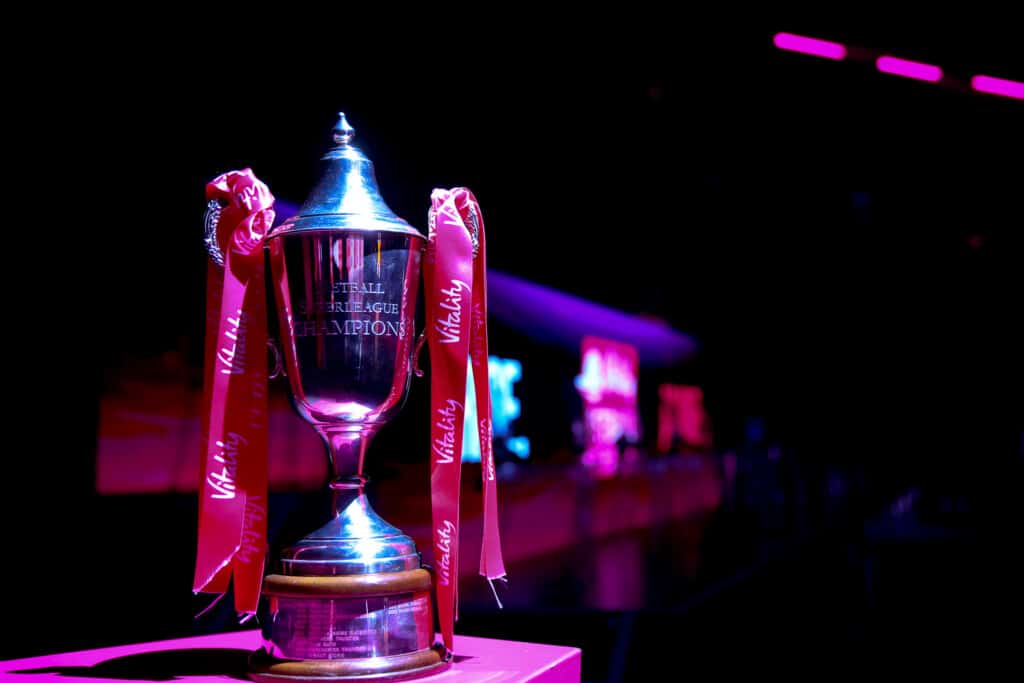 I cannot wait to see the next group of young talent. Every year we see new names and last year the names of Suzie Liverseidge, Sophie Kelly, Funmi Fudoju all burst through. How will they continue their journey and also, who else will we see come through?

Bella Bayliss at Mavericks will get more game time and can make a mark, Thunder’s Yomi Eza-Wilson is a really exciting player, and also Rachael Fee at Wasps.

Of course players and coaches are trying to win a Superleague, but a story within a story is players trying to get themselves picked for Commonwealth Games.

Selection for the Roses in particular is very open, and they’ll be some players who think that a big Superleague season can push their case, while the Welsh, Scotland and Northern Ireland players are all in the same position.

It’s a tough season when you have one eye that little but further ahead but you are trying to help your team. That’s part of the challenge for coaches too, to try and focus minds and make sure performing for the team comes first.

Everything else takes care of itself.