After every round, and in this weekend’s case two rounds, we’ll pick out the talking points to emerge from the action up and down the league.

With nine games to digest across a busy Saturday and Sunday in Birmingham there was plenty to take in as new faces made their debuts, star performers returned from injury and the fans made their presence felt from the first game to the last.

Here’s what we learned from a bumper weekend of netball at Resorts World Arena…..

Manchester Thunder made headlines in the off-season with their captures of Natalie Metcalf and Shadine van Der Merwe but across their perfect start to the season in Birmingham at the weekend it was their talented youngsters that dazzled.

Huge congratulations to @YomiE_W, @YasminRoebuck and @Emmarayner01 🎉
We saw 3 incredible #debuts today from these young athletes, all of whom have come up from our @PathwayThunder programme 🌟
They are ones to watch for sure 🤩

Yomi Eza-Wilson was only elevated of the matchday 12 on Friday but was handed a start in Thunder’s 79-53 win over Celtic Dragons on Saturday and showcased her immense talent, becoming the first of three Thunder Pathway stars to make their Superleague debut.

Yasmin Roebuck and Emma Rayner also made their first appearances in the Thunder first team to make it a memorable Saturday and the trio were all on court as Thunder made it two wins from two with victory over Severn Stars.

It says plenty that Lois Pearson (22) and Millie Saunders (20) are now established members of the squad with Saunders taking Sunday’s Player of the Match honours.

“They are pretty good aren’t they,” smiled captain Laura Malcom in the mix zone afterwards.

“I love it, and I have coached a lot of these girls when I was Pathway coach and I knew they were superstars then.

“It’s lovely to be playing with them and have them tell me what they want me to do on the court – it shows how confident they have become in their own game.”

Injuries were a big part of last season and while some big names were missing over the weekend, two days of action at Resorts World were notable for the welcome return of some fan favourites. 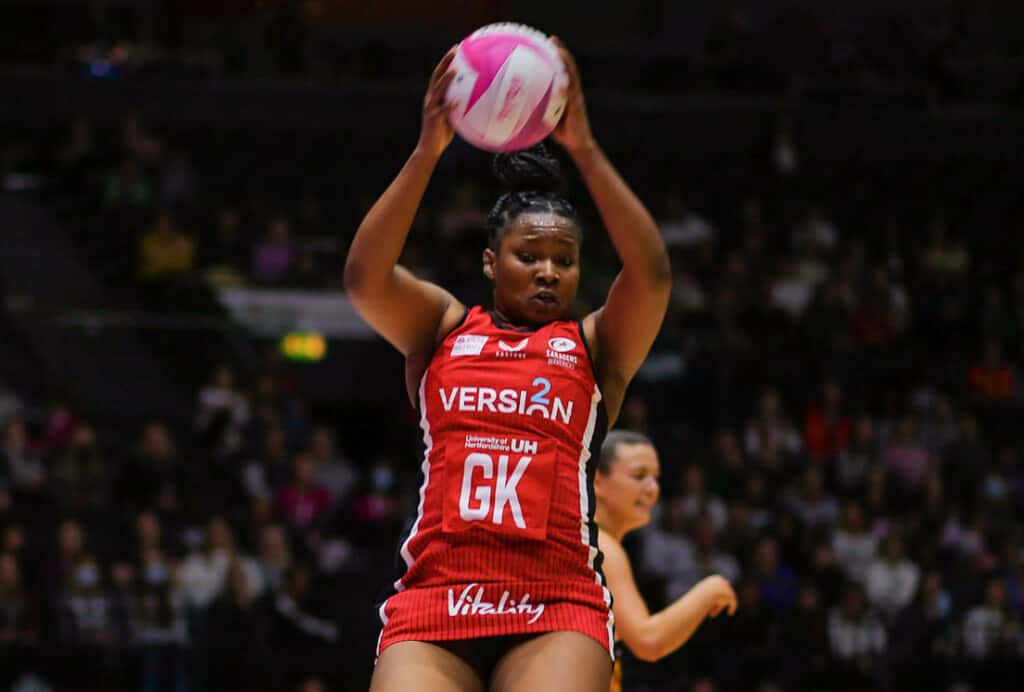 Razia Quashie was one of several stars to return from injury (Image: Ben Lumley)

Severn Stars welcomed back Paige Reed whose return was marked by a starring role in the victory over Surrey Storm on Saturday, while Team Bath were able to draw on the notable experience of Jess Shaw.

Bethan Dyke, Laura Rudland and Hannah Joseph were also back in action after their own injury lay-offs while Saracens Mavericks had the notable presence of Razia Quashie and Gabby Marshall in their starting line-up.

“I’m just happy with how far I’ve come,” she said on Saturday.

“t’s been a long eight months for me. I was really upset that I didn’t get to finish off last season and get the team over the line but to come back after such a serious injury,

So are we Raz, glad to see you all back.

While no one was designated a home team in Birmingham, all 10 teams in attendance felt plenty of support from a lively crowd across both days. 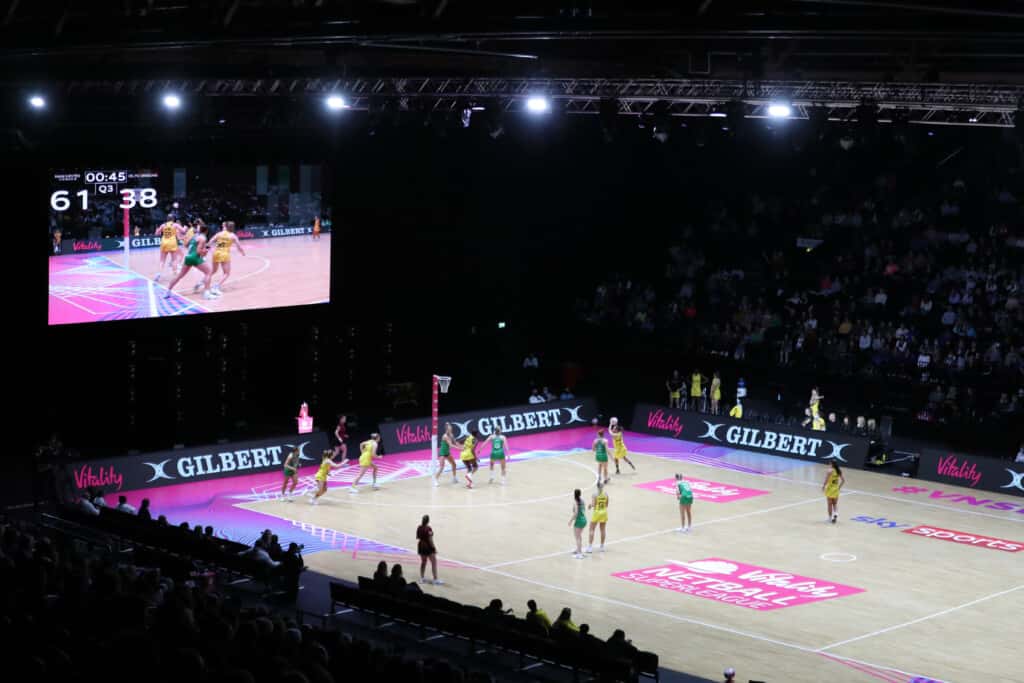 Those playing in the final game on both Saturday and Sunday still felt the benefit of the Resorts World Arena crowd who were still cheering intercepts, turnovers and goals like it was midday.

As well as joining in with the Carpool Karaoke, a netball version of the chase and an obligatory Mexican wave!

It all bodes well for the rest of the season as teams return to their home arenas for the first time since 2020, and the players cannot wait to feel the support from their passionate crowds.

“Absolutely! We’ve really missed having fans in the arenas,” Iona Christian said as Wasps prepare to return to the CBS Arena

“They bring the noise and give us extra energy and it changes the game so much. We’re grateful to have them here cheering us on.”

We love our international stars coming to play in the Superleague and while it was great to see Proscovia Peace back in the competition, it was Celtic Dragons goalkeeper Shaquanda Greene-Noel who caught the eye. 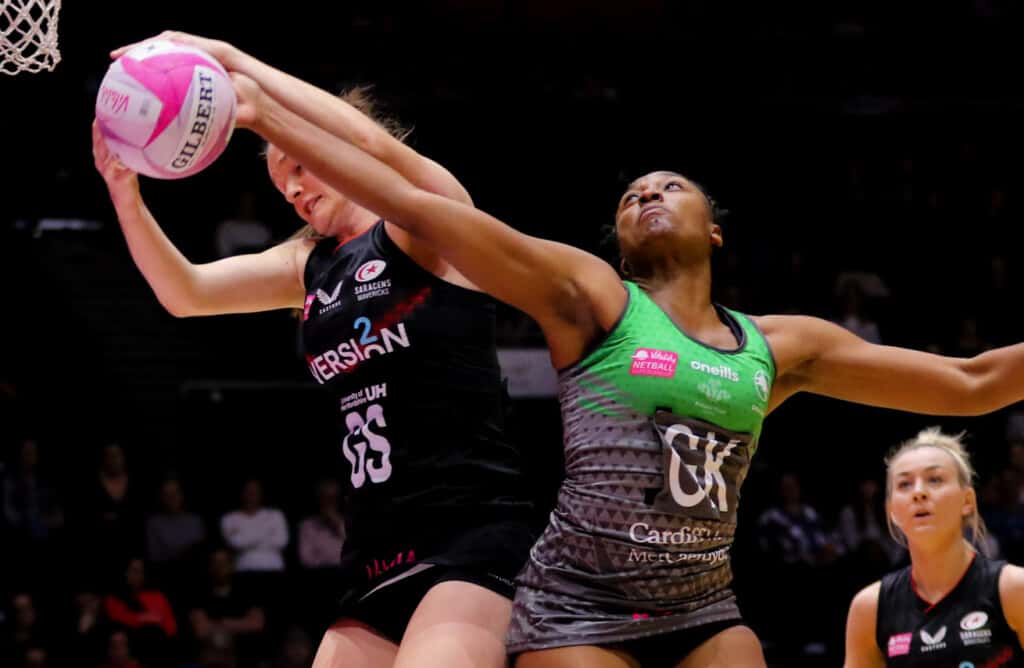 Shaquanda Greene-Noel looks like being an entertaining addition to the Superleague this years (Image: Ben Lumley)

The Trinidad & Tobago international was a notable off-season capture by the Welsh franchise and from the first moments of her debut against Manchester Thunder it was clear to see she wears her heart on her sleeve – steaming out of the circle for an early intercept, only to fall foul of the umpire.

Clare Jones was full of praise for the new recruit, and fellow Dragons debutant Lefebre Rademan, but we’ll give the final word to Greene-Noel whose admitted it was a dream come true to play in a league she’s been glued to from afar.

“I’m flabbergasted! I’m lost for words. It’s a really great moment in my life right now,” she said on Saturday

“I’ve been watching the Superleague for years on YouTube and so to actually be here is great. The girls really welcomed me in and made me feel at home and it feels like I have been here for years.”

“I’m very dramatic! It was my debut, and I was having fun. I know that we lost the game, but it felt like we won.”

Emerging forces out to make mark

London Pulse and Strathclyde Sirens have made no secret of their ambitions, and the pair backed those up with statement wins as they threaten netball’s established order. 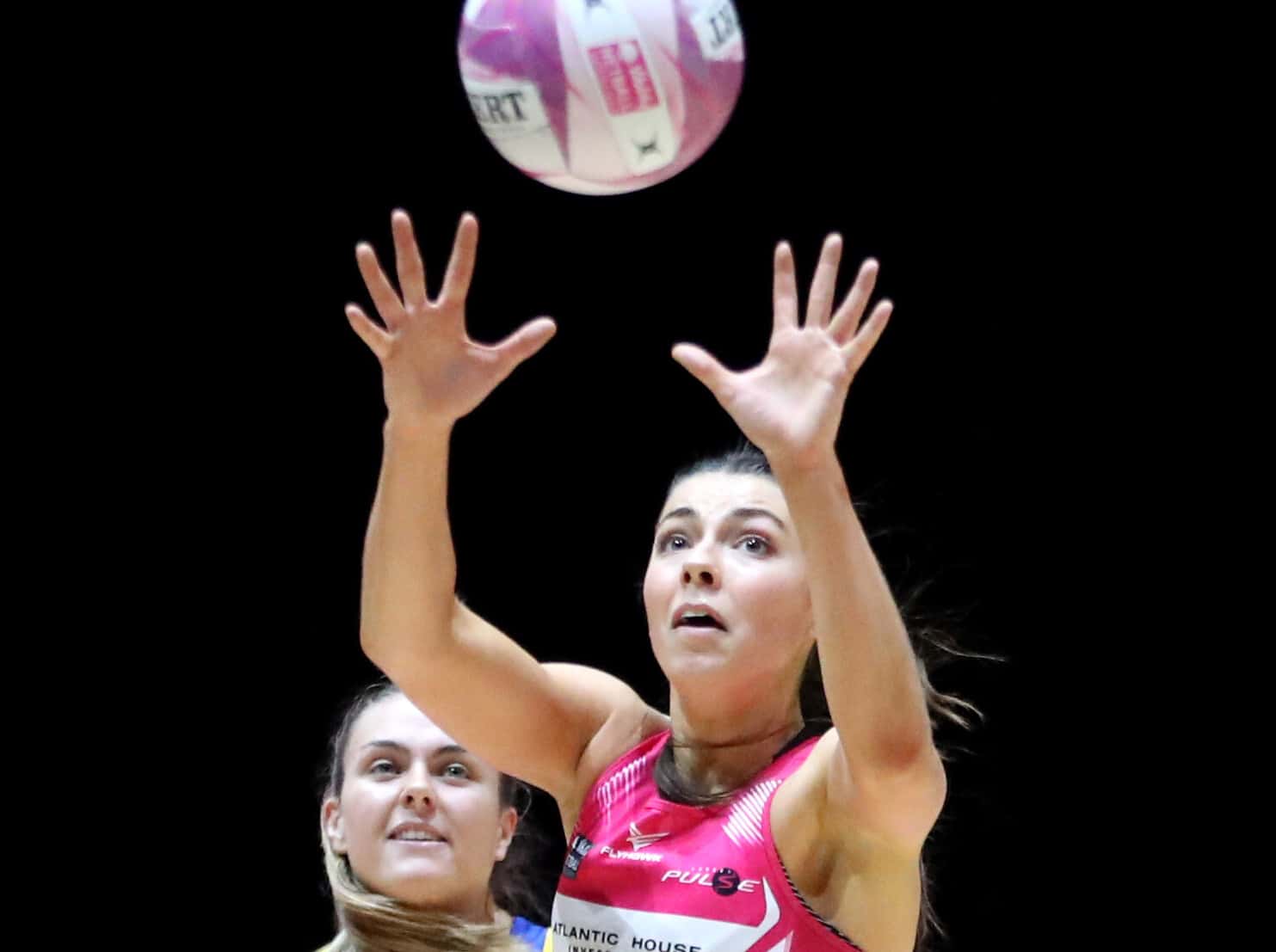 Pulse emerged victorious from the game of the weekend against five-time champions Team Bath, while Sirens knocked off 2018 and 2019 champions Wasps. Sirens recorded their best ever finish of sixth last season and the performance was no surprise to shooter Bethan Goodwin.

“We’ve always had our targets and we’ve always thought of ourselves as top contenders, its really last season that it came together, and we started putting out performances that did surprise people – but we weren’t shocked by them- we knew we has that in us.

“We want to build on last season, it’s not about pressure it’s about executing what we know we can and taking it to the top 4 teams this year.  “

Leeds Rhinos grabbed the final place on offer in last season’s top four to mark their debut season in style – Sirens and Pulse have been around (a little) longer and it’s clear they are determined to make their mark themselves.

“Our ethos is to be the names of tomorrow but we know we have the ability now to take down the big names and that is a big part of things – belief in ourselves despite the fact we are so young,” co-captain Zara Everitt told us in the aftermath of Sunday’s statement win over Bath.

It promises to be a memorable season.

Reading: 5 mins
Previous Story Vitality Netball Superleague 2022: Thunder & Mavericks stay perfect, Pulse shock Bath
Next Story Netball is Home: “Prove yourself, do your job and do it well and the rest will be history,” says Razia Quashie.