The 2022 Vitality Netball Superleague may only be three rounds old, but as they prepare for a first competitive home game for two years Team Bath are displaying the trademark resilience required in the hunt for the title that has alluded them since 2013.

An opening day win over Strathclyde Sirens at Season Opener was followed by defeat to London Pulse in a thriller on the second day in Birmingham, before injuries and illness decimated the squad for their trip to Yorkshire last Monday.

With head coach Anna Stembridge sidelined, Jo Vann stepped in to lead the squad as they sought to bounce back from a surprise defeat.

Three partners and a training associate filled the gaps left by Betsy Creak, Hannah Passmore, Rachel Shaw and Serena Guthrie and what followed was a 20-goal victory against a Rhinos team that had edged out Sirens on Friday night. 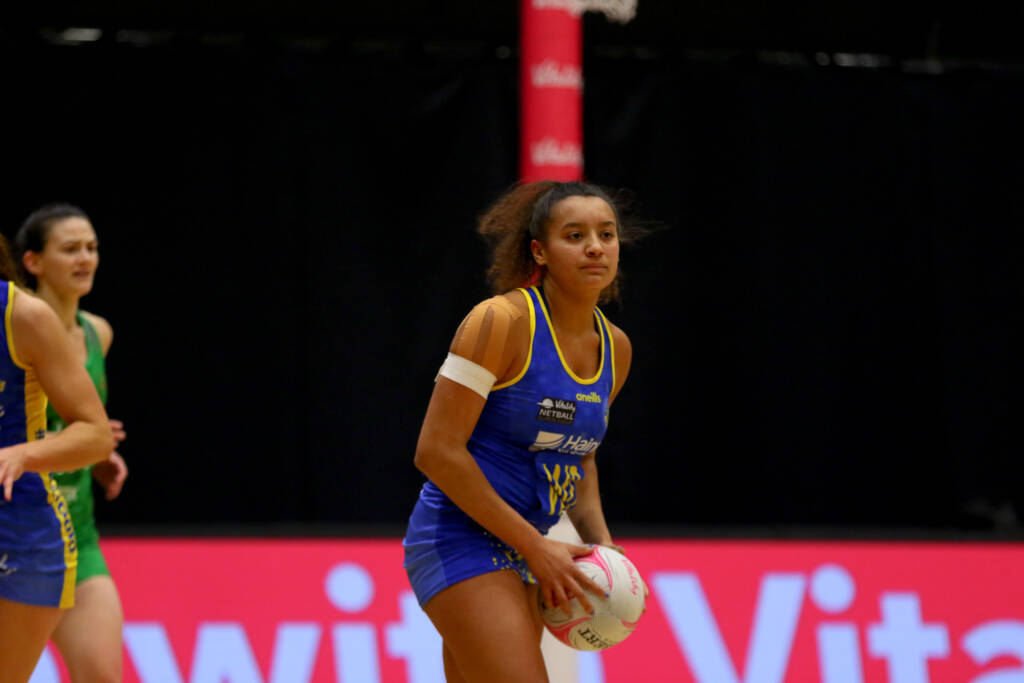 Imogen Allison has starred so far this season for Team Bath

With Imogen Allison and Layla Guscoth leading the way a superb team effort saw Bath take the win and sit inside the top four with six points at this early stage of the campaign..

Up next, it’s a return to Team Bath Arena where Surrey Storm are the Friday night visitors for a contest that starts Round 4 and can be seen live on the Sky Sports YouTube channel from 7pm.

Tickets are also available for the contest which will see Bath back in action on their home court for the first time since 2020 after last season was switched to two central venues and Anna Stembridge can’t wait to welcome the fans back.

“We are all so excited at the thought of finally playing a home match again.

“We are so lucky to have had fans travelling to cheer us on at the Copper Box Arena in the back end of last season and then Birmingham for this year’s Season Opener but nothing beats playing in front of your home crowd. It’s going to be a great night, we can’t wait!”

What could have been a daunting trip to Sheffield for the Rhinos first ever home game underlined the depth of talent in the Bath ranks, with a dominant win impressing everyone.

Lily-May Catling became the latest player to make her Superleague debut for Bath, while Kirsty Harris was given her first start, defender Molly Hole also gained more court time and teenager Lily Jones was on the bench alongside her U21 coach and training associate Anya Le Monnier for the first time. 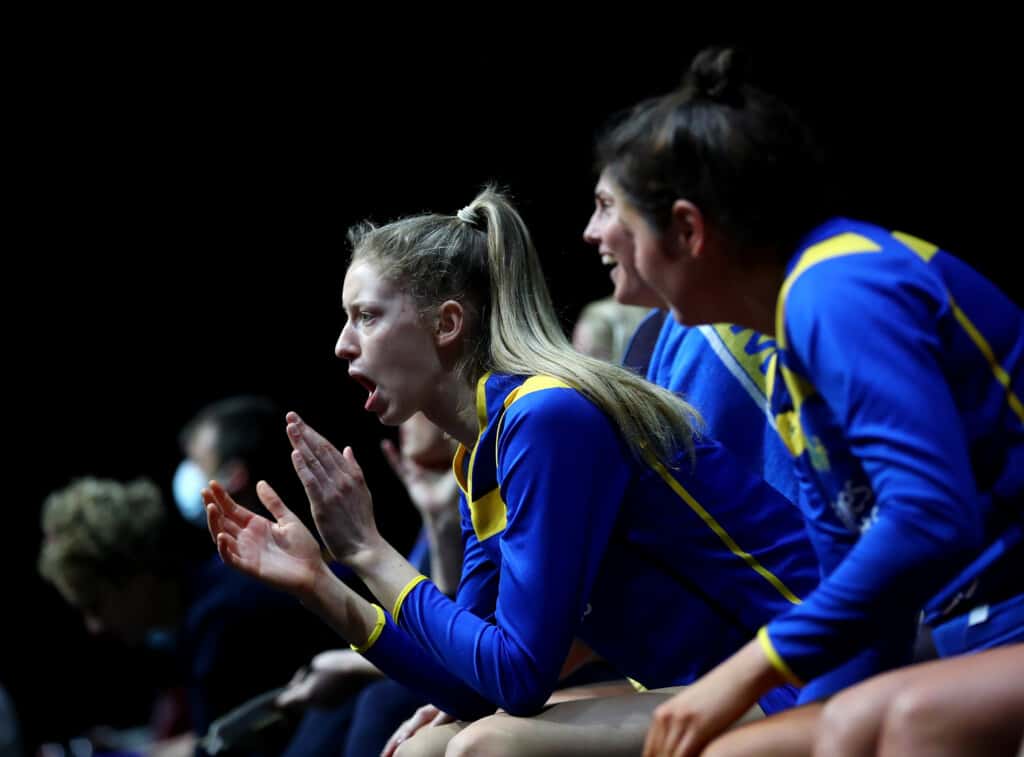 Lily Jones is one of a. number of young players to step up to the squad in the early week (Image: Chloe Knott/Getty Images for England Netball)

Stembridge added: “Pride is definitely the overwhelming emotion after that performance. The work and effort that went into the match and the whole week building up to it was incredible and it shows the culture we have within the group.

“We are always striving to have a leaderful group of players and that really came to the fore as they not only delivered their own performances but they got the best out of each other.

“That was the case in training too, with us coaches planning the sessions and the players running them. Everyone was adaptable and agile in dealing with the situation and there was so much to be proud of.”

Stembridge was also keen to thank Jo Vann, who returned to the Army full-time after last season but stepped back into her coaching role for Monday’s match and travelled to Sheffield with the team.

“We are incredibly lucky to have people like Jo as part of our Team Bath family,” said Stembridge. “She is a true Team Bath legend and I couldn’t have asked for anyone better to take on that role.”

Tickets for Team Bath home matches are available here and you can watch Friday’s action against Surrey Storm live on the Sky Sports YouTube channel.