It’s far from checkmate in the Vitality Netball Superleague title race but Manchester Thunder won the first ‘game of chess’ between the top two.

The best attack in the league trumped Loughborough Lightning’s best defence and a fast start helped Thunder stretch their lead at the summit to six points.

In the end the decisive factor was Karen Greig’s ability to switch it up in the shooting circle.

Both Joyce Mvula and Eleanor Cardwell shot the lights out and were expertly fed by Player of the Match Natalie Metcalf, a true triple threat at wing attack.

The dynamic @nataliesymone is running the show for @thundernetball ⛈️

Watch her side face @LboroLightning live on @SkySports Arena and Mix 📺 pic.twitter.com/J6htBjS7Hh

“I thought match-ups were excellent and they stood up, they did exactly what we asked them to do,” said Greig.

“I’m really proud of how we fought through that game tonight.

“We threw in a few changes here and there – a game of chess really – to try and outmanoeuvre what Loughborough were doing back to us.

“These girls are doing this week in, week out at training. We know what combinations work for us, we know the connections that the players have got between them.

“I think it’s really important that you’ve got changes that you know you can bring on and impact the game at important times of the game where momentum may be shifting, like it was at the start of that third quarter.”

That shift saw Lightning close the gap to a single point midway through the third quarter. Jolted back into action, Thunder still outshot their rivals in the third 17-16.

Lightning really pressing Thunder in this third quarter – what a game we have on our hands 👌 pic.twitter.com/elUiFPjac7

In a game teeming with big names, underrated Vitality Rose Hannah Joseph played a bigger role than most in turning the tide.

Loughborough’s Director of Netball Victoria Burgess was sore at her side’s start to the game, slow by their incredibly high standards.

“Thunder came out all guns blazing and really brought it to us in the first quarter,” said Burgess. “We weren’t quite ready for it.

“We just needed a better start and to be more consistent throughout that quarter. It was a very competitive game. 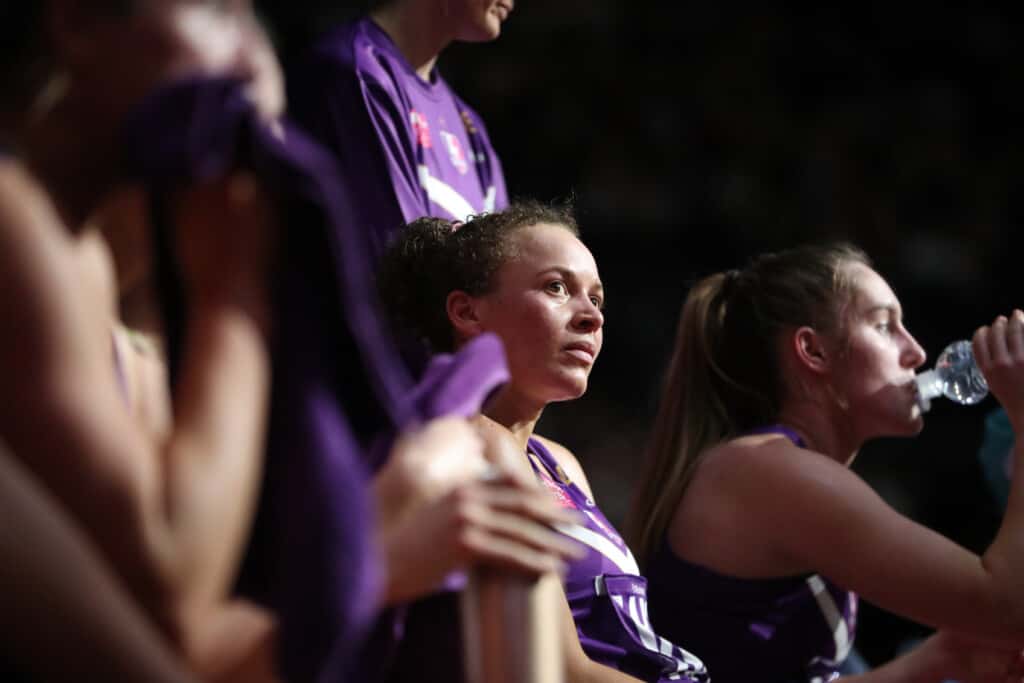 “I think we won the second quarter by two, lost the third quarter by two and then it’s a draw in the final one so it’s very well contested, we just needed a better start.”

Lightning have now lost the first quarter in their last three games; outshot 18-17 by Severn Stars in Round 9 and 15-10 by Team Bath in Round 8.

“We’ll just need to address it,” said Burgess of the trend.

“We had some really good starts early in the season but we’ll have a look at what it is we can fix up and how we can get out there ready to take the court in a better position to perform from the first whistle.