Whether through her on-court dancing or imperious defending, Shaquanda Greene-Noel has captured fans’ hearts and imaginations this Vitality Netball Superleague season.

The Celtic Dragons goal keeper is in fine form, leading the league in turnovers and behind just rising Vitality Roses star Funmi Fadoju for deflections.

But the Trinidad and Tobago international insists she’s driven by scorelines, not spreadsheets.

“It feels good but I’m not a person who focuses on the stats,” said Greene-Noel. “I don’t want to put any additional pressure on myself.

“It’s a testament to the hard work that the girls put out in front of me.

“I don’t think any of those stats come from just me being all glorious – the girls they do a fantastic job and it’s just my job to reward what they’re doing.”

Green-Noel credits her signature celebratory dances to a former coach who helped her through a difficult period that nearly ended her love of netball. Her words have resonated throughout Greene-Noel’s career.

“She said clap for yourself because you can’t depend on other people to make you happy,” remembered the defender.

We're getting used to this @QuandaNoel 😏👑

“I always celebrate the smallest wins, that nobody else is thinking about because it gets me going and it’s important that wherever I am, I’m having a good time.”

Greene-Noel’s positive mindset was instrumental in getting Dragons through a difficult start to the season before results began to upturn in the second half.

They have since picked up three wins and held their own in a couple of close contests, including a one-goal defeat to Wasps on Monday.

“It was tough because we were losing games by big margins,” and you question yourself, ‘am I really doing the best I can do, is this the place that we really want to be?’

“We just had to go back to our goals from the beginning of the season. You can really see the difference now as we’ve learnt each other’s games.

“I’m from Trinidad and Tobago, the netball we play is a different brand to the netball in the UK so it was about me adapting to the style of netball that they play, them adapting to what I play.

“Just ironing out a few things, meshing, making sure that we have each other’s backs on and off court and I can definitely say after spending a few months with the girls, we are a new team in every sense. We are not scared of the big names, we don’t care if you’re ranked first, second, third – we are going to come for you.

“We were losing games by 20 goals, now we’re absolutely pissed at ourselves for losing by one goal – it shows how much we’ve grown, how much we want better for ourselves and the Celtic Dragons.”

The 26-year-old was a new addition to the Dragons this season, attracted by a club committed to fully revamping their setup.

“Something about the Dragons from just being on the outside looking in for a couple of years,” she said.

“It’s no secret that we are and were the bottom team for a couple of years, the idea of being able to build something really sold me on the Dragons.

Dragons have been guided this season by Dannii Titmuss-Morris, and Greene-Noel extolled the virtues of playing under the first-time head coach.

“It’s a dream to work with her,” added Greene-Noel.

“She’s so patient, she’s so knowledgeable. I really appreciate the way she looks at coaching, she understands that the player-coach relationship is important for how well we perform and it’s a big part of her coaching mantra.

“I think that I thrive really well on her coaching style, the little things that she says that get me going. 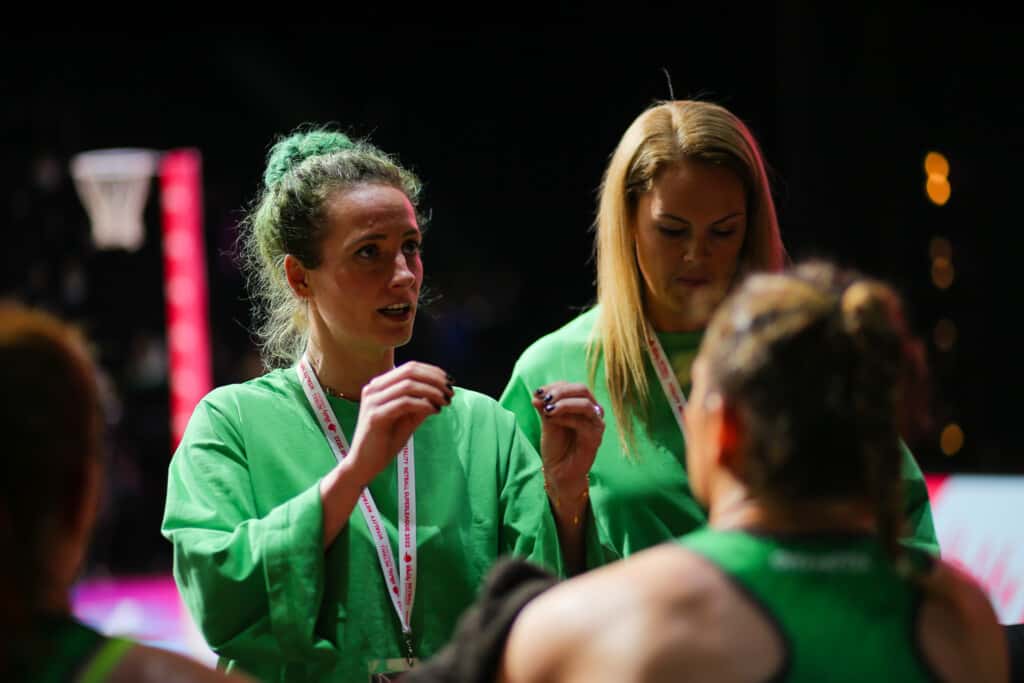 Greene-Noel’s season won’t end with the final game of the Vitality Netball Superleague as she hopes to be a part of the Trinidad and Tobago side competing at the Commonwealth Games in Birmingham.

She said: “I absolutely cannot wait.

“Our first game is against England, in England, and I don’t care – I’m looking forward to putting up a fight.

“My biggest thing is being able to compete, not just participate, and that’s the same with the Dragons.

“I don’t care wherever England are ranked and we’re ranked lower, we are coming to compete against all the teams.

“I cannot wait to run out, I don’t care if it’s England, it feels as if it’s my home crowd as well because I absolutely love the supporters in the UK.

“We will fight until the absolute end, that’s what makes us special. The Calypso Girls, as we’re referred to, we’re known for playing with a lot of flair.

“Just as I celebrate all of my wins, you’ll find a bunch of other girls there as well who will be cheering on loudly whether on the bench or on the court, we’re just happy to be playing in a very supportive bunch.”