From August 8, all 11 Superleague clubs can announce their new signings and retained players for the 2023 season.

Clubs will be expected to announce their squads of 15 in full by the deadline of October 14 2022. Players must be fully registered before they are announced.

With clubs being allowed to approach players from other clubs who are currently out of contract following the conclusion of the 2022 campaign, negotiations are already well underway.

As well as eye-catching movement between our clubs, they can also look abroad to sign talent and are permitted to have up to two non-UK players in the squads.

Last season, we saw some of the biggest signings in VNSL history. Huge names such as Natalie Metcalf, Proscovia Peace and Phumza Maweni all arrived to make lasting impressions in the league last term. 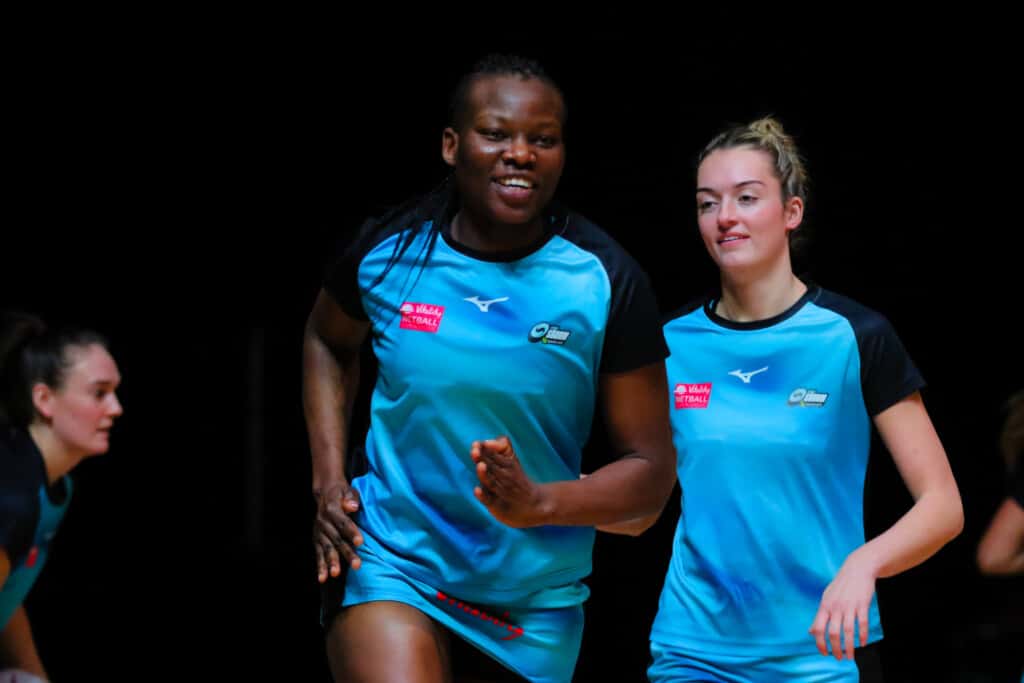 Proscovia Peace warms up for her vnsl return at Season Opener in Birmingham (Image: Ben Lumley)

There have already been some notable departures announced during the off-season. Title-winners Manchester Thunder have lost the likes of Joyce Mvula, Eleanor Cardwell, Laura Malcolm and Caroline O’Hanlon.

On Twitter, you’ll be able to keep across the ins and outs with our 2023 Signing Window Twitter Moment. For specific club news, be sure to be across all eleven of our teams on their respective social media accounts and subscribe to our List.

On Instagram, stay tuned to our 2023 Signing Window Guide to keep up to date.

We will also be covering each signing in full on our website, offering weekly round-ups and are offering a comprehensive overview of 2023 squads on our Transfers page. Don’t miss out!