If you can’t see it, you can’t be it – a truer phrase may never have been said.

And when our Vitality Netball Superleague stars are putting on a show at Commonwealth Games it would be rude not to shine a spotlight on them and all their power, athleticism and poise, with the best photos of the Games so far.

On day four England and Northern Ireland met for the second Home Nations match in as many days and it was just as tasty a tussle as Scotland’s clash with Wales was last night.

England emerged victorious thanks in part to the ever-reliant shooting prowess of Manchester Thunder’s Eleanor Cardwell, who scored 40 goals in Englands 71-27 win, and even had time for some gymnastics 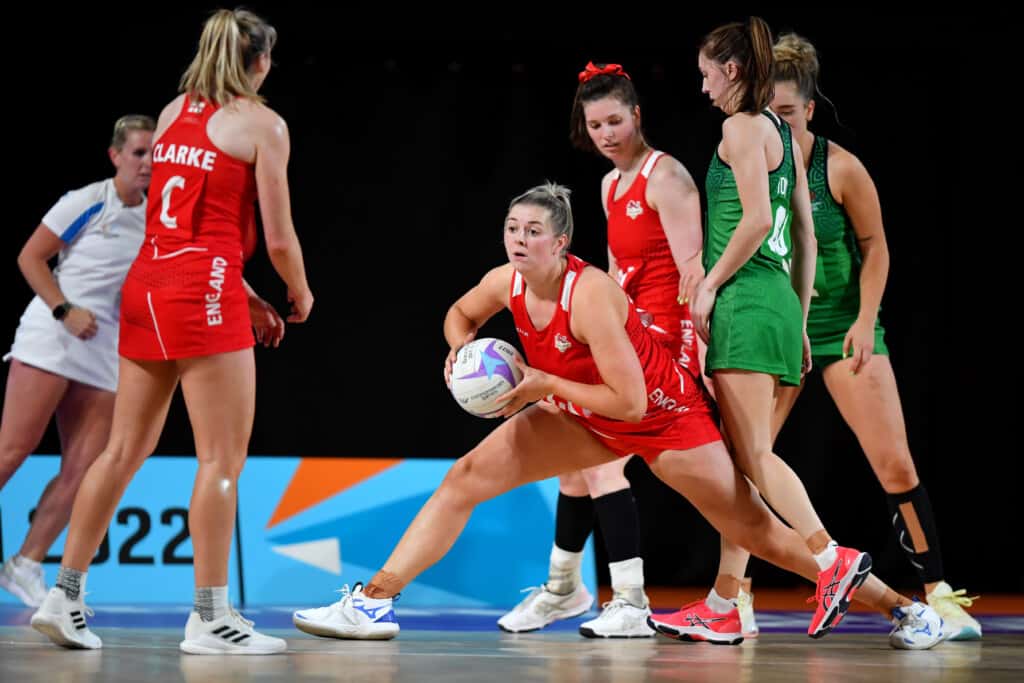 Every ball was fought for with Cardwell’s Thunder teammate Laura Malcolm regularly challenging the Warriors, coming up against Michelle Drayne from Severn Stars on more than one occasion.

Malcolm was everywhere playing across the two wing positions and provided 15 goal assists ensuring her battle for the ball was put to good use. 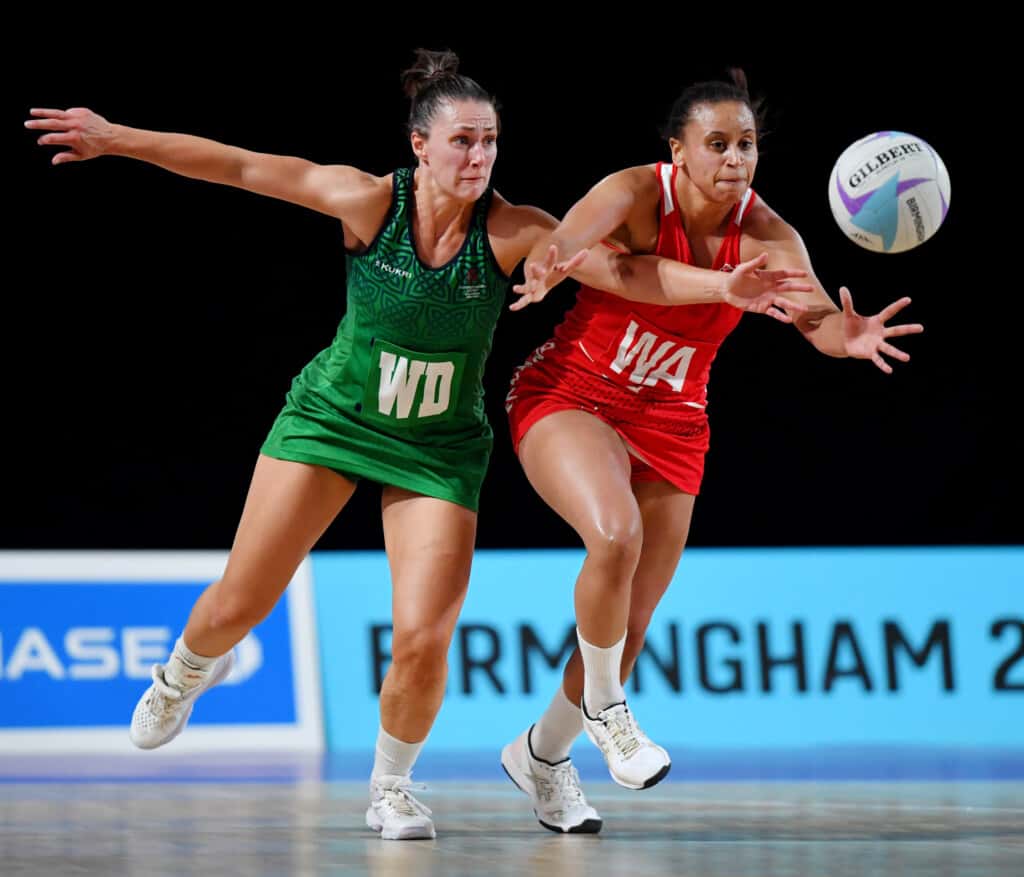 Five VNSL players faced the unenviable task of trying to stop World No.1 Australia, who opened up an eight-goal lead after the first quarter.

The Proteas improved on their 11 goals in the first to 13, but unluckily for them so did Australia who made it 40-24 at half-time.

Thunder’s Shadine van der Merwe led the way for South Africa with four deflections during her 52 minutes on court.

While Phumza Maweni of Team Bath and Loughborough Lightning’s Zanele Vimbela put the learnings from the Barbados win yesterday when they listened to every word of head coach Dorette Badenhorst’s team talk. 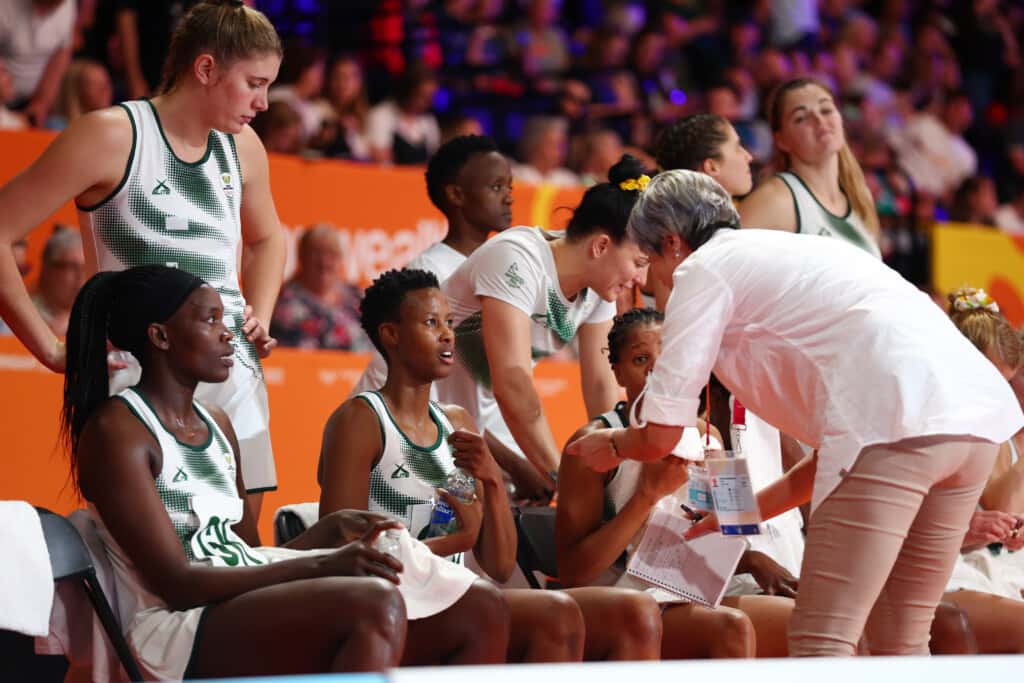 At the last Commonwealth Games, Malawi’s win over New Zealand, their first over the Silver Ferns, sent shockwaves around the netball world.

A repeat was not to be as New Zealand pulled away in the second half, emerging victorious by 69 goals to 50.

But Strathclyde Sirens’ Towera Vinkhumbo was always in the action, who was leading the way in deflections before the start of play today. 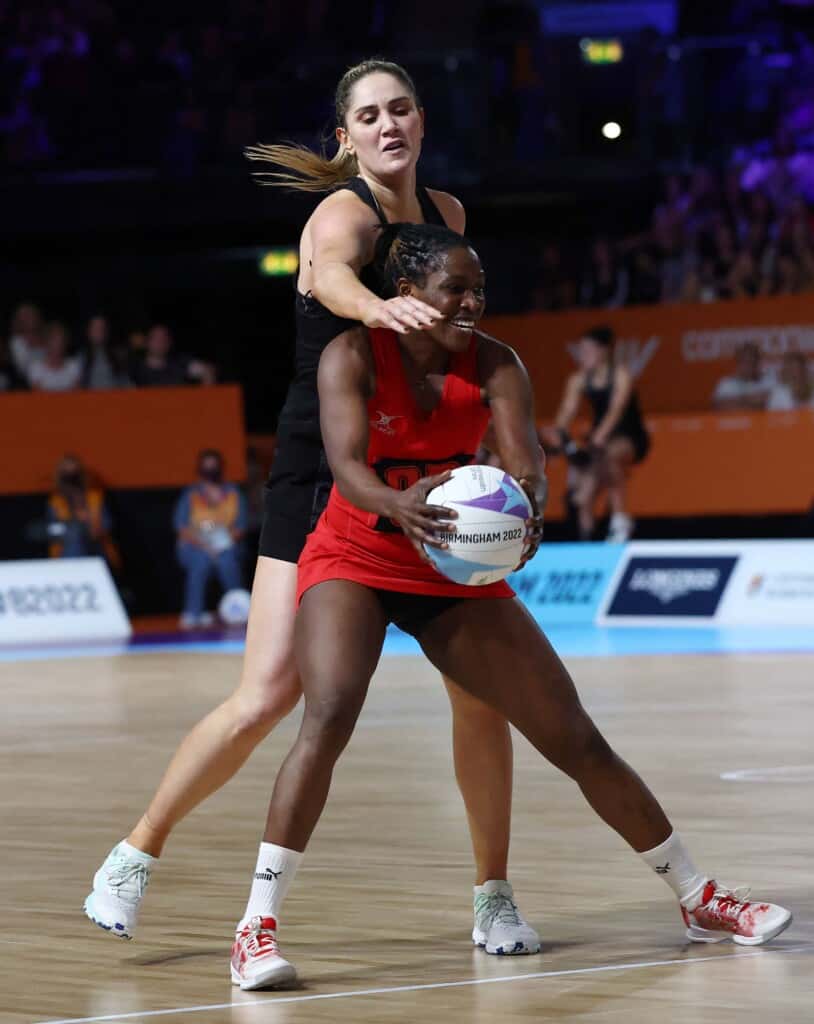 Vinkhumbo added two deflections to her tally also picking up an intercept and a gain as she put her body on the line to keep the Queens in it.

And an honorary mention to this snap from Uganda, which was so good they made it their profile picture.