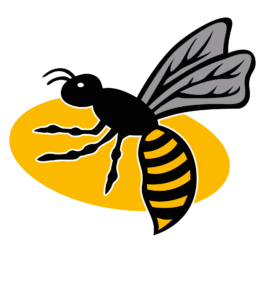 3rd May 2021 by Vitality Netball Superleague

Leeds Rhinos made it three consecutive wins at the Copper Box with an impressive display against top four side Wasps in Round 14 of the Vitality Netball Superleague.

Leading with confidence at the back of a huge win yesterday against Sirens, and previous victory over Mavericks, Rhinos took another speedy early three goal lead as showed no hesitation to send the ball down the court. With early mistakes from Wasps, due to the continuous pressure from Rhinos defensive units, Leeds took every opportunity to capitalise. Transitioning down the court, Rhinos were unstoppable and inevitably this led to a 12-9 lead in the first 12 minutes of this game. Nevertheless, a big goal from Dunn on the buzzer left no question that Wasps were in for a battle.

Going into to quarter two, Wasps made early changes to counteract Rhinos flow that they found early in this game, with Allison stepping on court to replace Harris. Both sides went as Wasps were able to take a three-goal run due to an unfamiliar scrappy few minutes from Rhinos. Forcing two errors into Wallam, this soon resulted in Wasps grabbing a two goal lead with just three minutes remaining in the first half of a tight contest. Kindred came on for Oyesola and a few missed shots from Wasps gave Rhinos another opportunity to take the lead once again. Jade Clarke picked up another intercept for her team, whilst putting her body on the line and bringing her team out on top for with half a game left to play for.

With both sides needing to take a win from tonight’s contest, Rhinos approach the second half hustling for every ball with a bundle of confidence, allowing the attacking unit of Grierson, Dixon and Wallam to play with flare and control. Fi Toner came on to court in the WD position after the break with the determination to do everything she could for her team. Rhinos became more clinal with their possession when in attack and were able to force held balls across the court when in defence, showing the talent Rhinos have throughout their side. Mid court dynamo, Brie Grierson soon became Wasps' biggest challenge, as her quick give and gos within her partnership with Dixon appeared impossible for Wasps to adapt to, despite their tactical changes to their WD in attempt to shut it down.

With 12 minutes remaining, the hard grit and determination would be the deciding factor to which team would come out on top as Leeds had the narrow lead of just one goal. Hunting down for a space in the top four, Rhinos put their foot on the mark and rattled both ends of the court as Dunn and Huckle received cautions. Rhinos remained clinical in taking the ball down the court with speed and control along with a missed scoring opportunity from Wasps, Rhinos solidify their win with two minutes remaining and a 10-goal lead.

With smiles all across the team, Rhinos take another win, appearing a class act against previous Super league champions -  Wasps. Next Sunday Leeds Rhinos face Bath, in hope to continue their winning strike in round 15.

Player of the Match: Brie Grierson.