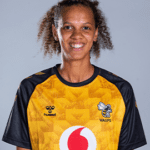 The 2022 season finally exploded off to to a great start with Resorts World Arena, Birmingham hosting all teams in the much anticipated opening weekend.

Saracens Mavericks were set to meet Wasps Netball after their first ever victory over them in 2021...and the crowd were in for a treat. Saracens Mavericks saw their England Roses stars Gabby Marshall (VC) and Razia Quashie lace up for the first time after both enduring arduous rehab journeys. Razia Quashie who suffered an Achilles rupture during last season has been inspiring during her 8 month recovery. Similarly Marshall having both ankles operated on just before Christmas, has been a role model to get back better than before. Quashie started the game at Goal Keeper and looked like she hadn’t been away from the game. Her rehab partner in crime Gabby Marshall also slotted back into the fold and produced a hugely influential performance for her side. Wasps got the game stared with first centre pass and Jodie Gibson (Saracens Mavericks GD) waited all of 4 seconds before winning the ball for her team, setting the tone for the opening minutes of the quarter. Mavericks looked to put their stamp of intent on the game, whilst a Wasps side tried to establish their attacking connections - both doing so with glitches. A close first quarter ending in Saracens Mavs favour 14-10.

No changes made in the second quarter with both teams wanting to assert themselves, but it proved to be a messy start with offside calls, fumbles and missed shots. The Mavericks back quartet of Ecuyer-Dale, Marshall, Gibson and Quashie looked the most connected with a tip, knock on & pick up between them which lifted the teams momentum. Jameela McCarthy not to miss out on the defensive action made her debut with 2 mins to go gaining her Saracens Mavericks number #97. Wasps defence end lifted their pressure half way through the quarter forcing the red and blacks into some errors. The experience of Wasps stalwart Rachel Dunn rewarded that work, finding her connection with Lucy Parize and taking the quarter by 2 goals, ending the first half 26-24.

Both teams stepped into the third quarter with minimal changes. For Mavericks, McCarthy moved back to GK and Gibson re-entered the game at GD. Saracens Mavs were keen to get control of the game with some tactical changes and a strong captains performance from Sasha Corbin. Wasps adapted their play with some back marking hassle, but it was the combo of Venter and Corbin that started to take shape, taking the red and blacks into a healthy 11 goal lead at the end of the 15mins. 46-35.

Zaranyika and Lees entered for Saracens Mavs with the youngster Zaranyika making instant impact defensively and Lees opening up the attack end to continue the connection with Venter. The final quarter saw Chloe Essam slot into GA for Saracens Mavs and seamlessly continue the through Court slickness. Wasps new defensive unit of Fee, Huckle & Powell Davies started to show promise with long ball being created for Huckle to fly out & win, pushing Saracens Mavs all the way to the end. Kat Ratnapala gave the crowd what they’d been cheering for and entered Britney Clarke into GS. The Mavericks side finished with an acceptable 58-49 win over the Coventry based team.

Mavericks coach, Ratnapala, said “There was a lot of nerves out there today, for a number of reasons and it was fantastic to get all 12 players out on court and walk away with the points. To have Gabs and Raz back on court was excellent and all credit to their hard work during preseason. The focus now is to learn and back up performances so we can continue to build as a squad to the next game.”

Vitality player of the match went to Kadeen Corbin.