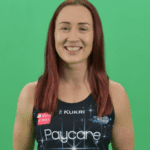 Severn Stars storm to victory in the Vitality Superleague Season Opener at Resorts World, Birmingham, as they beat Surrey Storm 56-47.

Pre-season matches between the sides resulted in a win for each team, which added to the anticipation of the first-round match. New look sides for both teams saw a blend of experience and emerging talent, including Issy Eaton, 17, joining the starting lineup for the first time. The other end of the court saw the welcomed return to the league of Ugandan International, Proscovia Peace.

There was nothing separating the sides. After the first quarter, the score was tied at 13 apiece, with a clinical display from both teams. The new defensive duo of Lucy Herdman and newcomer Summer Artman made it difficult for Storm, with Northern Ireland international Michelle Drayne linking through court in the centre position. Head Coach Melissa Bessell made changes throughout the quarter, with Elisha New stepping up from training partner to make her Stars debut.

Captain Liana Leota led her side to an early lead in the second quarter. Nicole Humphrys, who moved to Stars this season after playing for Storm previously, took to court at WD and made an immediate impact. Storm maintained the pressure, making a number of crucial interceptions throughout the quarter. However, the new look Stars side didn’t panic and maintained their composure ending the first half 25-23. The second quarter saw 100% shooting stats from Stars with Eaton, Paige Reed and newcomer Katie Harris being supported from the bench by new signing and netballing legend Cat Tuivaiti.

Vitality Player of the Match, Paige Reed commented after the game, "At half-time we came together in the changing rooms and demanded more from ourselves, as we thought that in the first half we had so much more to give."  Although the start of the third quarter saw a number of errors and turnovers from both sides. Stars eventually took control, extending their lead to six goals halfway through the quarter. Surrey Storm Director of Netball and Head Coach, Mikki Austin moved herself to the bench, to allow one of their new signings Abi Robson to take to quarter and to watch her new side step up to the challenge. Quarter ends 38-33.

Stars came out dominant in the final quarter. Reed kept Stars spirits high with her pinpoint passes in the circle and high shooting percentage. Stars continued to apply pressure throughout court, keeping possession and making crucial turnovers when it mattered. They maintained their intensity to the final whistle, ensuring they started the season with a win against a strong Surrey Storm side on the final match of the first day.