All ten Vitality Netball Superleague sides are being represented at the Vitality Netball World Cup in Liverpool this July. The Scottish Thistles’ fixture with Samoa at the M&S Bank Arena, Liverpool, will bring 11 of these stars together.

Scotland have regularly appeared on netball’s biggest stage, qualifying for 13 editions of the World Cup since the tournament’s inception in 1963. In 1987, they became one of just seven nations to have hosted the competition but their greatest result remains their trio of sixth-place finishes in 1971, 1975 and 1983 respectively.

Their opposition, Samoa, first appeared at the World Cup in 1991. The Samoans have been consistent when on the world stage, qualifying for every edition since their debut and finishing in the top ten on six separate occasions.

Wing attack and centre Kelly Boyle has four caps to her name and will make her World Cup debut in Liverpool this summer. The 23-year-old will be looking to make her mark in an impressive Scotland squad.

Another of the 11 Strathclyde Sirens representing the Scottish Thistles on the world stage, Lynsey Gallagher is talented, experienced and able to play at GS, GA or WA. At 27, Gallagher has collected 81 caps for her country and has previously represented the Thistles at the World Cup in 2015.

This will be Ella Gibbons’ first experience of a World Cup and she will play a vital role in the Scottish Thistles’ performance this summer. At 6’3, the 24-year-old featured as goal defence and goal keeper for Strathclyde Sirens during the 2019 Vitality Netball Superleague season. While Sirens might have finished lower than they would have hoped, Gibbons formed part of a defence that conceded just 995 goals.

Bethan Goodwin has just finished her third season in the Vitality Netball Superleague and the youngster has already enjoyed an impressive start to her promising club career. As a result, Goodwin is beginning to transfer her Sirens performances onto the international stage. The goal shooter / goal attack is only 20 but she has already amassed 19 caps for her country.

Playmaker Claire Maxwell will captain the Thistles in Liverpool and will secure a coveted century of caps during the opening stages of the competition. The pacey centre and wing defence started playing at primary school and has gone onto captain her country as well as Strathclyde Sirens.

Another of the Scottish Thistles’ young squad, teenager Niamh McCall has come into the Sirens side and has made her mark at goal attack. The 19-year-old got into netball at primary school just a decade ago and will now be competing at the highest level of the sport.

Hayley Mulheron, who plays as goal keeper or goal defence, has been a key figure for her country for several years. A talented sportswoman, having had the opportunity to play football too, Mulheron has surpassed 100 caps for the Scottish Thistles. The 33-year-old played at the 2007 and 2015 editions of the World Cup. 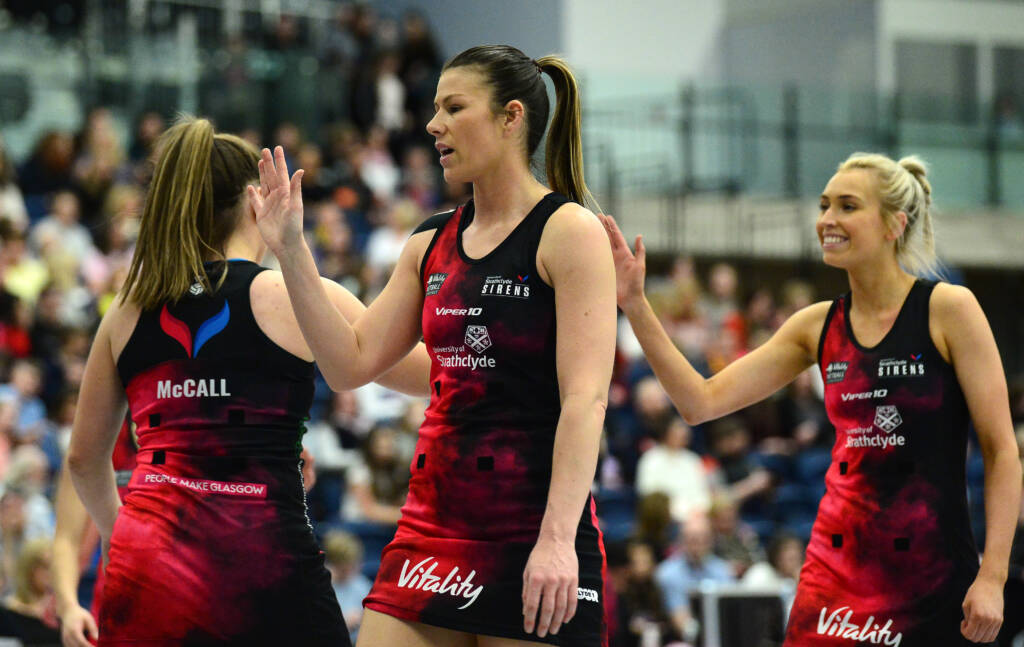 Emily Nicholl’s sister originally inspired her to take up netball and the goal defence / wing defence will be glad that she did. During her young career, Nicholl has represented Scottish Thistles on 15 occasions and regularly took to the court for Sirens during the Vitality Netball Superleague season.

Scotland and Samoa have come together on three occasions of late with the former coming out on top each time. The pair locked horns at the Vitality Netball World Cup in 2015, with the Thistles winning 47-36. Since then, two international friendlies took place in 2017. The hosts won 56-39 and 63-36 respectively.

The two under 21 sides have also met in the past. During the Netball World Youth Cup in Glasgow during 2013, Samoa comfortably defeated their Scottish counterparts 54-31 and 50-35. However, Scotland ran out 46-44 winners in the 2017 edition.