All ten Vitality Netball Superleague sides are being represented at the Vitality Netball World Cup in Liverpool this July. When the Vitality Roses lock horns with old rivals Scottish Thistles at the M&S Bank Arena, Liverpool, a total of 17 players who featured in the 2019 VNSL season will hope to star.

English netball is at an all-time high following the Commonwealth Games triumph at the Gold Coast last year. The Vitality Roses have played at all 14 previous editions of the Netball World Cup. They hosted the first ever Netball World Cup – known as the Netball World Championships then –  which took place in Eastbourne in 1963 and now embark on their first home World Cup in 24 years (1995 Birmingham). In 1975, under coach Mary French, England finished in second place, their highest ever position in a World Cup.

Scotland have regularly appeared on netball’s biggest stage, qualifying for 13 editions of the World Cup since the tournament’s inception in 1963. In 1987, they became one of just seven nations to have hosted the competition but their greatest result remains their trio of sixth-place finishes in 1971, 1975 and 1983 respectively.

Serena Guthrie was first selected for the England squad 11 years ago, making her debut when she was just a 17-year-old. Guthrie was named in Super Netball’s Team of the Year in 2018 before returning to Team Bath, who often benefit from her unplayable performances in the centre. One of the world’s most dynamic players, Guthrie will lead the Vitality Roses in Liverpool as captain.

Eboni Usoro-Brown is one of the most decorated and well-known members of the Vitality Roses. The 31-year-old has represented her country at two previous World Cups and in three Commonwealth Games. The experienced defender was nominated for the Vitality Player of the Season Award thanks to her stellar performances with Team Bath.

Jade Clarke is England’s most capped player of all time with 161 caps to her name. The 2018 Commonwealth Games gold medallist plies her trade for Wasps Netball and was among the highest in the league for interceptions last season. The mid-court star brings a vast amount of experience and leadership to the court.

Clarke’s Wasps teammate, Rachel Dunn, enjoyed a highly prosperous Vitality Netball Superleague campaign. The clinical goal shooter finished as the second-highest goal scorer in the regular season and was subsequently awarded the Vitality Player of the Season accolade. Dunn, who has amassed more than 200 Vitality Netball Superleague appearances, debuted for England in 2004 and has since collected a number of medals.

At 21, Fran Williams is the youngest member of Tracey Neville’s World Cup squad. Williams, who has previously captained her country at the Netball World Youth Cup in 2017, comes off the back of an impressive season for Wasps where she finished in the league’s top five players for interceptions. Despite her tender age, the defender has three caps for the Vitality Roses and will play a big part in Liverpool. 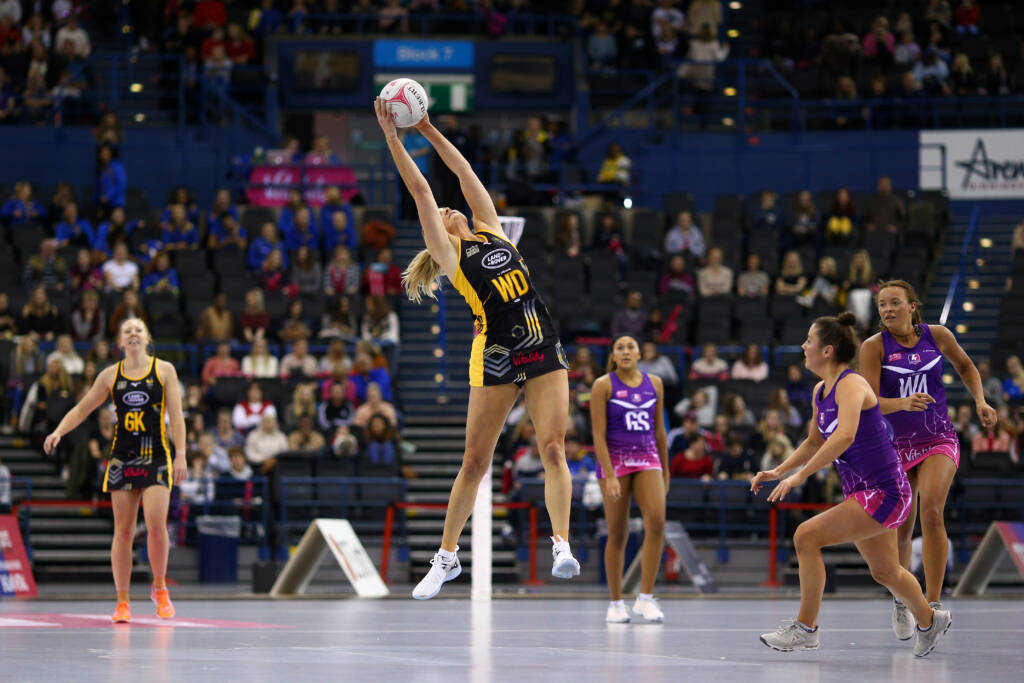 Vitality Rose and Loughborough Lightning star Natalie Panagarry is an energetic and popular figure in the netball scene. The rising star, who plays at centre or wing defence, captained Lightning last term and was a standout figure for her side throughout the season. Panagarry was thus nominated for the Vitality Player of the Season Award.

Wing attack and centre Kelly Boyle has four caps to her name and will make her World Cup debut in Liverpool this summer. The 23-year-old will be looking to make her mark in an impressive Scotland squad.

Another of the 11 Strathclyde Sirens representing the Scottish Thistles on the world stage, Lynsey Gallagher is talented, experienced and able to play at GS, GA or WA. At 27, Gallagher has collected 81 caps for her country and has previously represented the Thistles at the World Cup in 2015.

This will be Ella Gibbons’ first experience of a World Cup and she will play a vital role in the Scottish Thistles’ performance this summer. At 6’3, the 24-year-old featured as goal defence and goal keeper for Strathclyde Sirens during the 2019 Vitality Netball Superleague season. While Sirens might have finished lower than they would have hoped, Gibbons formed part of a defence that conceded just 995 goals.

Bethan Goodwin has just finished her third season in the Vitality Netball Superleague and the youngster has already enjoyed an impressive start to her promising club career. As a result, Goodwin is beginning to transfer her Sirens performances onto the international stage. The goal shooter / goal attack is only 20 but she has already amassed 19 caps for her country.

Playmaker Claire Maxwell will captain the Thistles in Liverpool and will secure a coveted century of caps during the opening stages of the competition. The pacey centre and wing defence started playing at primary school and has gone onto captain her country as well as Strathclyde Sirens. 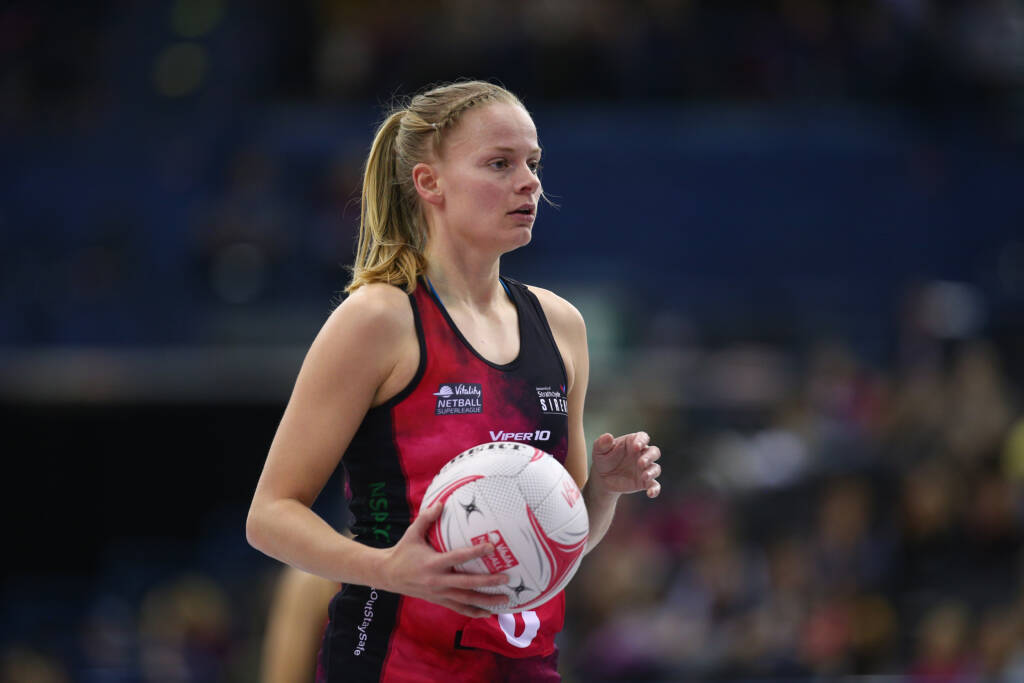 Another of the Scottish Thistles’ young squad, teenager Niamh McCall has come into the Sirens side and has made her mark at goal attack. The 19-year-old got into netball at primary school just a decade ago and will now be competing at the highest level of the sport.

Hayley Mulheron, who plays as goal keeper or goal defence, has been a key figure for her country for several years. A talented sportswoman, having had the opportunity to play football too, Mulheron has surpassed 100 caps for the Scottish Thistles. The 33-year-old played at the 2007 and 2015 editions of the World Cup.

Emily Nicholl’s sister originally inspired her to take up netball and the goal defence / wing defence will be glad that she did. During her young career, Nicholl has represented Scottish Thistles on 15 occasions and regularly took to the court for Sirens during the Vitality Netball Superleague season.

The Vitality Roses were triumphant in the first meeting between these two nations during the 1947/48 season. Most recently, Tracey Neville’s side overcame Scotland 74-28 at the 2018 Commonwealth Games. In fact, Roses have won their last five encounters since 2013 including a 60-19 victory at the 2015 World Cup in Australia.

In the Vitality Netball Superleague, Sirens, who harbour 11 of the 12-strong Scotland squad, were unsuccessful in every game against a Vitality Rose. The Scottish outfit endured negative results at the hands of Panagarry’s Loughborough Lightning, Usoro-Brown and Guthrie’s Team Bath, and the Wasps Netball trio of Dunn, Williams and Clarke.