The game started at a pace with Wasps Netball’s Rachel Dunn scoring an impressive five-pointer within the first 12 seconds of the game.

Harten wasn’t far behind her though and scored two five-pointers in quick succession.

Lightning didn’t leave it long to hit their Golden Buzzer, clearly wanting to develop an early lead. It was incredible timing from the bench and they banked 10 points from a Harten shot immediately.

A further 20 points from Harten in the two-minute Power Play pushed the score to 5-40, giving Wasps something to chase.

Harten didn’t stop there and quickly sunk another five-pointer and with Dunn and her trading goals the scoreline reached 10-50. 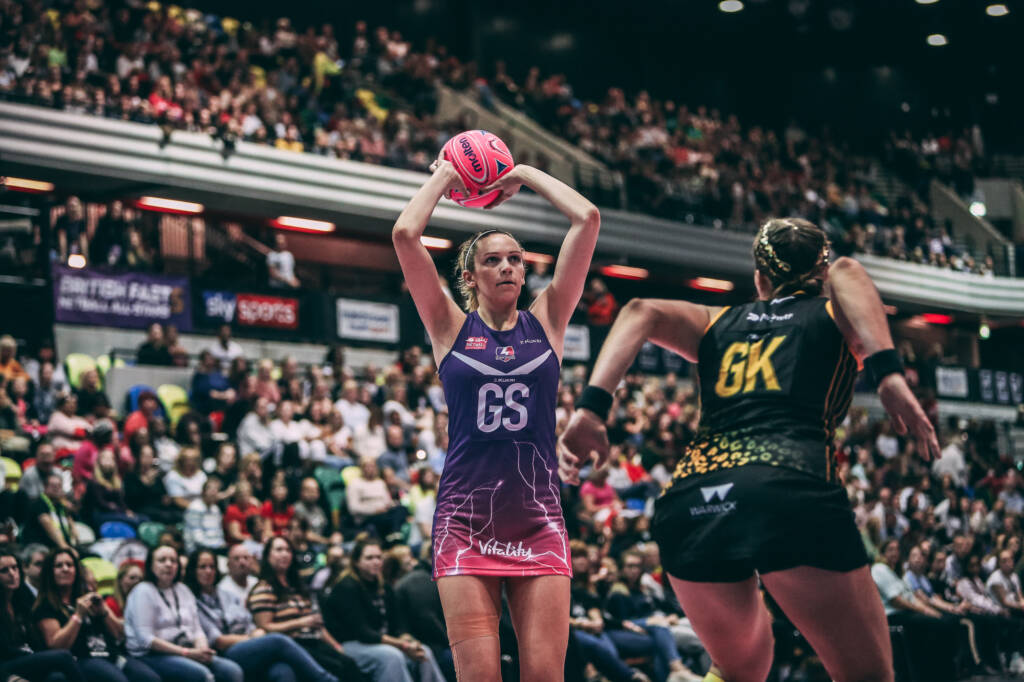 Now it was time for Wasps’ Power Play and it was another instant impact with Dunn scoring from the five-point range straight away. She scored another 10 points before the two minutes were up but Harten hadn’t stopped, scoring three and five-pointers throughout Wasps’ Power Play which kept Loughborough out in front.

With the score now at 35-58 and less than 30 seconds to go, Harten couldn’t help but score a final three-pointer to bring her individual total to the record breaking 58.

It was an impressive performance from Loughborough Lightning that felt comfortable in the later stages and it also came as no surprise that Jo Harten was named the tournament’s MVP.

If you loved seeing all the action at the British Fast5 All-Stars, make sure you’ve secured your tickets for the Vitality Netball Superleague Season Opener 2020 – buy tickets now!