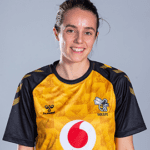 Rachel Dunn scored 45 points in a vital win for her Wasps side (image: Morgan Harlow)

Wasps bounced back from a heavy defeat to Manchester Thunder with an impressive 57-52 victory over Leeds Rhinos at the CBS Arena.

Wasps took the first centre pass of the game, Michelle Magee tipped the ball early and after some very tight defence within the circle Rebekah Airey earned herself the ball allowing Sigi Burger to put the first goal on the board.

The game was quickly back level just seconds later as ball was quickly lost from a Rhinos centre pass.

Hall found Burger open under the post to keep the game level. Rachel Dunn picked up her own rebound for a second opportunity at goal as well as converting a Rhinos centre pass which gave Wasps and early lead.

Wasps were then forced wide off their sideline, Rhinos built on the ball and after some super speed from Brie Grierson, Rhinos were in shooting position, a missed shot gave Wasps possession but Magee had other ideas picking the ball back up for her side.

Grierson came out quick for the next centre pass and netted her first of the game to bring it back level at 4-4.

Wasps took a turnover but a footwork call was later made further down court, Burger took the ball to goal. Each team continued to convert from their own centre passes to keep the game level.

Grierson and Amelia Hall combined patiently but there was another missed shot from Rhinos. Rachel Dunn took the last goal of the first quarter giving the home side a one-goal advantage 14-13.

Rhinos took the first centre pass of quarter two and took it quickly to goal to level terms.

Airey then took a well earned backline for Rhinos and Grierson finished it off with the shot giving her side a three goal lead at 18-15.

Burger netted another and remained strong on the body of Josie Huckle, allowing her to extend Rhinos lead to five at 16-21.

Airey came out on the hunt for ball forcing Wasps off the sideline, Amelia Hall picked up a loose ball shortly after, quickly feeding Burger for 16-22.

Huckle won ball from Burger and the gap was to four 18-22. Tuiane Keenan moved into the GK position, Airey moved to Goal Defence with Vicki Oyesola moved to the bench.

Huckle was called for an obstruction, but Wasps then forced Rhinos off their backline to bring the game back to one at 27-28. 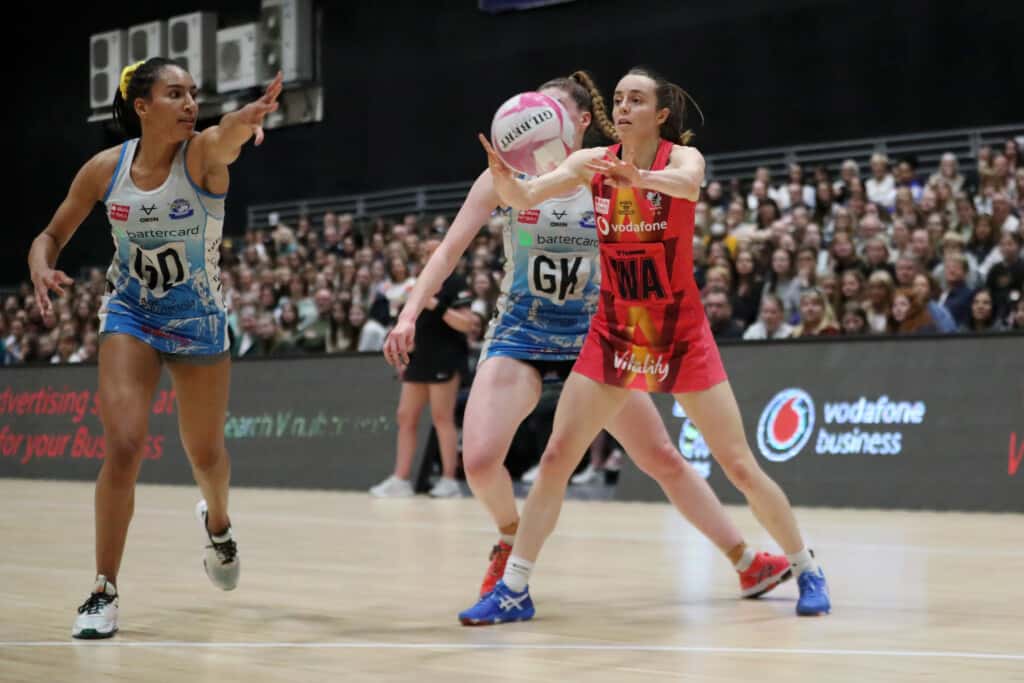 Jade Clarke picked up a dropped ball within the circle which allowed Burger to add one more and extend the lead.

Hall was called for a replayed ball and after a final second contact call, Dunn got another go at goal to level the game 29-29 at half-time.

At the break, Tracy Robinson made one change which saw Lydia Walker take to court in the WD position. Tight defensive pressure from Wasps saw them take the first two goals of the quarter after Rhinos fumbled possession and gifted the ball to the home side.

Rhinos caused a held ball against Wasps and quickly took both a Wasps centre and one of their own to goal to level the game again.

Keenan came out on the fly to earn herself the ball from Iona Christian, Burger continued to be strong under the post to give her side a two goal lead at 31-33.

Both sides remained determined and after end to end play Rhinos held onto their two goal lead.

Wasps responded with high levels of pressure which resulted in Rhinos going off the sideline.

It was then Huckle's turn to go out on the fly for the ball and quickly earned herself possession but Keenan came from within her circle to the top of her defensive third to regain possession for her Rhinos side and make it 36-34.

The next ball was too quick for Grierson and as Burger went to pick up the loose ball she was called for contact. Rhinos transitioned well and Burger was successful again under the post to extend the lead to four.

Hall ended the quarter by finding Burger but their was a little too much on the shot allowing Wasps just enough time to take the ball to goal before the end of the quarter at 42-40.

For the final 15 minutes Oyesola picked the GD bib back up and Rhinos instantly forced a Wasps error, adding to their tally.

Hall and Clarke played the ball on the circle edge between each other but after two missed shots from Rhinos, Wasps had possession and found Dunn for 41-43 and the game was soon back level at 44-44. 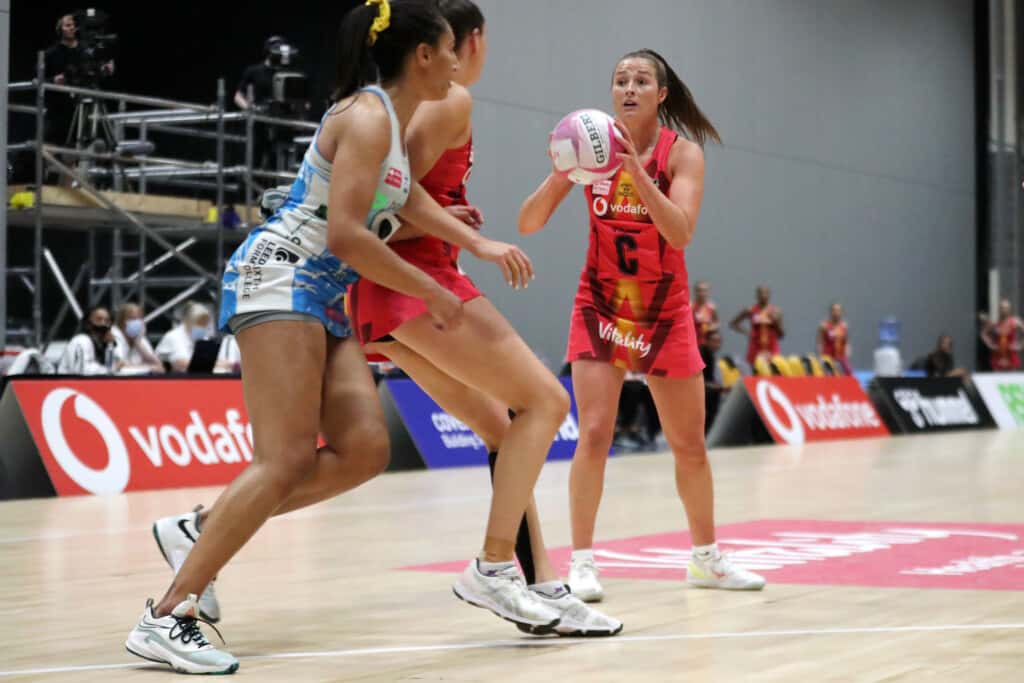 Clarke helped her side remained calm and Burger snatched her own rebound after a little confusion in regards to the umpires call at 45-45. T

hTe game remained level until Huckle got a tip from within the circle, Oyesola then tipped the ball off the sideline but Wasps took it to goal and made it 48-46.

Wasps were patient on their transition and after further errors from Rhinos, they soared into a five-goal lead.

Ella Powell-Davies tipped the ball into the hands of Huckle and after a quick transition Christian found Dunn under the post to add one more at 52-46.

Clarke was quick to get the ball back to the centre circle for a Rhinos centre pass, their continued patience on the shot rewarded when Sienna Rushton got her first at 53-47.

Rushton and Burger cemented their combination and worked well as a duo within the circle, however the strong defensive unit of Huckle and Powell-Davies proved too strong. Wasps finished the game with a final long shot to secure a five goal win 57-52.

You can also watch the highlights from all the games in the VNSL 2022 season HERE. Buy tickets to support Wasps at their home games here and support Leeds Rhinos at their home ground by buying tickets here.