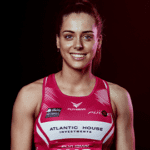 London Pulse completed a perfect Spring Showdown weekend as they defeated Saracens Mavericks 53-46 in an enthralling encounter to make it back-to-back wins in Birmingham.

The starting line-up for London Pulse remained the same from the previous day's win over Wasps as both squads looked for the win sitting on the same points and goal difference in the table.

Mavericks started quickly and turned over the first centre pass before taking a quick three-goal lead. A turnover from the Pulse defence then got them off the mark.

While it was a nervy start from Pulse, a fantastic turnover from GA Sacha McDonald was worked to goal and sparked Pulse into action before the quarter ended 13-13.

There were no changes for the Pulse side going into the second quarter, which started with both teams trading goal-for-goal. Jas Odeogberin then secured a turnover with five mins gone in the quarter but Pulse were not able to reward it at the other end.

After Mavs opened up a three-goal lead, Pulse brought it back to level again. Tayla Honey was able to find Liv Tchin with more and more ease as the quarter progressed.

There was little to split the teams as they went into the break 26-27.

The first centre pass ended with Pulse getting back level again before Mavericks pulled out a small lead, only for Pulse to dig deep and level the scores with a clinical attacking display.

Strong defensive work then forced the turnover and resulted in Tchin scoring as Pulse took the lead, 32-31.

That was followed by another fantastic attacking turnover as Pulse slotted a further goal as the momentum started to swing, with Pulse opening up a 34-31 lead.

Another huge intercept was rewarded with a goal just before the end of the quarter, making it 38-34.

Mavericks got off to a quick start the final quarter and reduced the Pulse lead to two.

Pulse responded to stretch the lead back out to four before a huge rebound from Jayda Pechova proved vital just as the momentum had started to lean in Mavs favour again, resulting in a goal to make it 44-41.

That was followed by some incredibly patient play from the attack as Pulse pushed their lead out to five.

And then another sensational intercept in the closing minutes secured victory for Pulse, as they made it back-to-back wins at the Spring Showdown with an impressive 53-46 as Pulse victory.

Director of Netball at London Pulse Sam Bird said: “A really good performance, a brilliant game. We’ve shown we believe we are a fit team, we knew we’d be strong on a second day and we’ve shown that. I’m so pleased with the way we’ve responded to a couple of real stinkers of games. We leave with the six points we came for!”

Player of the Match: Alicia Scholes

You can also watch the highlights from all the games in the VNSL 2022 season HERE. Buy tickets to support London Pulse at their home games here and support Saracens Mavericks at their home ground by buying tickets here.