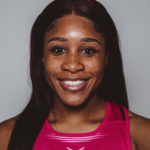 After last week’s season opener, London Pulse travelled to Guildford to meet Surrey Storm in the Battle of The South. Both teams were involved in really close games last Saturday and the crowd were expecting another close encounter.

Pulse got off to a sizzling start and 6 minutes into the game, they had taken a 5-goal lead. The Pulse attack were finding lots of space within the attacking third and Thomas capitalised on this by excellent vision and feeding into the circle. Burger was holding well with good angles and making the most of her height advantage to make the shots count. Basic errors from Storm gave Pulse many turnovers, allowing them to increase their lead to 10-1 with 8 minutes to go. With Austin being cautioned for deliberate contact, this meant the Storm defence had to hold back slightly enabling Pulse to race into a 19-6 lead at the end of the first quarter.

Heading into the second quarter, Pulse looked strong and determined to pick up where they left off. Storm made changes within their attack and defence, which increased the intensity and gave them the uplift they needed. Despite this, Pulse’s mid-court continued to deliver pin-point high feeds into the circle and in defence Adio’s elevation was still a point of contention for Storm. However, halfway through the second quarter the changes Storm made started to pay dividends and this was making it more difficult for Pulse to get the ball into the circle. This forced Sam Bird to make changes, introducing Tchine in at GS and moving Burger out to GA. Steadily Storm grew in confidence and clawed it back to only a 4-goal deficit at half time.

With good impact and playing fearlessly both sides contested a hard fought third quarter. Pulse made a defensive change with Fadujo entering the court at GD and immediately making her presence felt with tips and intercepts. She also supported with improved ball distribution down through the court and further spreading Pulse’s play. Nonetheless, unforced errors in the mid-court were creeping into the game costing Pulse valuable opportunities to take the ball to goal. Storm pushed hard to bring the score back to level pegging, unsettling Pulse in the process and interrupting their rhythm and flow. With Semple coming back to GA and Burger going to the bench. Pulse showed their versatility. 34 all with 5 minutes to go, Storm was really starting to crank up the pressure. Just before the quarter ends, Burger re-enters at GS, making a more recognisable line-up in attack.

Pulse started the last quarter with the first centre, showcasing patient play to eventually take the ball to goal to level up to 39 all. Fadujo again influences the game with high-powered interceptions. Both teams playing with fluidity, but careful with possession and trying to keep the unforced errors to a minimum. Accuracy within the Pulse circle, but Storm matching up at their attacking end going goal for goal. A flurry of changes within the defence and mid court enabled Pulse to confuse the space for Storm feeders. Gradually Pulse’s continued pressure to the final whistle paid off, as they managed to edge the win and beat Storm by one goal.

“Very topsy, turvy game. Fantastic first quarter, but to Storms credit they responded really well. They made changes that were very effective and took us a while to adjust to that. I was absolutely delighted with Funmi when she came on, I thought she was outstanding and she won so much ball. But just to have the belief to push on in that tight game is just brilliant for this team”.